Big news at the Topsfield Fair last weekend. Ron Wallace grew a pumpkin that weighed in at 2,009 pounds and broke the world record. 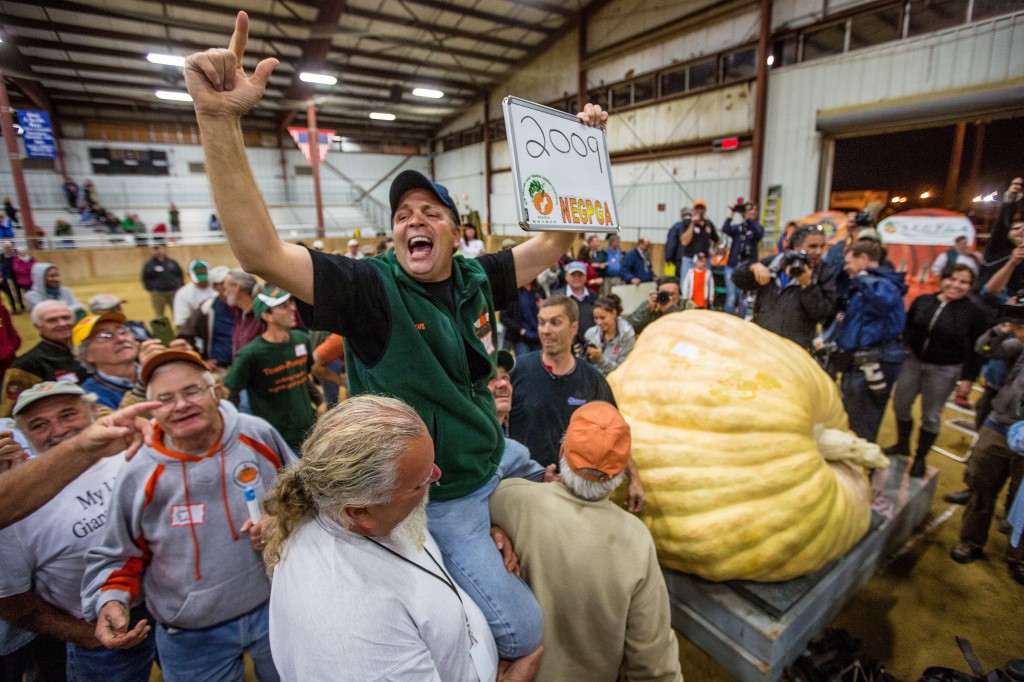 I have been fascinated by this. I have been struggling (and succeeding) as a vegi gardener for the last couple years. It is hard to grow a 1/4 pound tomato, let a lone a pumpkin that is a ton.

I am envious of the community of competitive pumpkin growers.  They seem like they are frien-enmys, loving to brag about their discoveries and very competitive.

It is so uncertain. They measure and predict the weight of the pumpkin as it grows. Toward the end of the season it is growing a pound a day. The grower doesn’t know if it might be too hollow inside and maybe not weight much at all.

Then they have to take it from their garden to the competition. And then from the platform to the scale. Another Topsfield competitor made it to the fair, but the pumpkin fell apart in the straps getting lifted on to the scale.

Congratulations Ron Wallace I am impressed!!