When you see the pictures, baked donuts look like they would be the yummy greasy donuts slightly crispy treats that I get apple picking or at the Donut Shop in Eagle Bay. Mmmmm… those are good. But baked donuts (or at least the ones I’ve baked so far) are more along the lines of a donut shaped coffee cake. They are good too.

One of the best parts of baking donuts at home is they take less than 20 minutes from prep to cleanup.  I got this donut pan for Christmas, and baking donuts makes an easy before school treat. This morning I turned on the oven, put some eggs on the stove to hard boil, had a kid measure and stir the cinnamon and sugar and peel some clementines, while I made the donuts and everything was finished at about the same time. 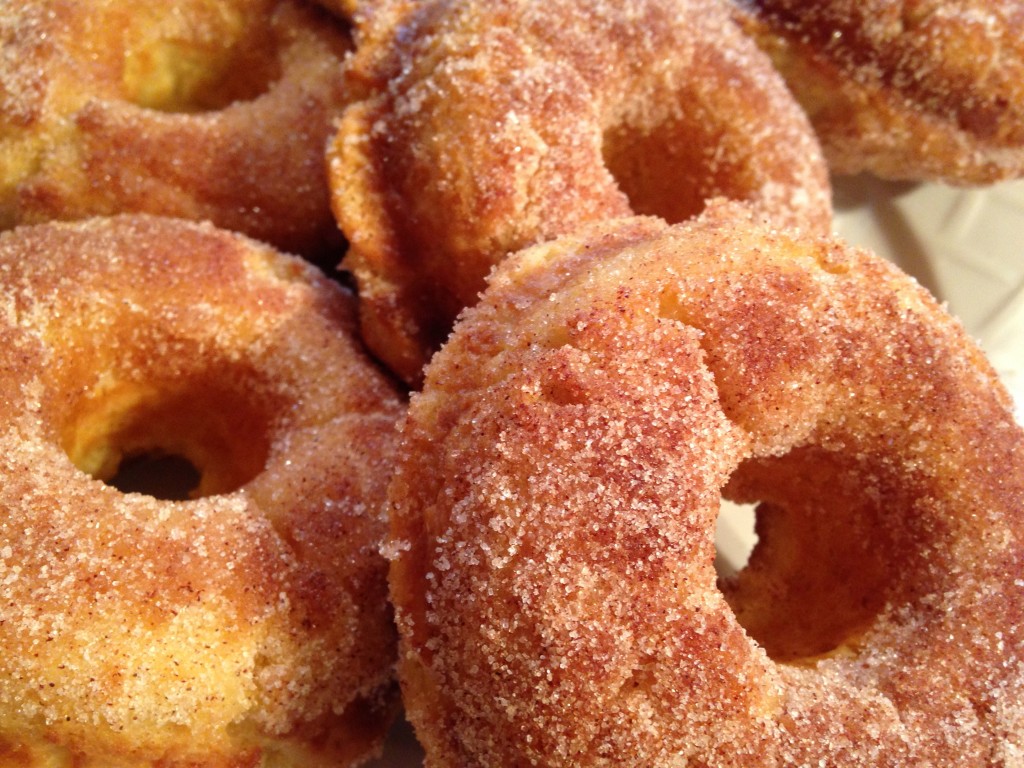