I quietly set a few slices from the first zucchini bread of the season next to my son a couple weeks ago. He was intently eating cereal and looking at the back of the cereal box. After a few minutes when he went to have some of the zucchini bread and yelled “MAMA! THERE’S SALAD IN MY BANANA BREAD!!!” 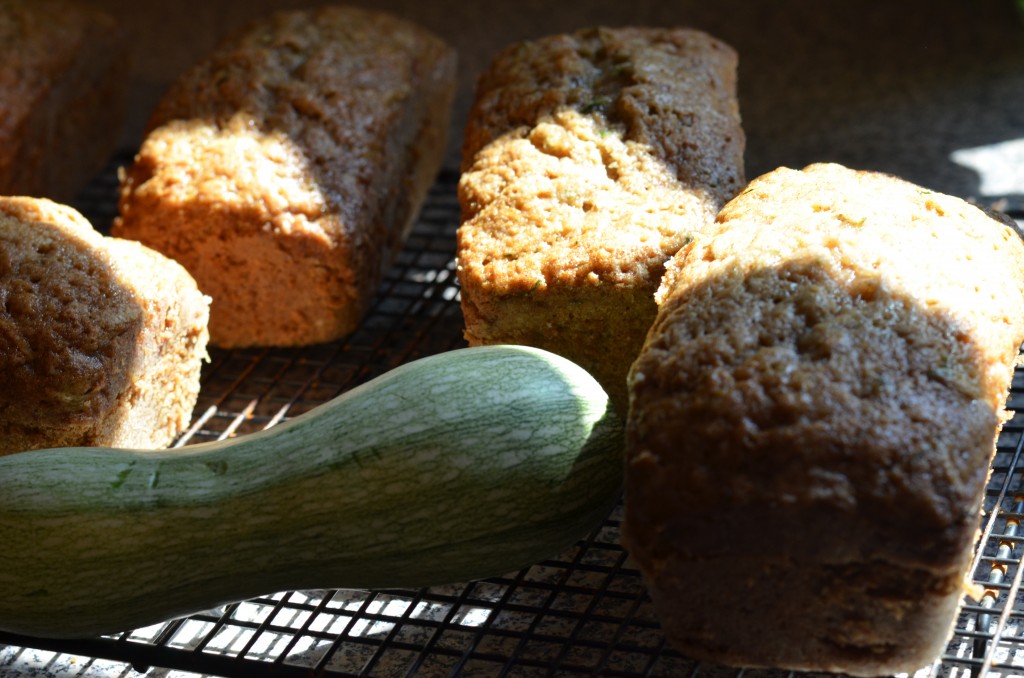 There are so many versions of zucchini bread in the world. Sarah and I use different recipes, but I know we both have ones that we general stick to. I’m allergic to pineapple, so that eliminates a bunch of recipe options. My kids have a lot of nut allergy friends, and I won’t make recipes that contain nuts using the stand mixer for fear of contaminating future baked goods, so nuts are out. We tend be of the population that has “the inevitable zucchini bumper crop” and I make a lot of zucchini bread, and I want a non-fussy recipe that is on the healthier side, and uses up a lot of zucchini.

I’ve tried many recipes and they are all basically the same with 1 cup of oil, 3 cups of flour, and 2 cups of zucchini. I cut back some of the oil and sugar, and upped the zucchini, and use white whole wheat flour to make it a little healthier.

I grate the zucchini in the food processor. You can shred zucchini and put it in a Ziploc bag and store it in the freezer to make zucchini bread in the fall or winter. I put about 3 1/2 cups already measured in a bag, take it out of the freezer, and let it thaw (sometimes only partially) and drain off a little of the liquid/water that comes out during the thaw. Then just throw that in to the batter. 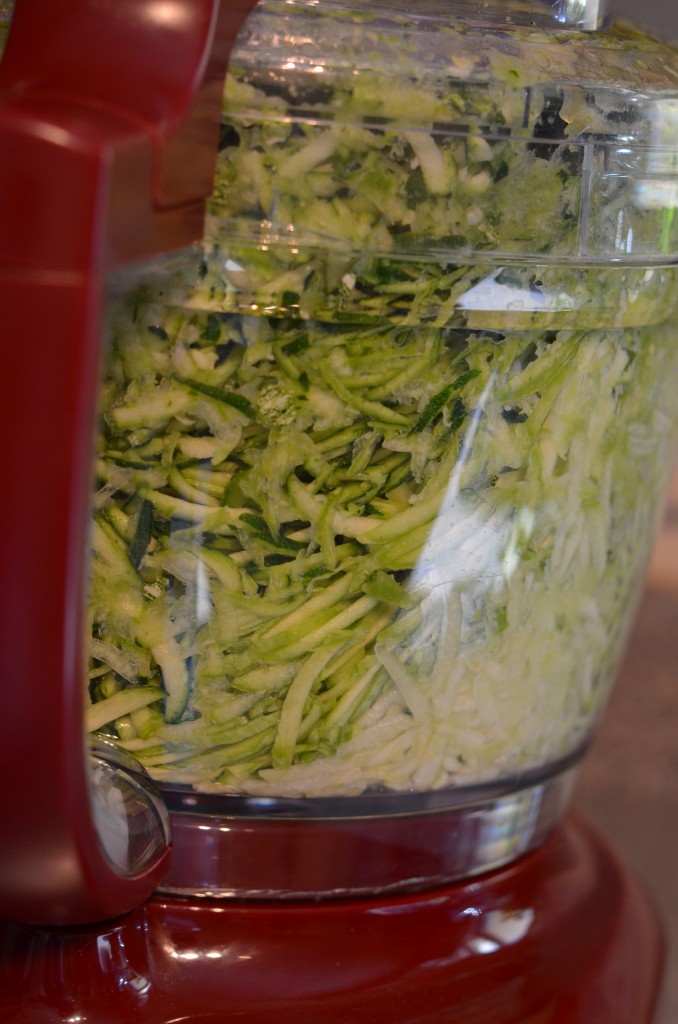 I use mini loaf pans for most all of my quick breads. I like that they bake quicker and more evenly than larger loaves. They are a good size to hand a few out to neighbors and friends and have enough for us, but not too much. For pumpkin bread,  I like to overfill them a little so the loaves rise and balloon up, come out looking puffed up and swollen and abundant. For banana bread, sometimes I like to under fill them a little so the top is flat, golden and crackled. For zucchini bread, it’s usually somewhere in the middle, and when I’m baking it in the summer, too hot to care, other than mini loaves bake quicker and the oven is on for less time than larger loaves. 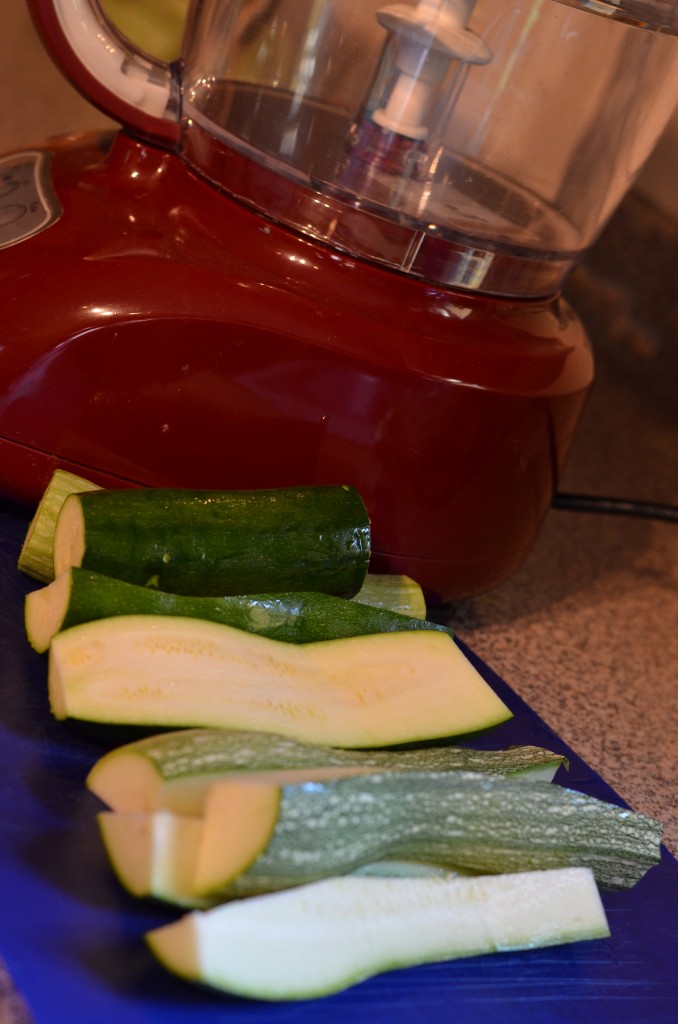