It’s been good because I haven’t over-thought or over-prepped. In fact, I haven’t really done much of anything. I went to the grocery last week on a regular weekly trip and bought some Thanksgiving items more because they were on sale on the end caps than I had any menu plan in mind. On Sunday (when our plans were different than they are now) my husband and I made a list of things we thought we might want, and I got most everything yesterday at the store. And today (when plans were finalized), I busied myself procrastinating cleaning the house (which honestly isn’t a mess – or at least the parts that wouldn’t get messed up and need to be re-cleaned before Thursday aren’t currently a mess).

I like to be prepared, but I don’t like to cook most things too far in advance, particularly baked items. At the same time, I feel like I should be doing something besides procrastinating cleaning. So this evening my 8 year old and I made fudge. She made chocolate and I made maple.

I’ve failed at fudge many times before. Even “no fail” fudge. Maybe I didn’t stir enough. Or stirred when I wasn’t supposed to. Or I over cook. Or I under cook. And I just don’t want fudge often enough to practice and get it right. So today, we followed the recipes and tips closely, used the candy thermometer, stirred until our arms were sore, passed it off to the 6 year old for a few minutes while we wondered why we didn’t use the stand mixer, and then we stirred some more.

Since this was procrastination fudge, we had to search a little for recipes with on hand ingredients that won’t be needed for Thanksgiving. I’m not a huge chocolate fan, but the chocolate fudge is good – it tastes like brownie batter. The maple one tastes like there is no way it is going to last the 36 hours until Thanksgiving. Even after giving everyone a spoonful to taste, I couldn’t keep fingers from dipping in for an extra taste as I put it in the pan to set. My 8 year old referred to the recipe as “genius.”

Based on flavor, these are two recipes I’d use again. They are still setting refrigerator, so I have a couple hours of not house cleaning before I can determine if our execution a success, but if you are not fudge challenged or are looking to give fudge a go, here are the recipes we used: 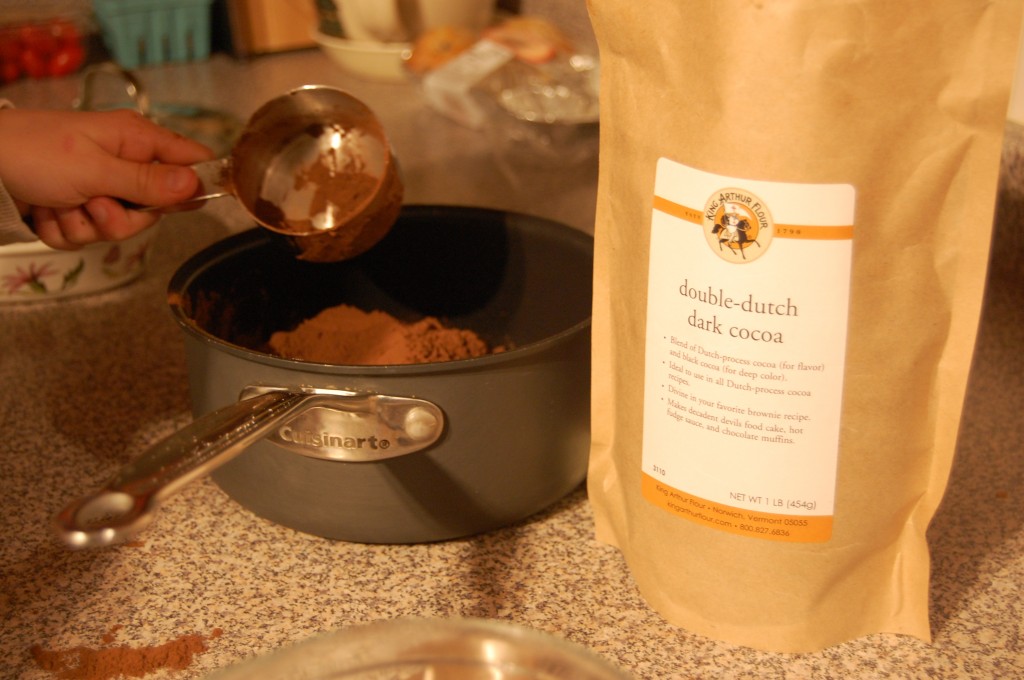 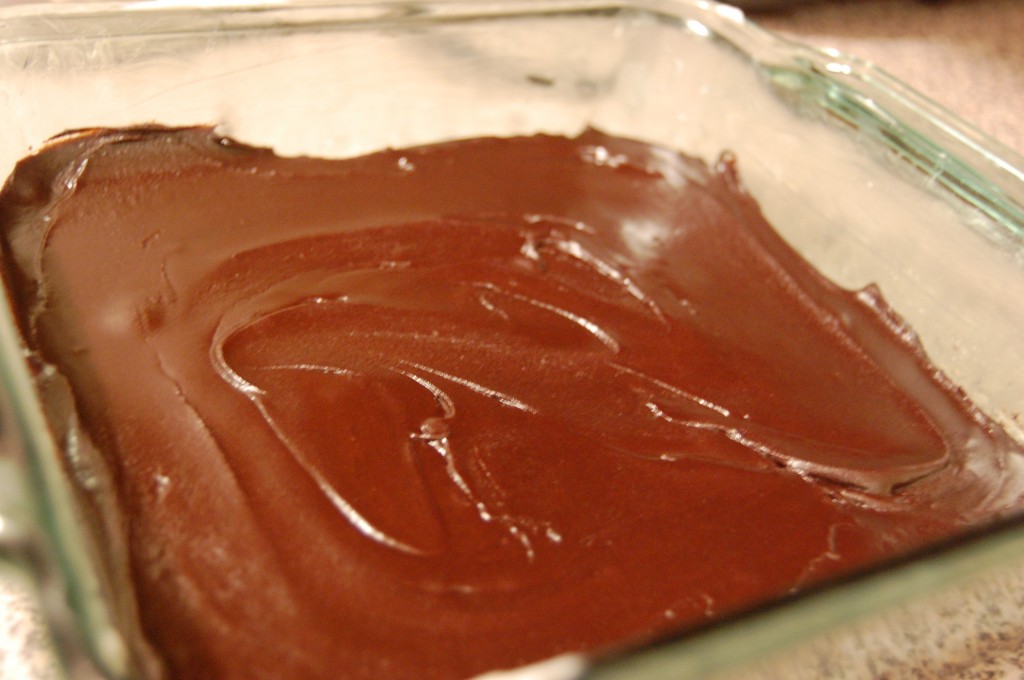 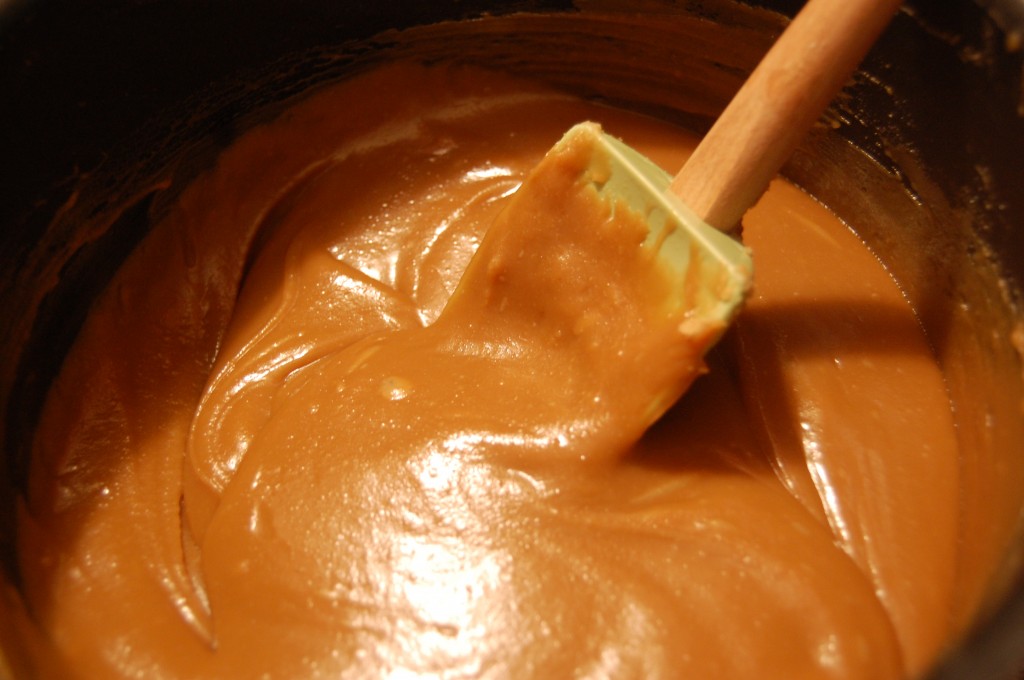 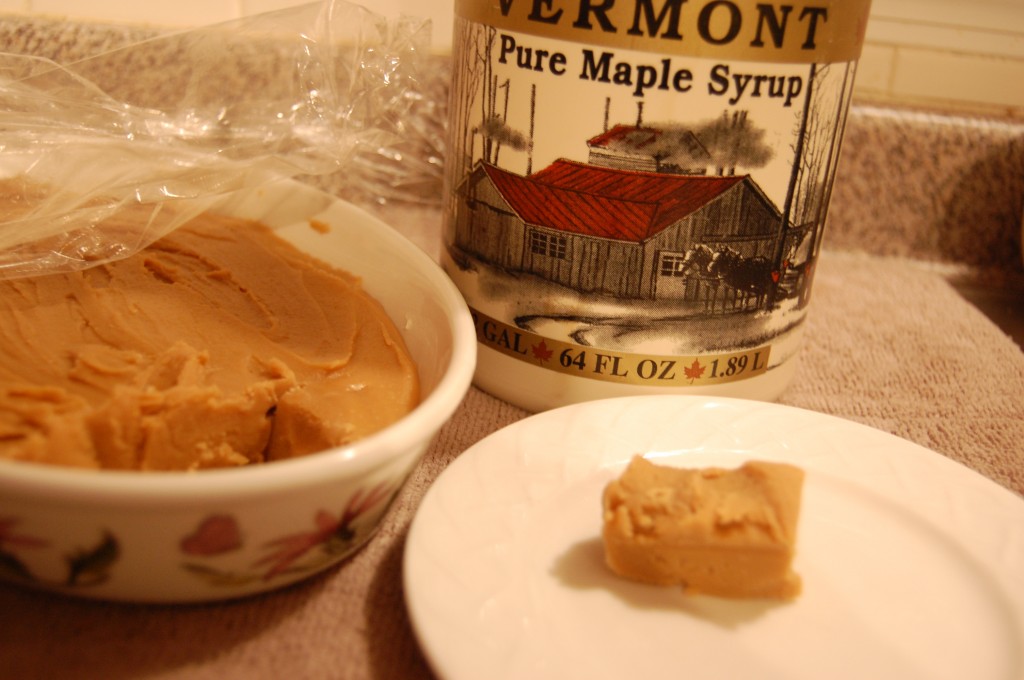