I wanted to make my kids something a little different the other morning for breakfast. I suggested pumpkin pancakes, and they didn’t want either of those, so with pumpkin on my brain, I went back to something we’ve tried before, but not in a while: Pumpkin Donuts. 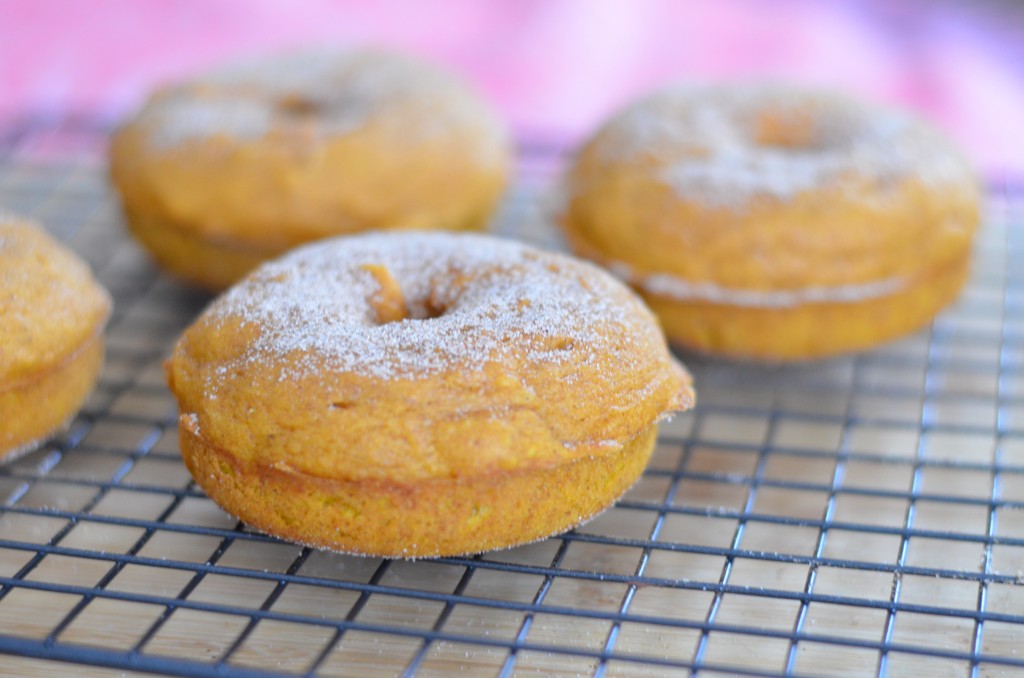 Like other baked donut recipes I’ve posted (like these cinnamon bun donuts) this recipe is very quick and easy to make. Waiting for the oven to preheat almost takes longer than all of the other steps.  5 minutes or so to stir the batter by hand in one bowl, a couple minutes to fill a donut pan, and 15 minutes or so to bake.  I sprinkled cinnamon sugar on on the donuts afterwards, one kid thought the cinnamon was too strong and the other was hoping for frosting instead, but they ate them warm for breakfast. I put the three leftovers in an airtight container on the counter and my kids ate those the next day. On Day Two my kids thought that the day old donuts were even better than the first morning, and that the cinnamon was no longer too strong or that a frosting/glaze would have been better. 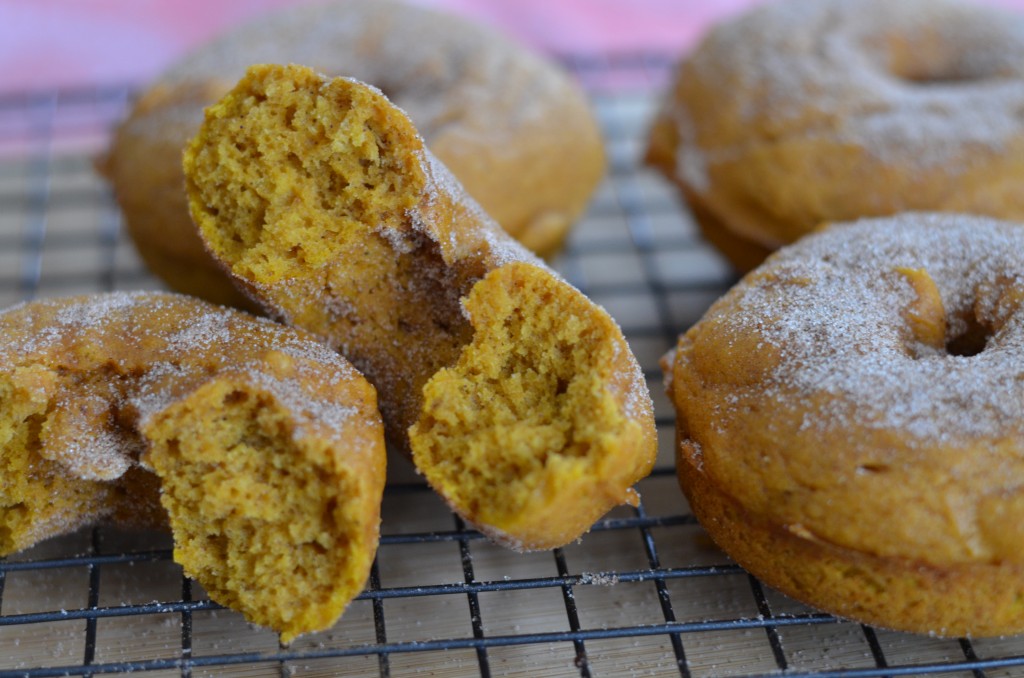 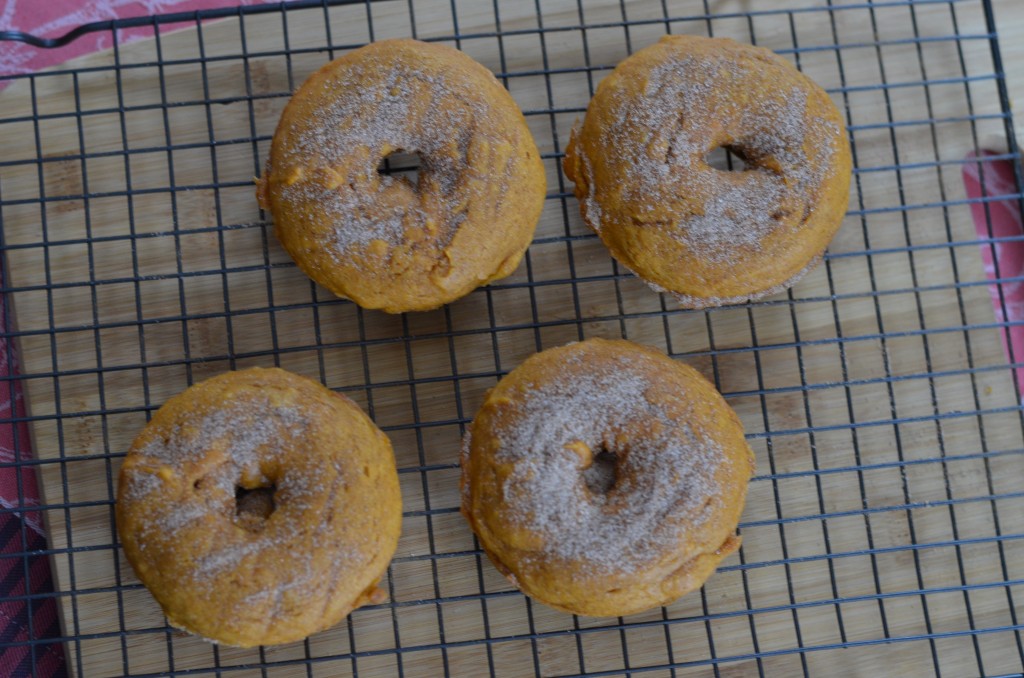