I don’t remember when or why I first saw the melted pony bead suncatcher project posted on The ArtFul Parent, but it was some time while browsing on my phone. I had left the browser window open on my phone as a reminder that I wanted to do this project. I don’t like browser windows left open and hanging over my head, not to mention having to be careful and not close the window by accident, so I knew eventually I’d either try it, send the link to my laptop  to become a bookmark, or the open window would make me nuts and I’d close the window and forget about the project. It was successfully an open window on my cell phone browser for at least a couple of months. But it is no longer. 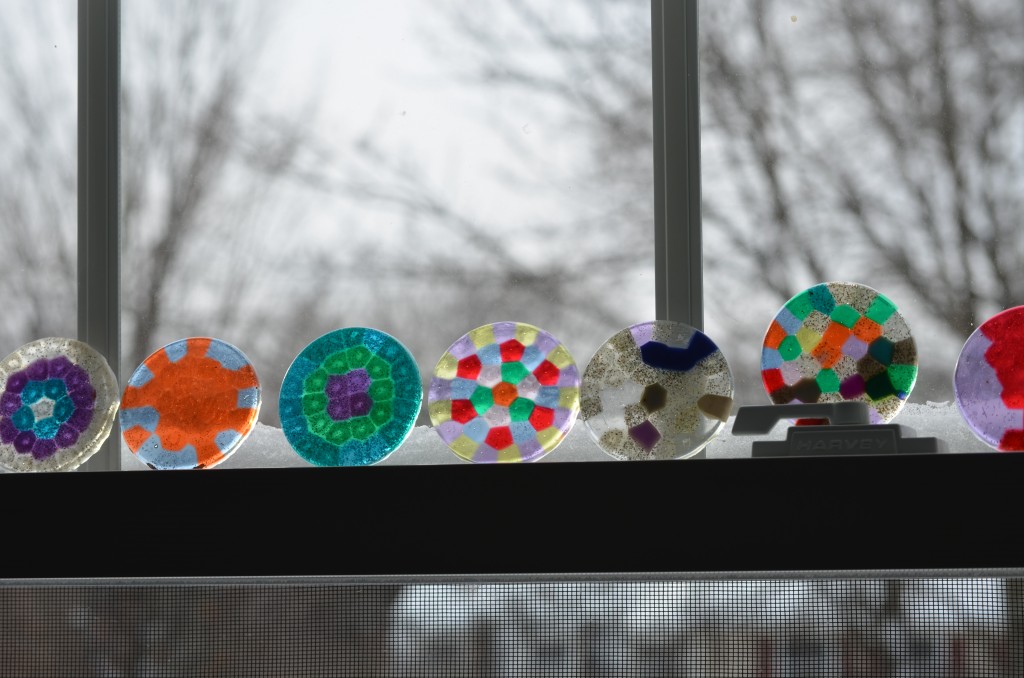 The premise of this project is simple – melt down your plastic pony beads and make a suncatcher. I like adding color in the windows in the winter and using up that never ending bead collection. According to The Artful Parent, it takes about 25 minutes at 400 degrees in the oven or outside on the grill to melt down your beads. We used old muffin tins scoured from my grandparents’ house that had been in my kids’ play kitchen because I was worried about ruining the in use tins or melting plastic where food would be cooked. But as described on The Artful Parent, the completed suncatchers just popped out when cooled. We found that the pony beads with glitter in them didn’t melt as readily and didn’t look as nice as the beads without glitter. We haven’t yet drilled holes in the suncatchers to string them up, but plan too. 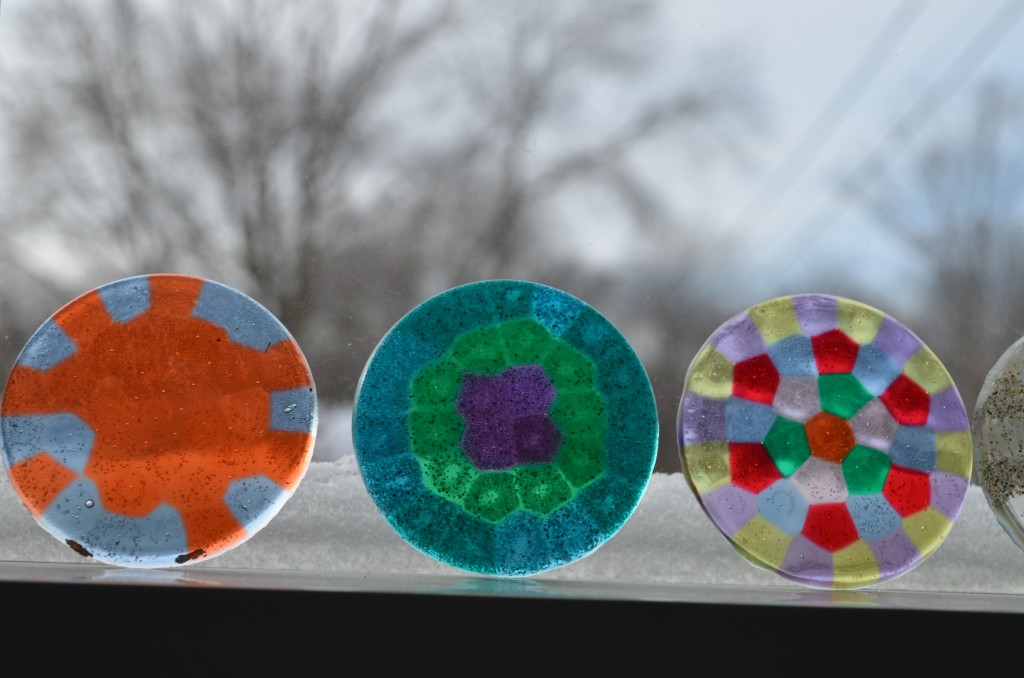 It was an easy project. They look nice. Don’t you think? 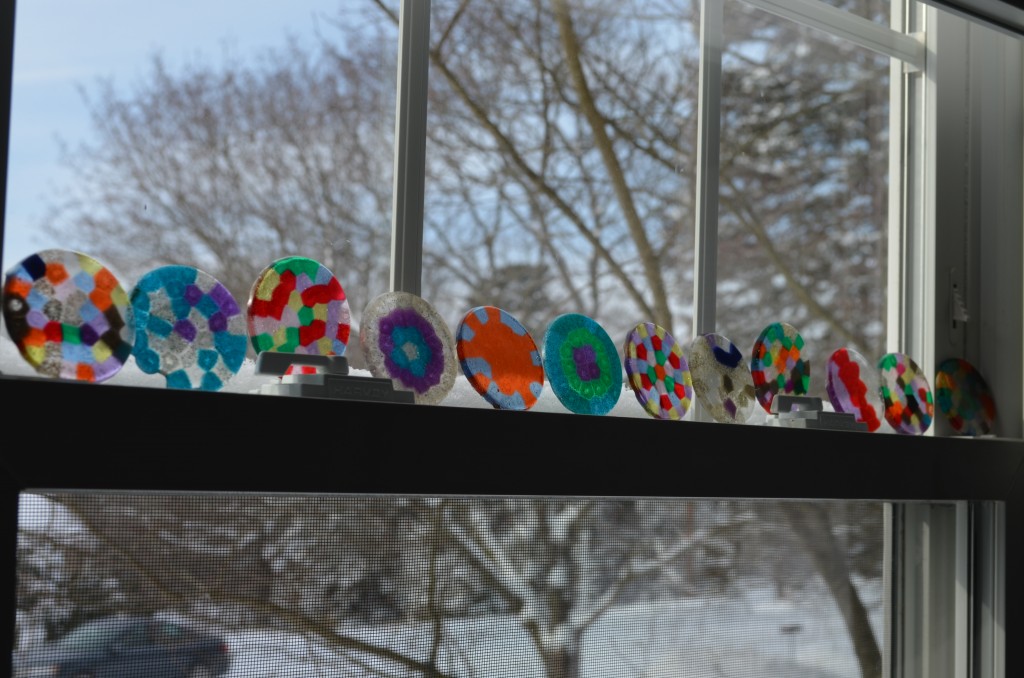