My kids closets often hold a cache of stuff that becomes a fun rediscovery during a cleaning/purge/search for something to do. We recently found a large stash of craft and activity books and thinned some out we thought Sarah would like. Mostly the stuff found in closets is craft stuff that has been stored and forgotten about (like the never ending beads) or stuff that had been believed to be lost. I’m typically purging for something to do, so the most fun finds are never opened craft kits that had been stored in a closet after holidays. 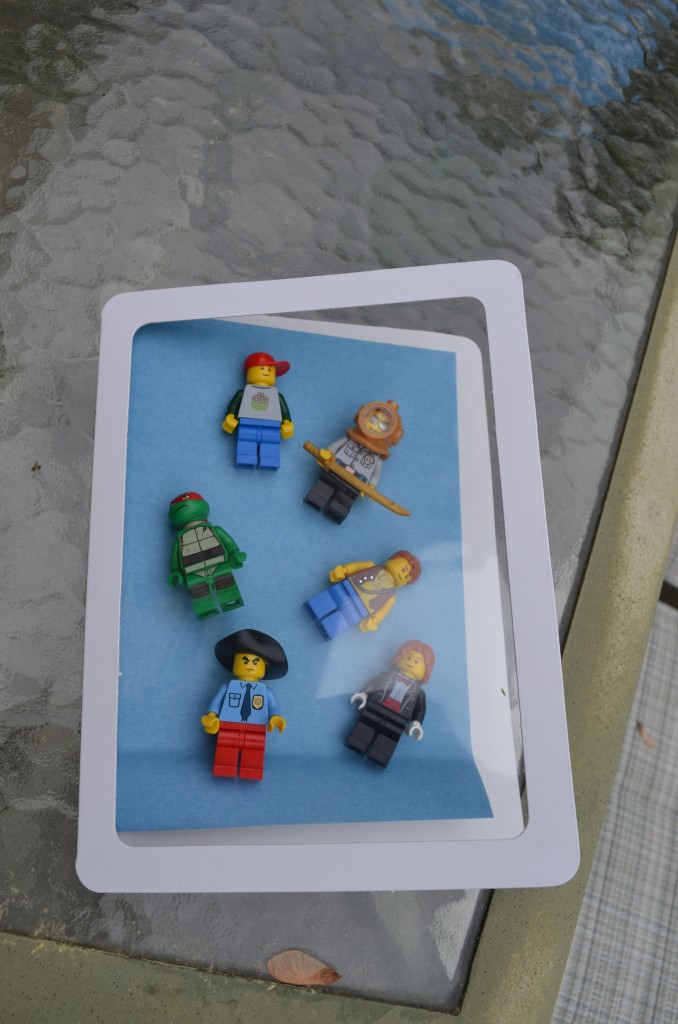 . I don’t even remember when, but I had bought it for my kids for a birthday or Christmas because I had wanted to do it as a kid. But my kit as a kid didn’t come with much paper and I didn’t want to waste those few sheets with little idea of how to do it or what would come of it (I’m much more function over form) so I vaguely remember trying it once but also remember it sitting around because I don’t know how or want to use the kit. And for a second generation, this kit has been living in the closet and no one has any interest or real idea what to do with it, so I decided to try it out. I have seen some cool solar print art on blogs, Pinterest, and I think even catalogs (here’s one random idea) over the past couple of years, and I wondered how easy or difficult it was to make something similar. 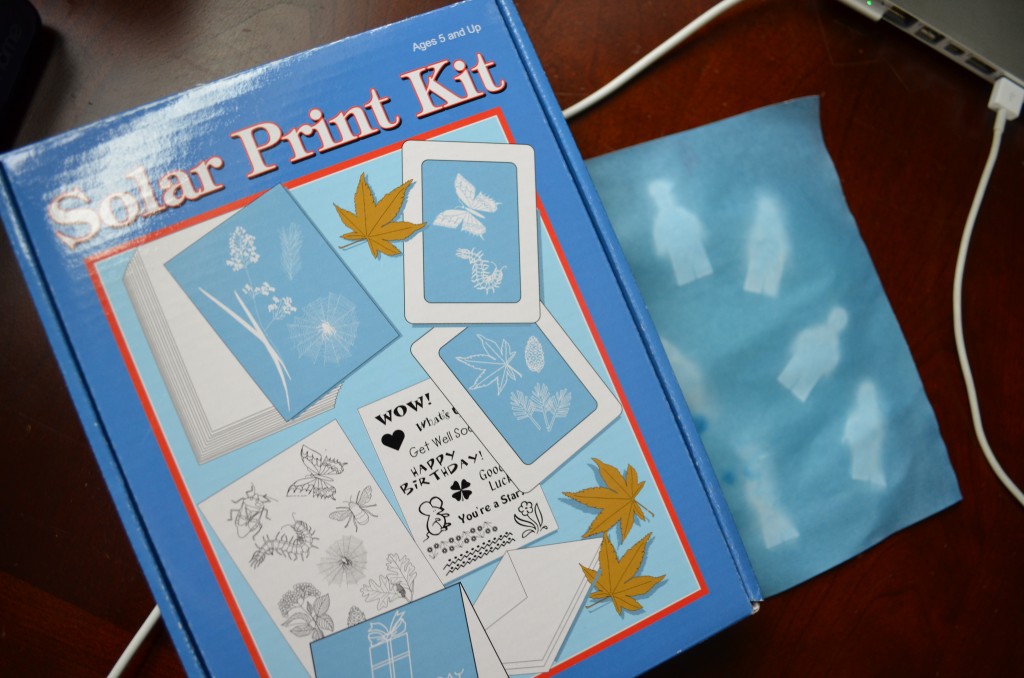 Even when I took it from my daughter’s room with her watching, even when I was setting things up outside with the kids on the swing set a few feet away, even when I was saying “huh, wow, that’s what happens?” my kids had little interest in this kit.

Personally, I lost some interest when the whole process only took a few minutes. However, after the first finished print I became interested in the science behind it, and read about it online. Here is one website that explains the science and some project ideas, and there are many other websites Google can lead you to. After that, I had a few more goes with the solar paper to witness the chemical phenomenon again. 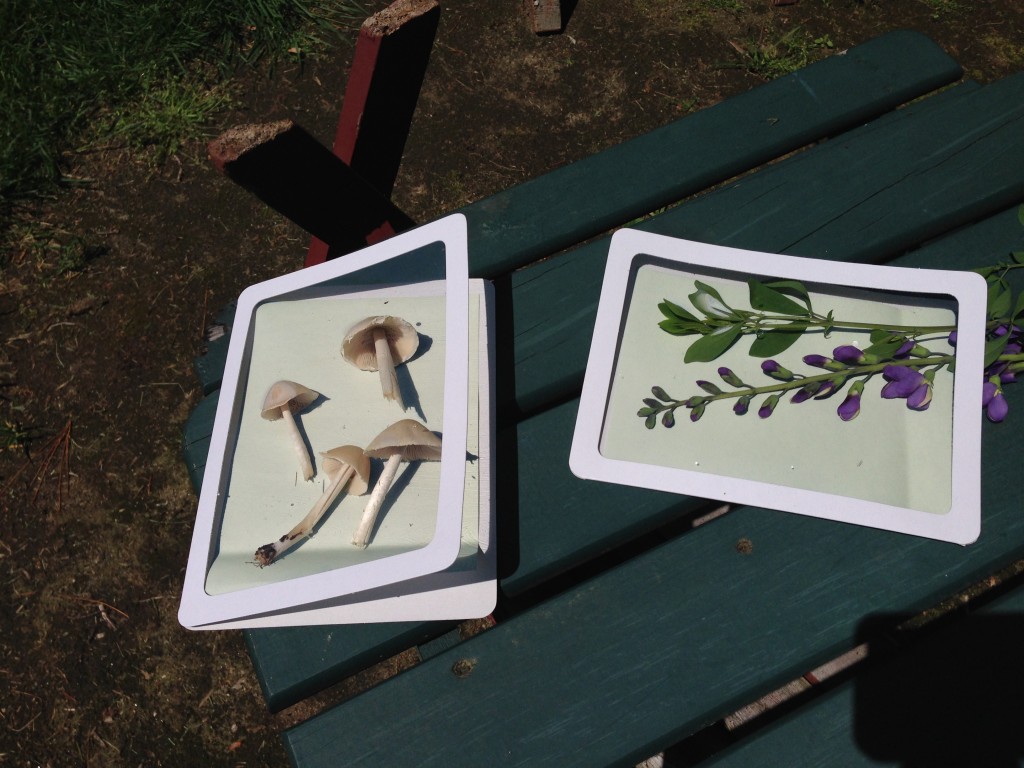 I was thinking Sarah (who can appreciate form over function more than me) might be able to do something cool with this kit. So Sarah, I have some paper left, and I’m going to leave some day for you, and I challenge you to make something or to just enjoy collecting potential print items outside with (or without) your kids. Let’s see what you can make! 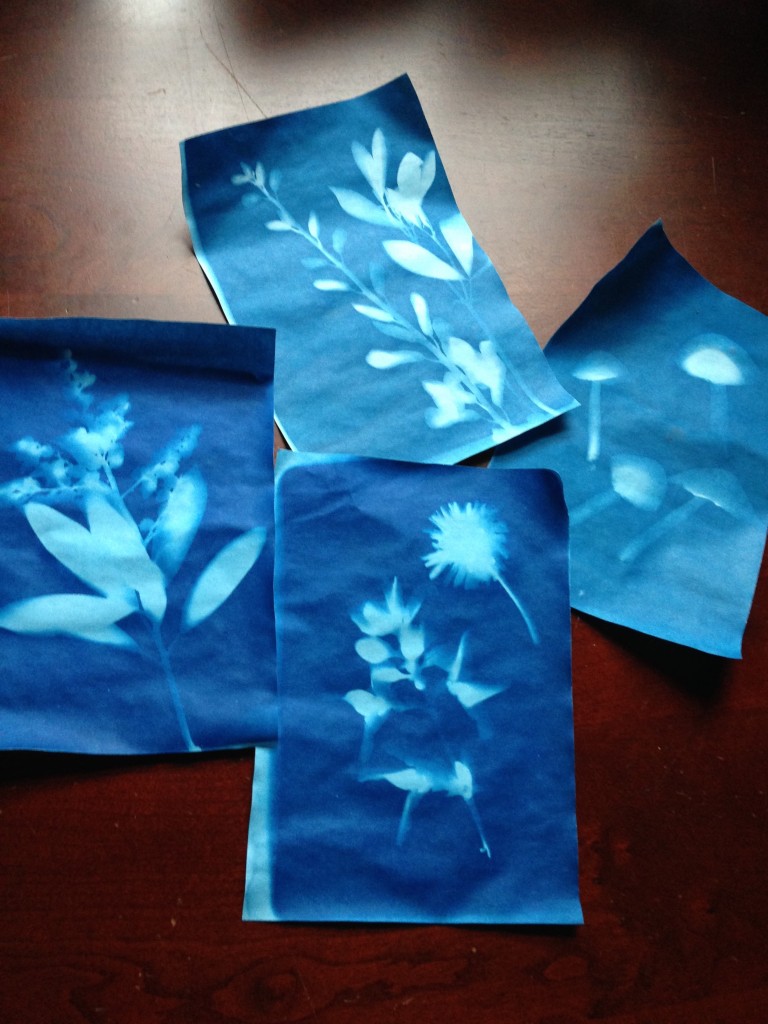