I’ve read about the butter + coffee thing since last summer. I’ve wanted to try it. Sometimes I’m not hungry for food in the morning, but would like a cup of coffee and believe in the power of breakfast. The (unsalted grass fed) butter + coffee has been touted as a good breakfast option, filled with nutrients and fats to fill you up some. That sounds convenient. I’ve been buying Kerrygold for months specifically for this purpose. But the thought always grosses me out, and I haven’t been able to pull the trigger. It should be easy, butter is just cream, but the thought of oil pooling on the top of my coffee always brings me to Italian salad dressing, which isn’t what I’m looking for in a cup of coffee.

So more recently, I’ve seen coconut oil + coffee. It’s the same deal and same idea. A nice way to fill you up. I just searched and can’t find my original source, but in searching found many sources, so I guess it wasn’t entirely original. This source stated you can throw the hot coffee and coconut oil in the blender and mix it up to frothy satisfaction. They said it was like drinking a coconut flavored latte. Now this, sounds a lot more appealing to me for breakfast than drinking Italian salad dressing. 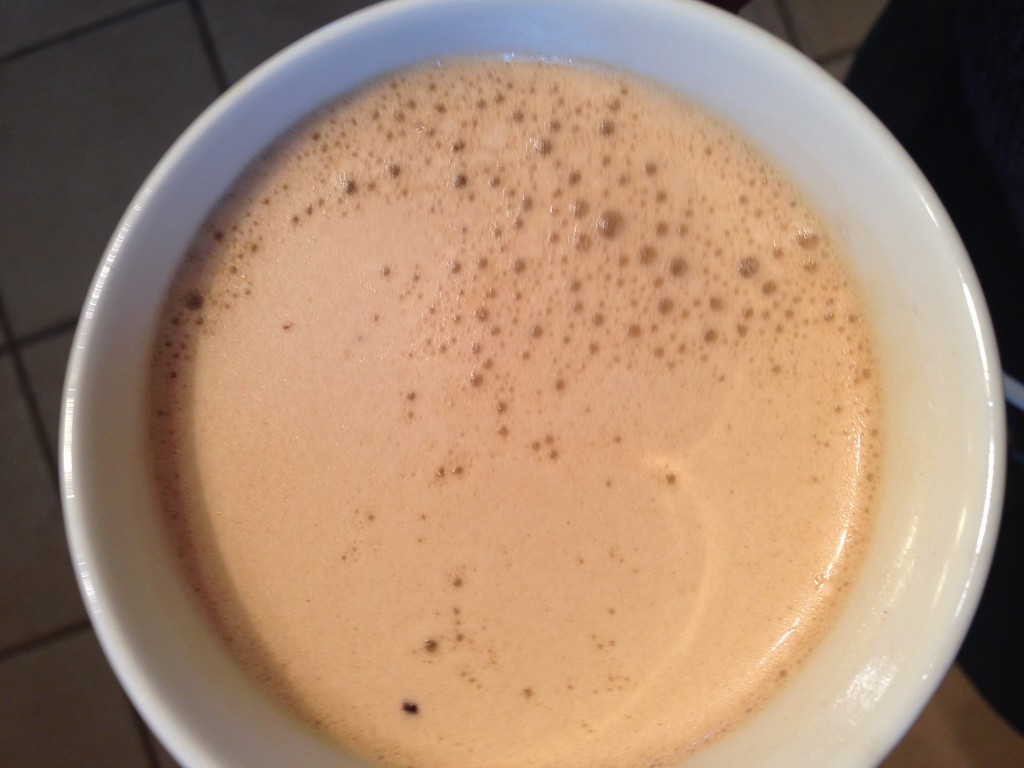 So I tried it. It wasn’t at all coconut-y or latte-y, and wasn’t that fun to scrub out of the Vitamix. It might have been caused by something else, but I got heartburn while drinking it. And, as anticipated after taking a sip, the pool of oil (even when mildly foamy) on your lips felt like I had just caked on ChapStick instead of sipped coffee. 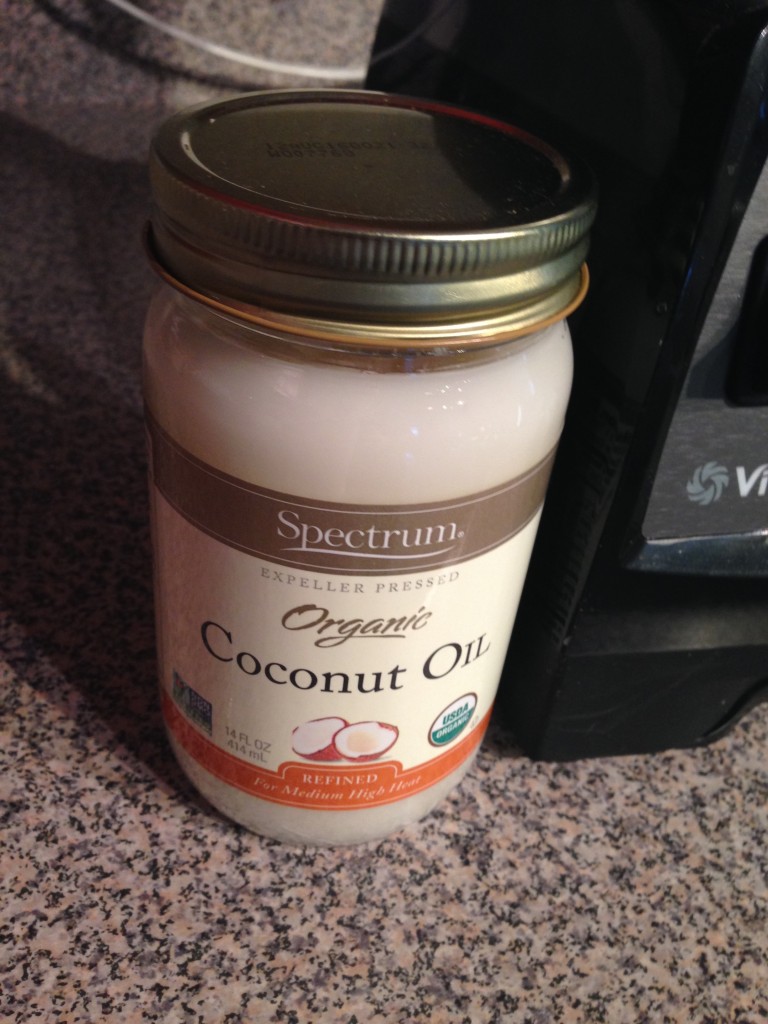 BUT I did feel full until lunch time. It seemed to have definitely worked for that, but maybe it was the heartburn. So (being a scientist and having no other experiments going on lately) the next day I tried coconut oil + coffee for breakfast again, this time just stirring a spoonful of oil into my coffee and skipping the blender. And now I’ve been doing it for over a week, sometimes with breakfast, but mostly without, testing the theory that it will keep me full.

It’s definitely keeping me full through the morning. And I kind of like it. Or maybe I just don’t mind it. Actually, I think I do like it.

It’s still kind of gross having the oil puddle, but as an on and off oil puller, it’s not crazy gross. It’s kind of like a coffee broth. When it seems gross I say, “Hey, this breakfast and not a cup of coffee” and it’s better.  It does still give me me slight heartburn some days.