This year we are having a tomato windfall in our garden. Two years ago Hurricane Sandy blew down a large tree limb that crushed our already failing tomato crop (the tomatoes came, but they never ripened). That’s not the type of windfall we are experiencing this year. This summer we are filling a bowl of all of the ripe tomatoes in the morning and by evening there is a second whole bowl that has ripened during the day. 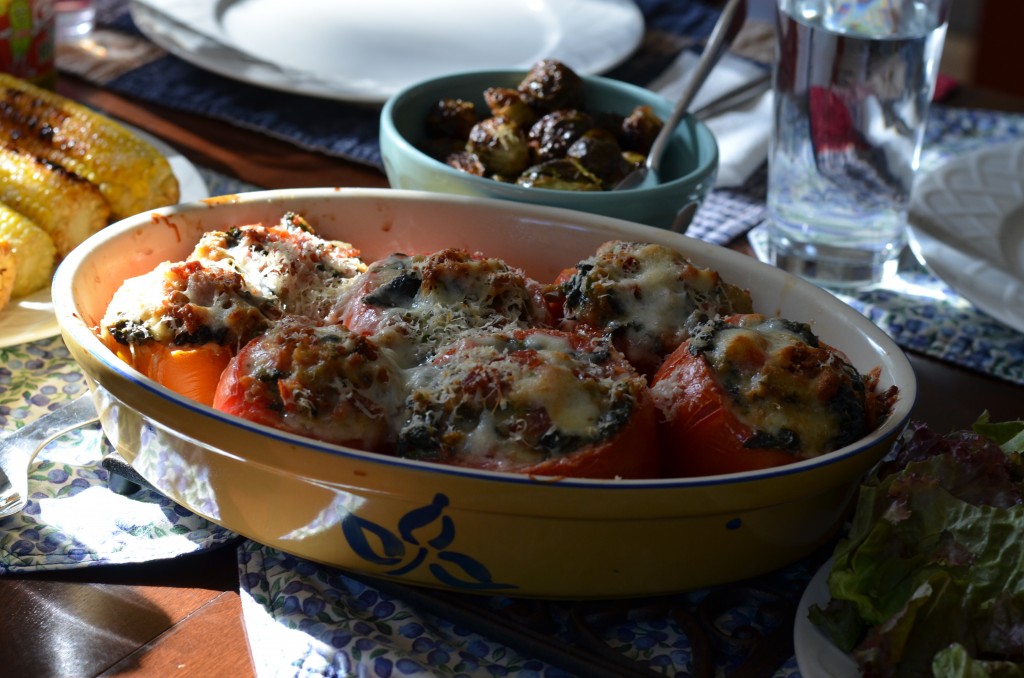 The crop has been delicious and some are quite large – perfect for stuffing. I’m sure we’ll have more to stuff so felt like I could experiment this time. I had a BLT inspiration going into the tomato filling this time. I liked it. We had it for Sunday dinner and it went over well. I would change a few things next time and wrote down the recipe with those changes, but would definitely use this concept again. 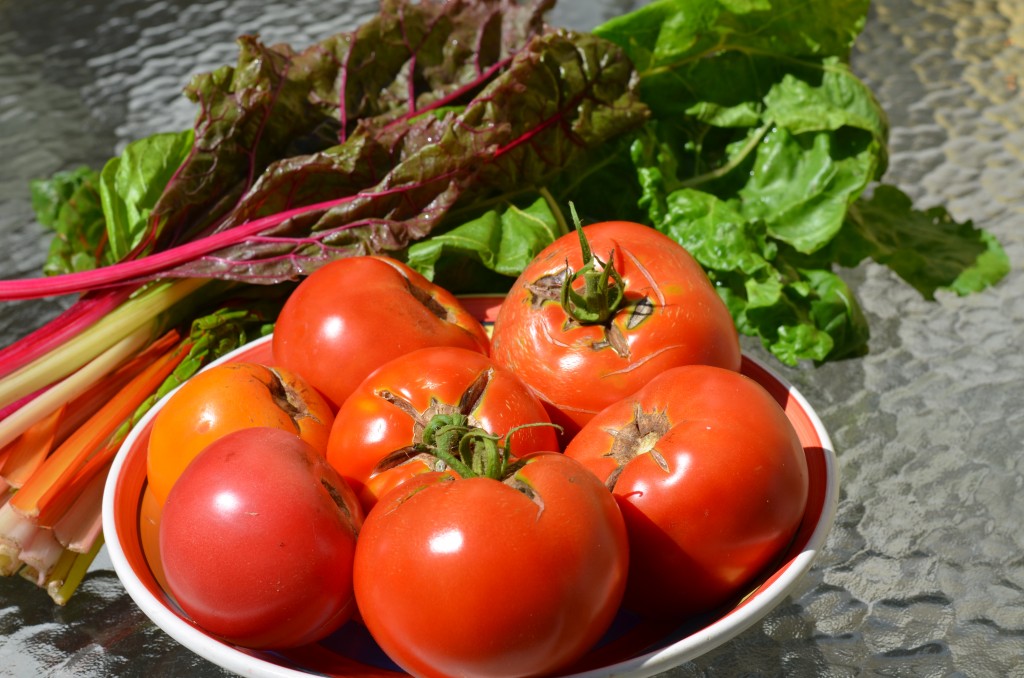 This recipe is for 6 large tomatoes. In general, you don’t need to follow a recipe – stuff a tomato with pretty much anything reasonable that suits your tastes and bake at 350 for 20-25 minutes. You can make it vegetarian, vegan, or load it with meat. You can make half a dozen and have everyone coming to the table stuff them differently to their individual tastes. Or only make a batch of one or two if you don’t need to make them for a group or only have a couple large tomatoes on hand.

You can substitute spinach or other greens for the chard, this is just what we generally have on hand in the summer. I used a combination of cheese based on what we had in the refrigerator.

The biggest problem with dishes like this is trying to think of ways to capture the flavors of a summer windfall to pull out of the pantry or freezer in the winter. 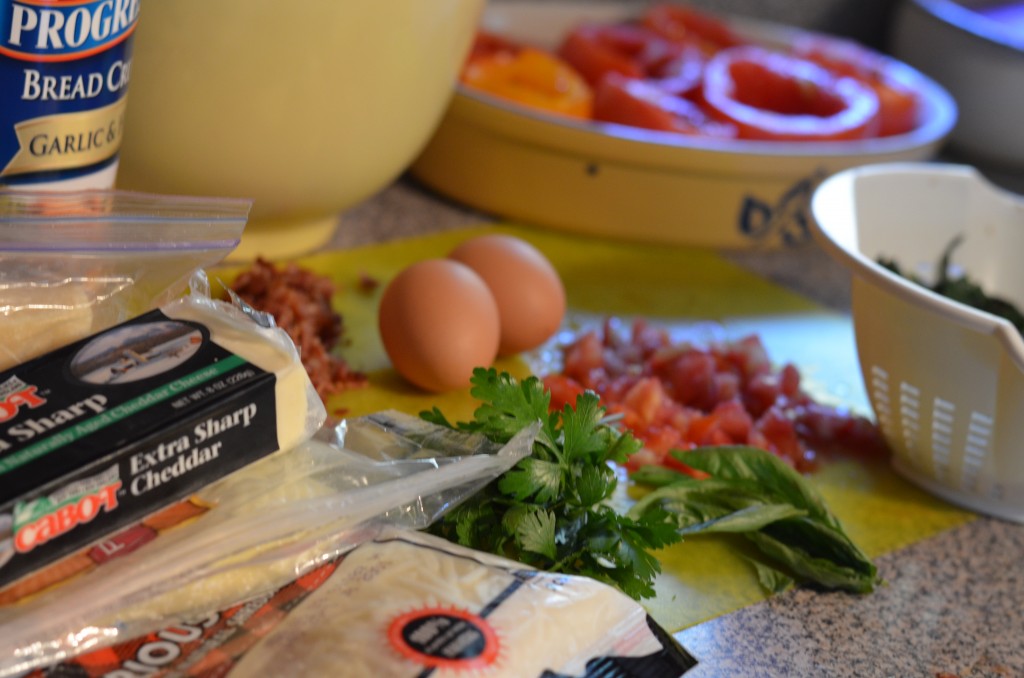