I never liked Salisbury Steak. We used to have Salisbury Steak for dinner sometimes when I was a kid. My dad and grandmother liked it, but they also order liver and onions in restaurants. I just haven’t seen it around much since then to change my point of view. Thinking about it kind of grosses me out. And I’m not sure why, it’s sort of like big meatballs and gravy, right? I like meatballs. I like gravy.

A couple months ago we bought a side of grass-fed beef. It’s a lot of meat. We’ve put a big enough dent in it that we can close our chest freezer now, but we have many Sunday night dinners, taco nights, and barbeques to go. I’ve been looking for some new recipes. Whenever I Google something like “best beef recipe EVER,” I get Salisbury Steak towards the top. And all of the recipes (as well as most slow cooker recipes) have canned cream of something soup in them, which is also totally grossing me out these days for some reason, so I’ve put it off for a while.

But not today. Today, I made Salisbury Steak.  And everyone ate it, including me. And the leftovers will make a good sandwich and lunchbox thermos filler. This isn’t a nice and easy just throw everything in slow cooker recipe, it takes some prep, but it also doesn’t take all day to cook. If you’re home,  you can prep it after the hustling the kids off to school and it’s ready around the time that they get off the bus. I started with this recipe: Slow Cooker Salisbury Steak Recipe by Tesslyn (allrecipes.com). But then I made substitutions for the canned condensed soup, dry onion soup mix, and au jus packet, because I have that canned condensed soup gross out thing going on, I didn’t have the packets on hand, and seemed to have suitable replacements. I based my substitutions off of the following recipes: Condensed Cream of Soup Substitution by amiec91699 (food.com) and Dry Onion Soup Mix Recipe by faye522 (allrecipes.com). Because I made a lot of substitutions, there are a lot more ingredients and steps.

I’d likely make this again. Mostly, I’m excited that making a condensed soup replacement was easy, so I can reopen the vault of casseroles and crock pot recipes I’ve locked up for a while. 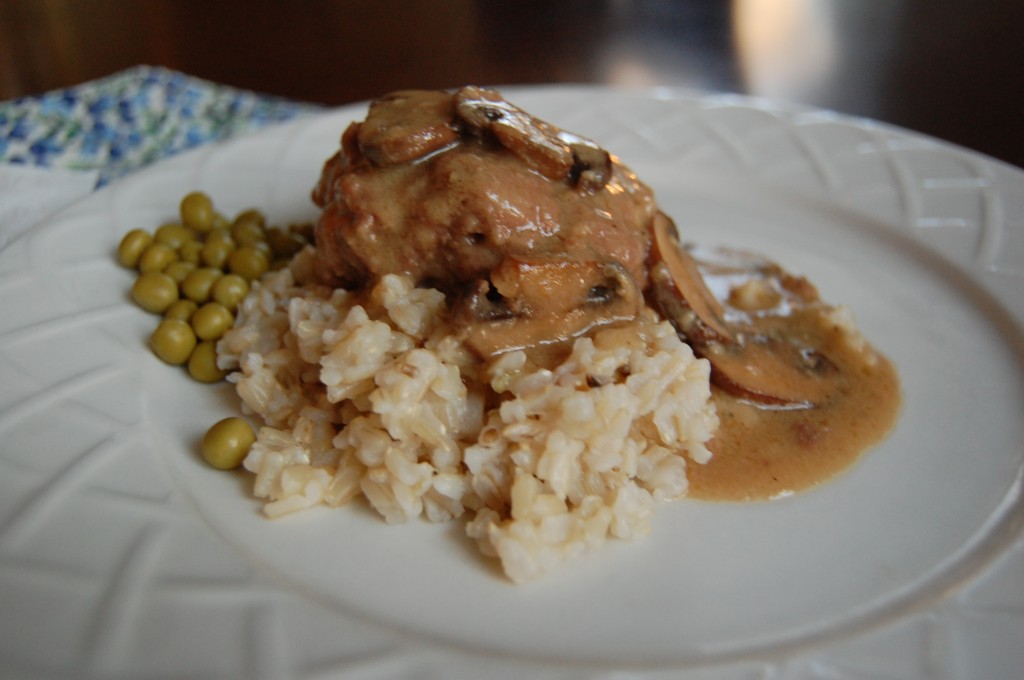