This week I thought I’d try a new banana bread recipe. I’ve made many and posted one here.

I began an internet search and came across Flour’s Famous Banana Bread recipe. It looked different enough from banana bread recipes that I have tried before (sour cream was an interesting addition, even though there wasn’t much) and as though it would be moist. I had just made banana bread a couple weeks ago, so I thought I would change it up a bit this time. The result was tasty enough that my husband at some of his own free will. It takes extraordinary measures to get him to overcome his version to quick breads (my mother-in-law likes nuts, raisins or other things in her breads, which he decidedly does not). I changed enough about the recipe that I don’t officially in copyright terms have to credit the Flour recipe, but I think it adds an additional level of credibility to the recipe, and I did use it as a basis.

I replaced most of the Flour recipe sugar with maple sugar. I suppose this isn’t exactly a staple item in most pantries. You can re-replace it with white sugar if you don’t any.

One other note, I don’t entirely pre-mash my bananas when making banana bread, unless they are not super soft from being over ripe. I end up mixing them well with the other wet ingredients and my mixer does a good enough job of mixing/mashing during that stage. If they are crazy soft, I just dump them in. If they are just soft, I peel the bananas and with the mixer running I break off 1 inch pieces smashing them a little as I go and drop the pieces in the mixer and let it all mix up. You may have to go through and mash or remove some larger chunks if your mixer doesn’t get to them. 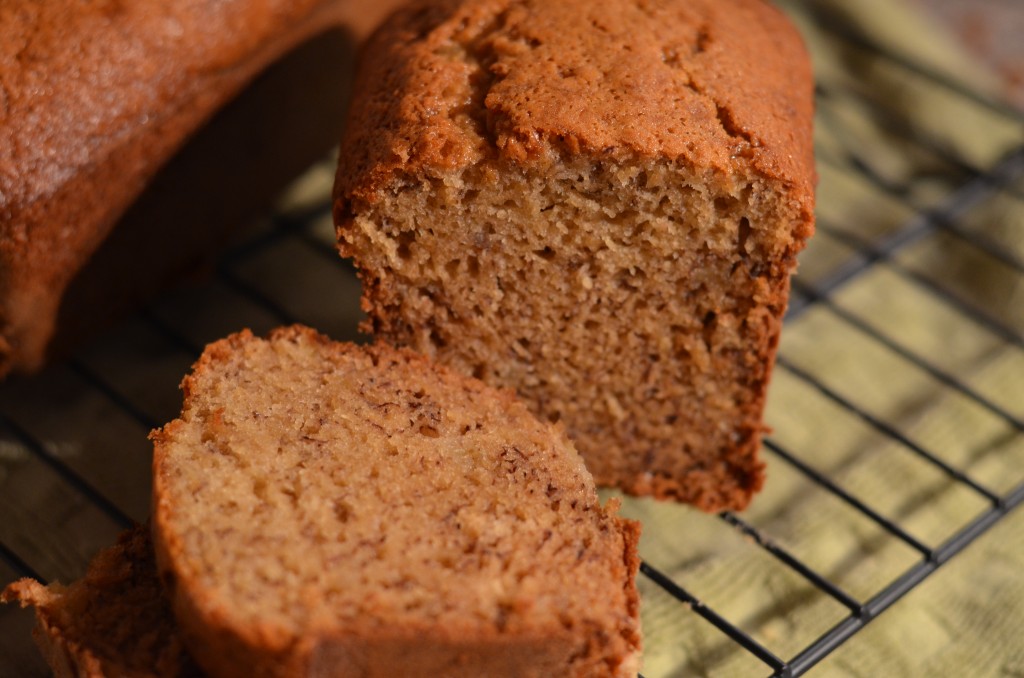