Last weekend my son asked for pancakes.  I did not want to stand at the stove flipping pancakes. I remembered seeing a recipe for a baked pancake, which in the picture I saw looked something like coffee cake. I set myself to the internet to find it. And before I knew what was happening my daughter and I had made a dutch baby (baked) pancake instead of the style of baked pancake I was looking for. Feeling adventurous, and having an interested 9 year old sous chef on hand, I declared it an International Breakfast and thought we’d try our hand at crepes. I’ve never been much impressed by crepes, but thought maybe my kids would enjoy them. 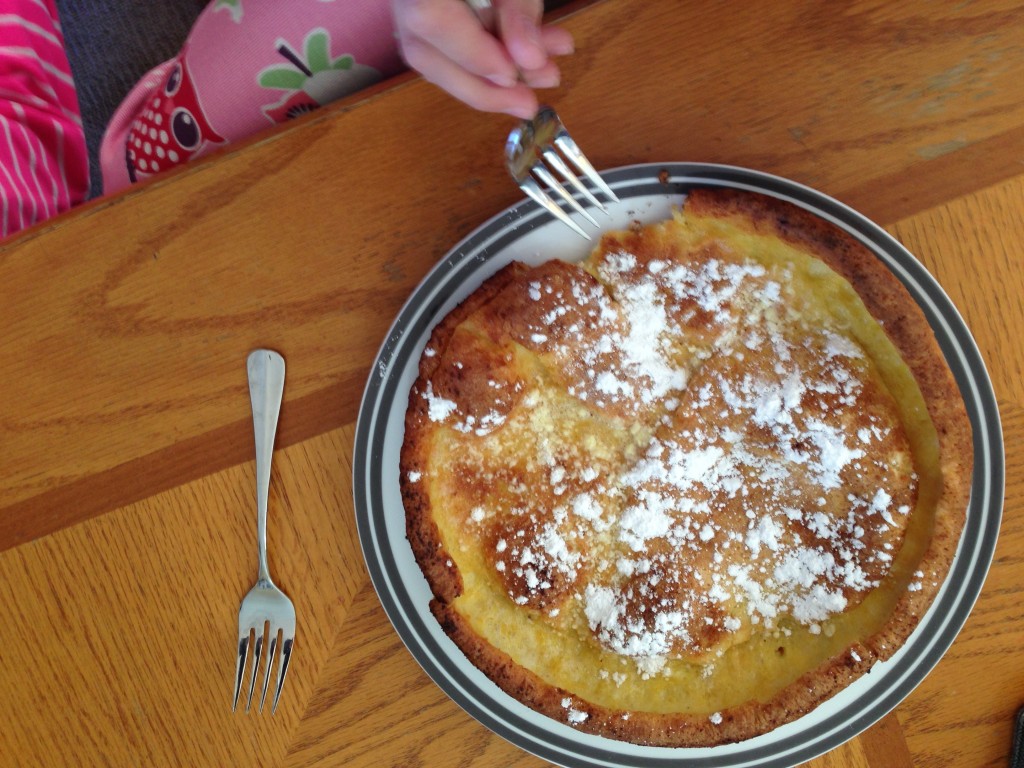 (That’s the dutch baby, I can’t find the recipe, but it was titled baked pancake.)

If you like crepes, and have never made them at home, they are SUPER easy. It was my first time, and having worked a couple stints at kitchen supply stores, I thought they’d be hard knowing there were special tools available (of which we have none). But, no, they were super easy. We used this recipe for Basic Crepes. 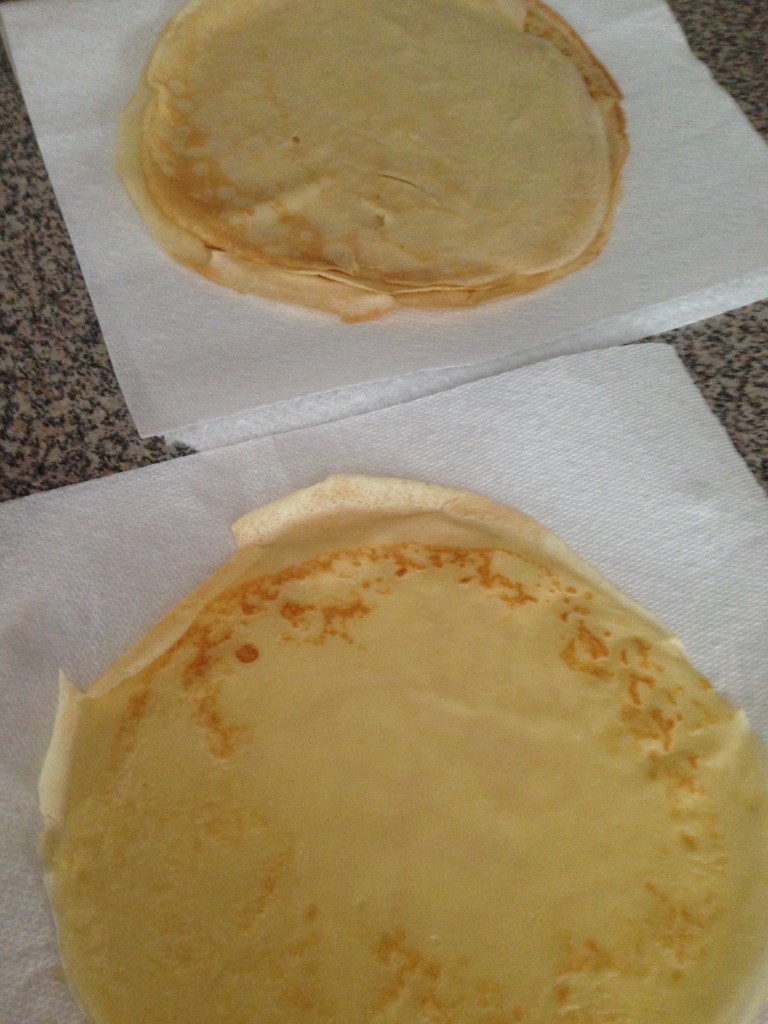 If you have never had crepes before I guess maybe the filling is the exciting part. What we had on hand this time was Nutella, raspberries with whipped cream, and breakfast sausage/spinach/cheese. 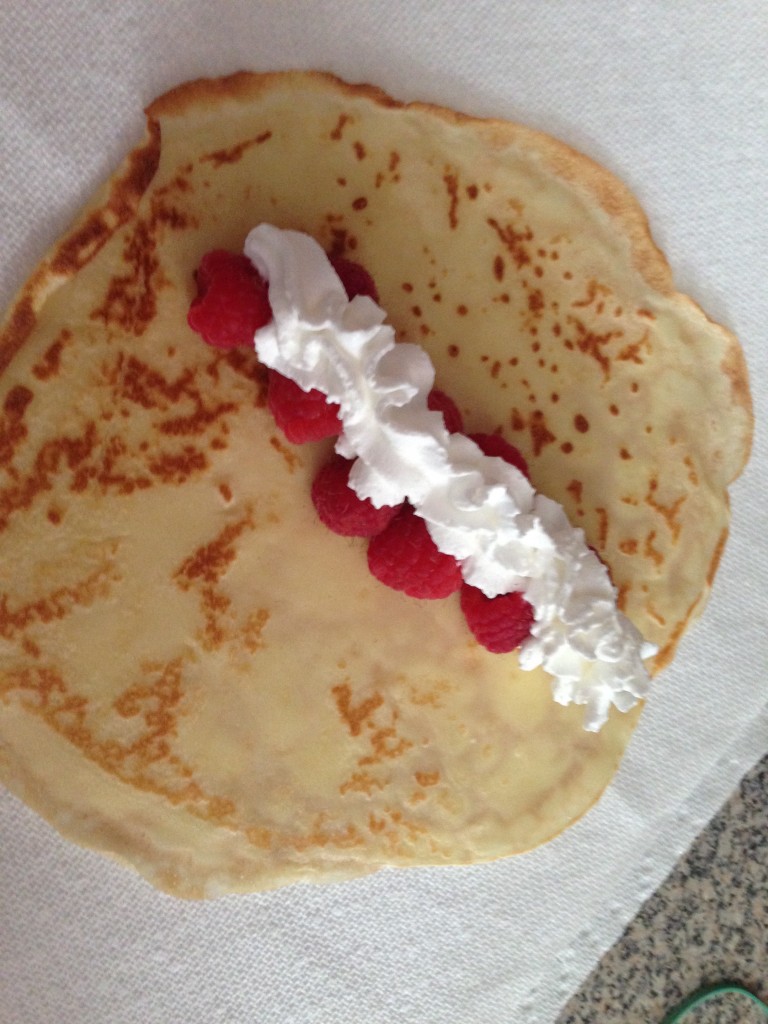 My middle daughter, who helped make them, captured the taste, flavor and texture of crepes the best. My son didn’t really want to try them (he had eaten the majority of the dutch baby), and my daughter tried to coerce him into it by saying “Come on, try it, it’s just tastes like a cold thin breakfast noodle.” 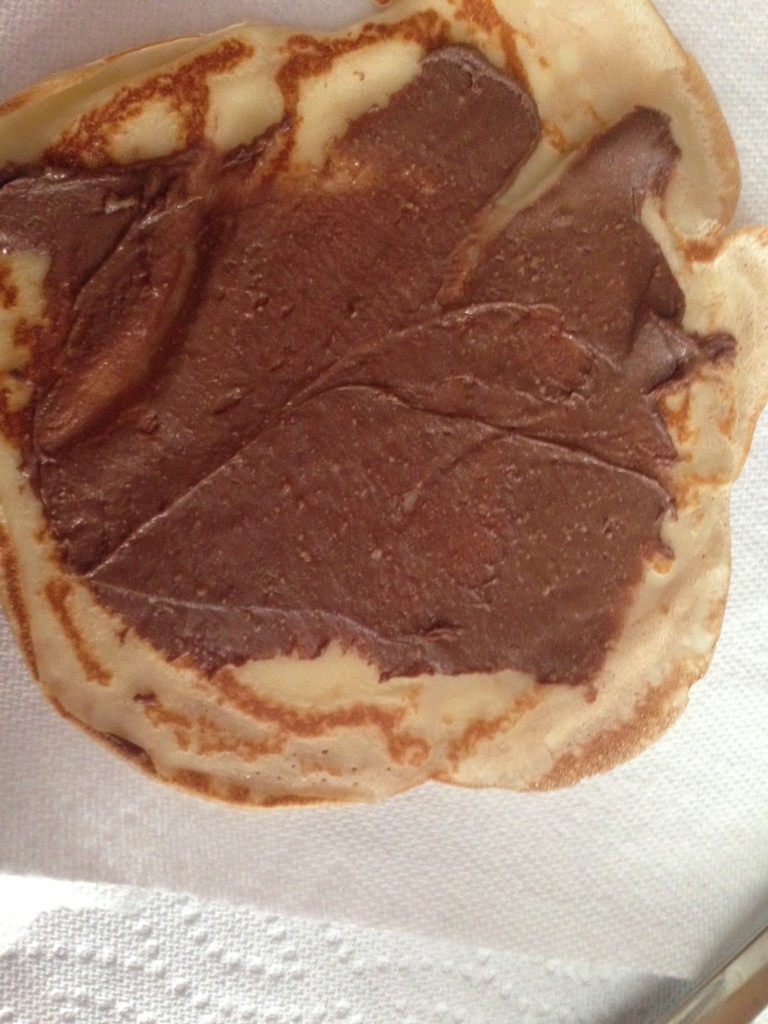 All of the crepes had just one small crater/dimple like this when cooking. I didn’t see a pattern to where/why it appeared. Anyone crepe makers have incite? 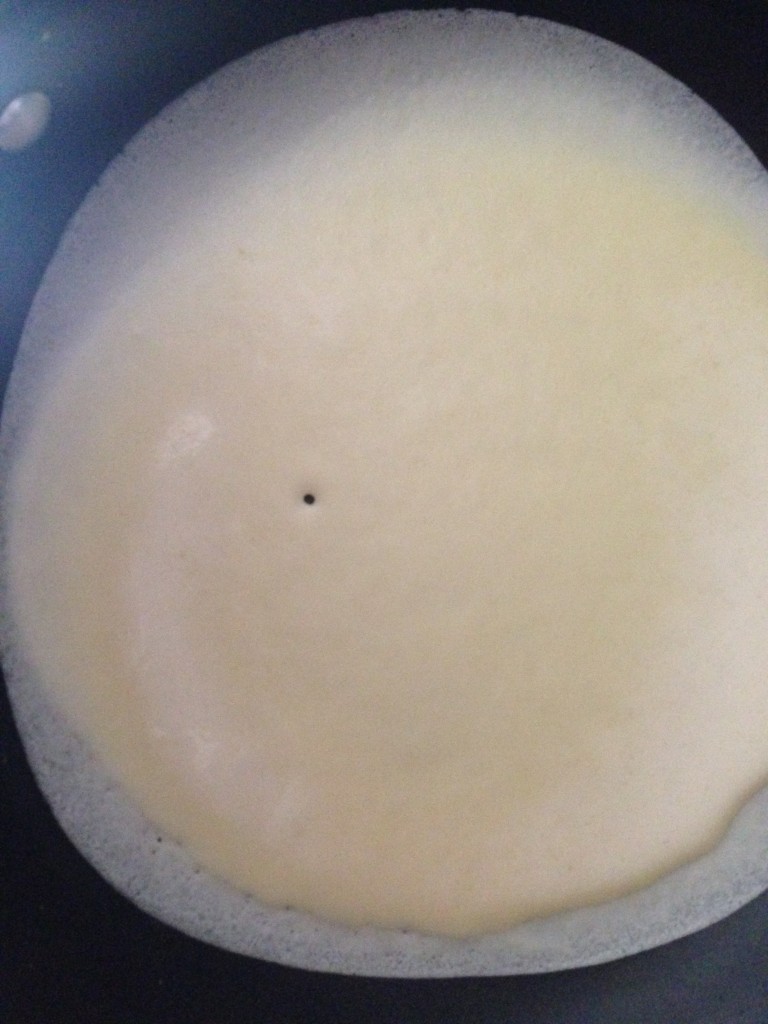