Jenny if you had only known that I have spent much of my art making life making Solar Prints or in photography language Cyanotypes. Check out what wiki says about cyanotypes. Two fun things to note: First it is the same process used in architectural blue prints. Second a women named Anna Atkins brought the process to photography, doing a very similar thing to Jenny, documenting ferns and sea weed by placing them directly on the paper.

Here are some of my images using cyanotype. The first three were made the summer I was pregnant with my oldest. I was finishing up grad school and was torn between career and motherhood. The first one was made on this retreat  in Western Massachusetts. As far as how the cyanotype process was used. The first one was simply roots, a bracelet, and cut paper arranged to compose a pregnant belly with the roots looking like veins and the bracelet looking umbilical cord like. The other two I put an ultra sound print out on the copy machine and enlarged it onto a transparency sheet (used for overhead projectors).  Then used the transparency to make a cyanotype print.  After the paper dried I added the 1950s house wives using photocopy  transfers. 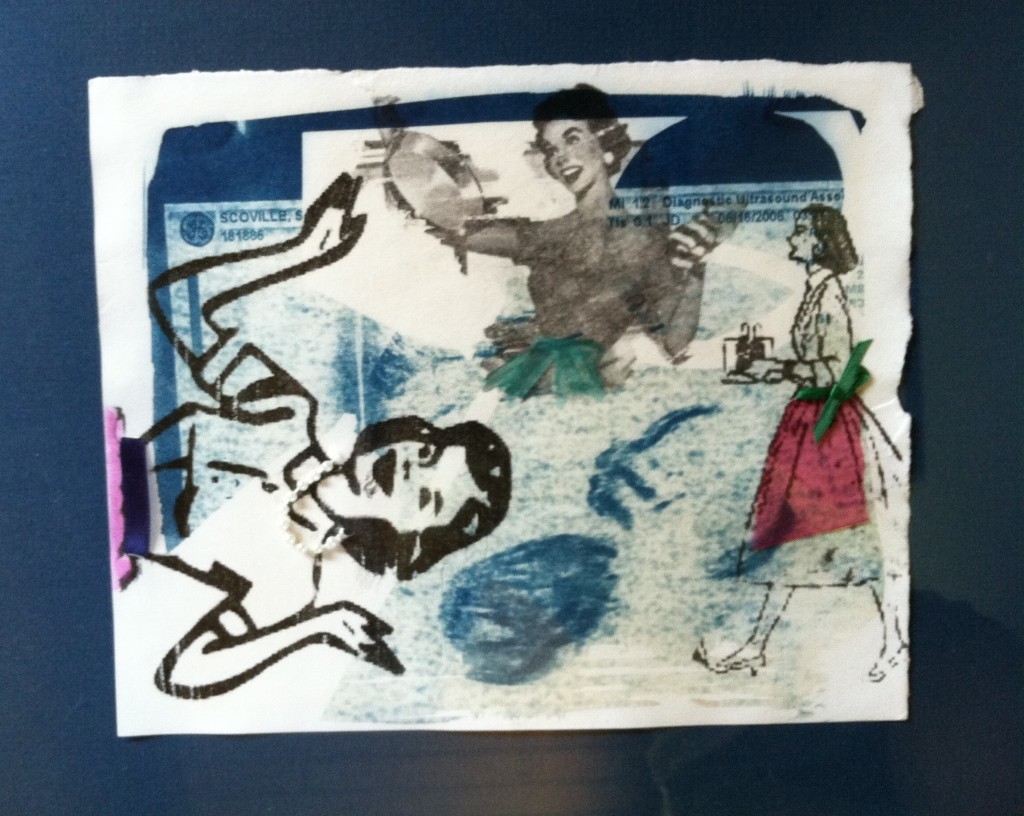 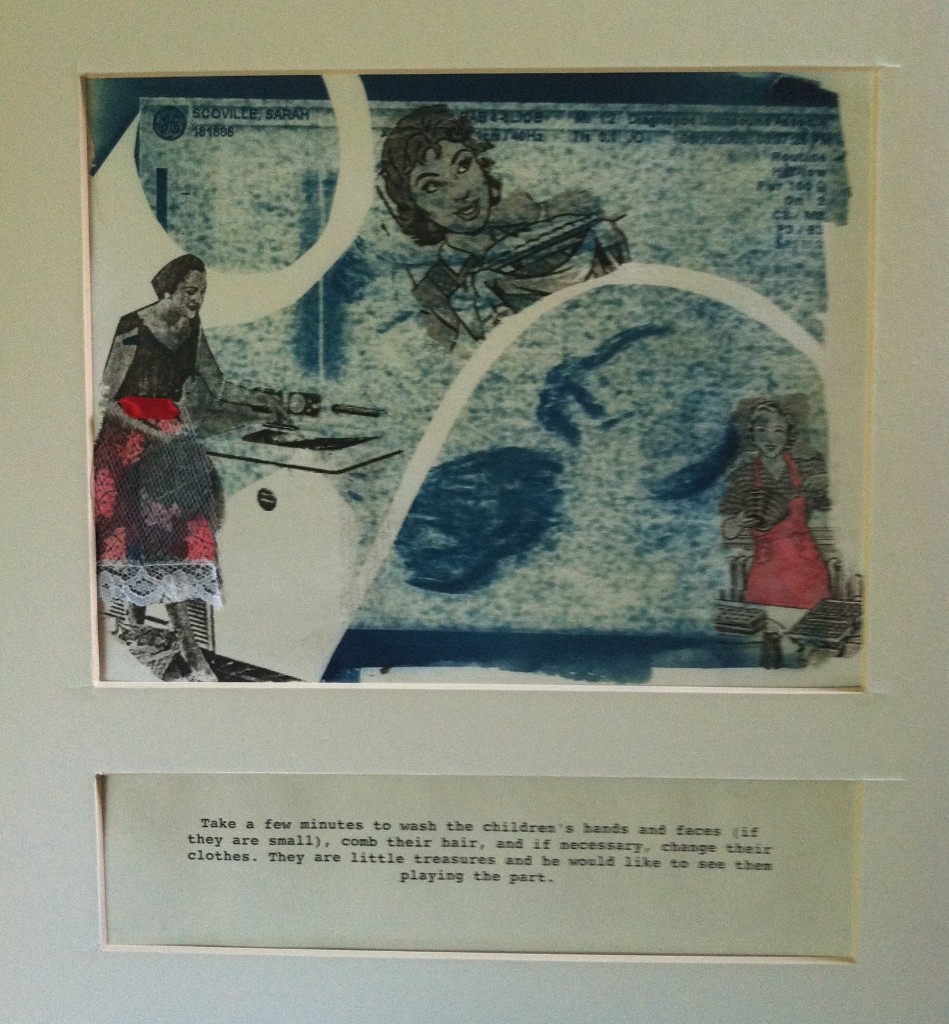 The quilt was done years before in undergrad. I used large negatives that I made for the faces and the flowers. I just looked up the company I used to purchase my fabric from, they have survived!! Check them out here. The theme was very angst late teens / early twenties  “love me or love me not” with the daisy flower losing it petals. 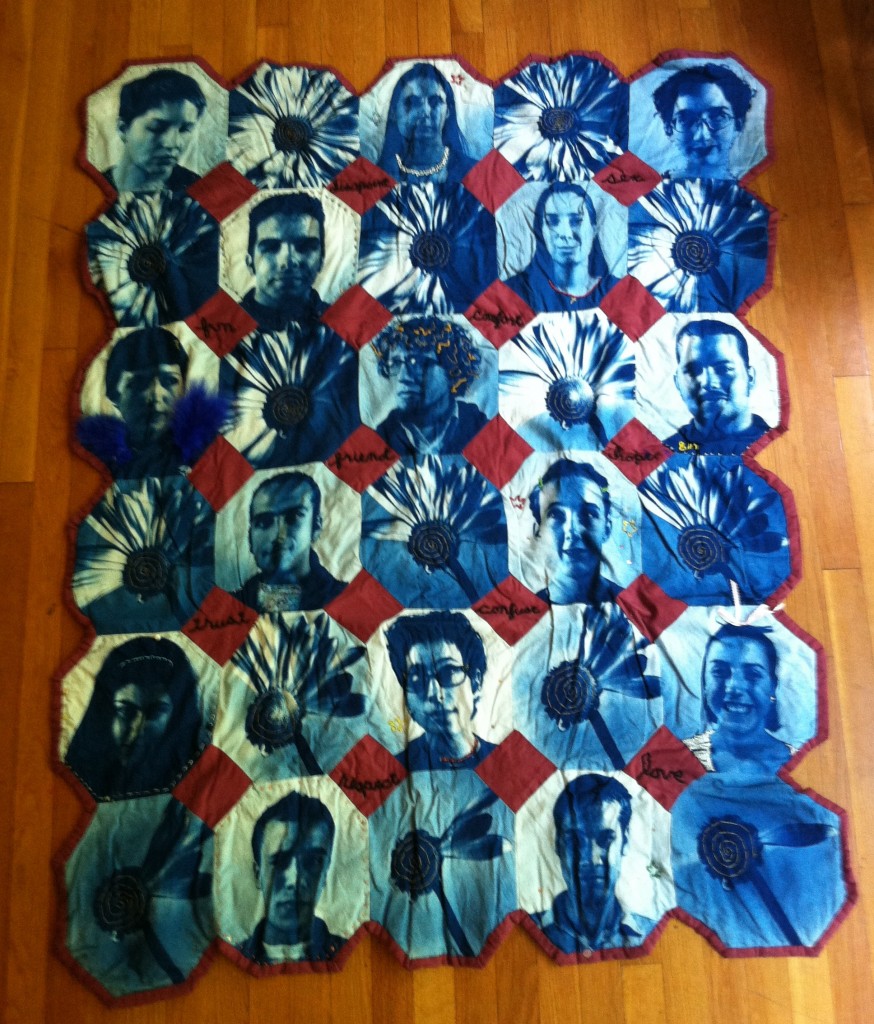 Please drop off the rest of your kit, Jenny! I would love to play again! Maybe the Cyanotype Store has inspired you to try more experiments.