No these hot rocks aren’t for a spa back massage. A fun summer crafts with river or beach rocks. I found it here on The Artful Parent. It is simply putting rocks in the oven for about 10 minutes. Then carefully placing them on a towel with newspaper on top. And drawing with crayons. 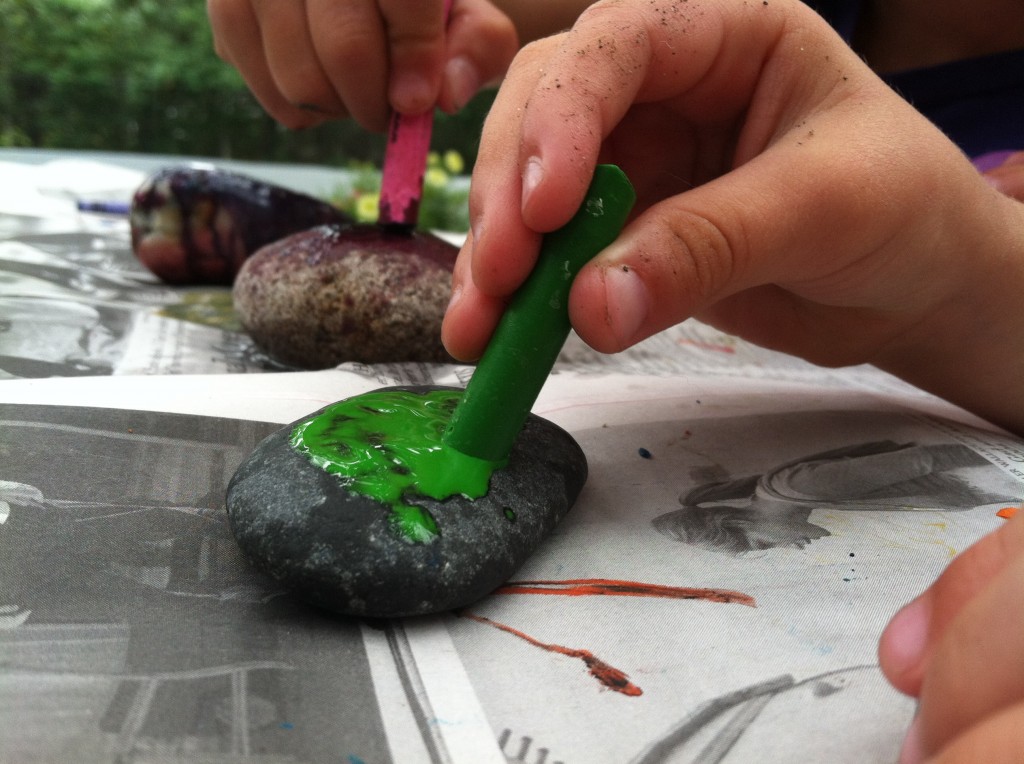 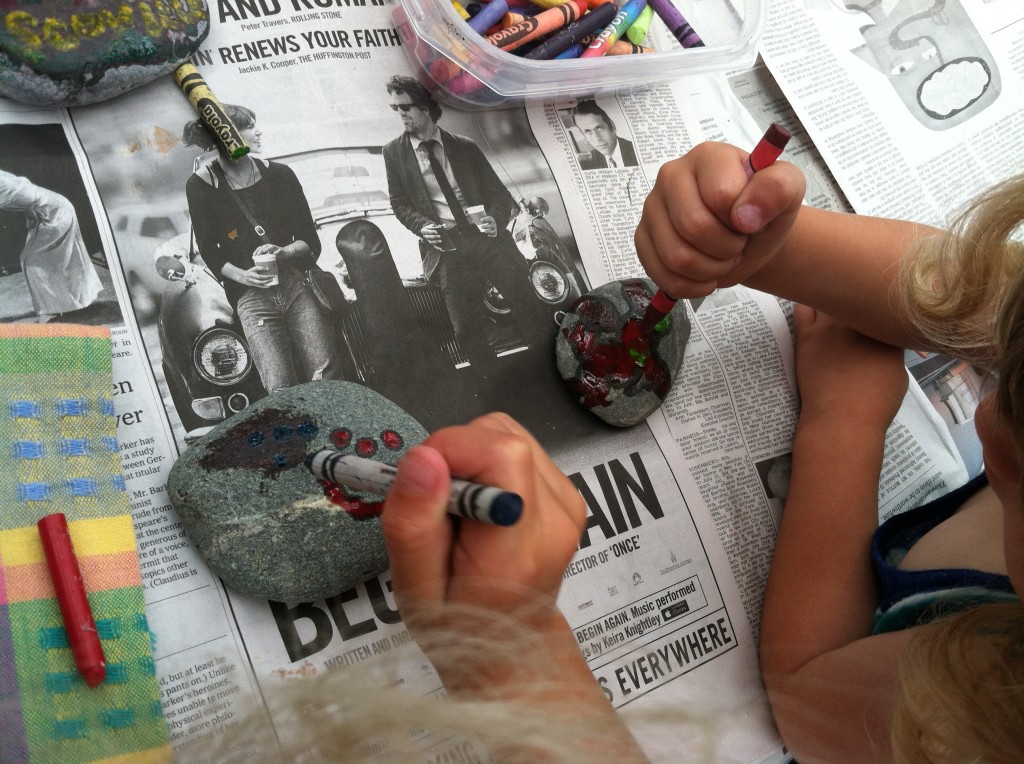 I was worried about dealing with scolding hot rocks and young children. I laid down the law about – NO TOUCHING. My oldest daughter has to figure most things out her self, so she found out the hard way, which only resulted in mostly a surprise. My other two rule following children listened and had fun. Unlike paper or fabric there is no need to hold the rock to keep it steady while drawing.