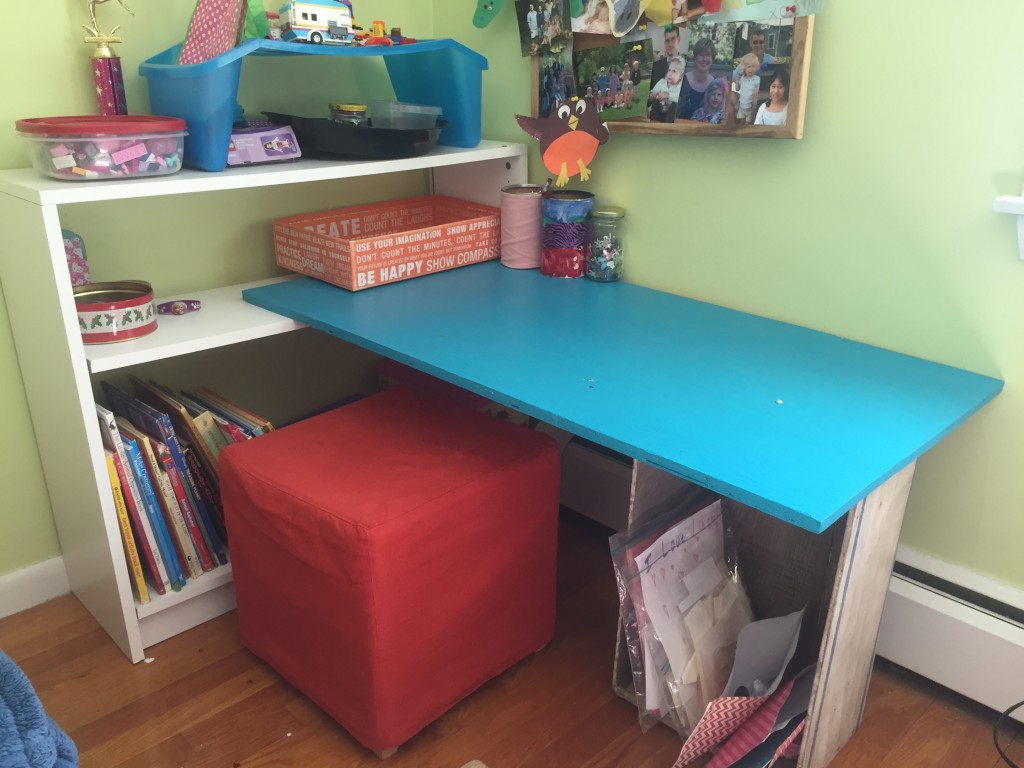 My five year old has recently been a little like Pig Pen from Peanut’s.  Instead of dust and dirt she would leave a trail of art sheddings.  Glitter, paper clippings, markers, stickers, and her creations where left everywhere. I asked her if she would like a desk in her room to do projects on. She was delighted by this idea – so togehter, with the resources we had in the house, we made a desk.

Here was our thought process: The book shelf was already in her room. Nothing stayed on it because it was usually being made into some masterpiece. We found a nice thick piece of plywood that was left over from another project. We also found a wooden crate. Together we primed and painted the plywood. I drilled a hole in the crate and the plywood to attach them with a nut and bolt.   Then simply slid the other end onto the middle shelf. Now she has a large space to make her work as well as keep her supplies. It won’t be her forever desk, but it is perfect for now. She is very proud she helped with the concept and creation of it.