I’ve always wanted to make my own veggie or black bean burgers.  I like veggie burgers, but there is often some seasoning in veggie burgers I don’t really love (sometimes cilantro, sometimes other stuff), and I tend to get heartburn with bell peppers which they often include. I figured I could make something. Similarly, my kids refuse much of anything that looks like it contains peppers. They do enjoy black beans, but don’t much enjoy exploration in flavor profiles. They LOVE burgers. I’ve always figured we could come up with something we all enjoy. 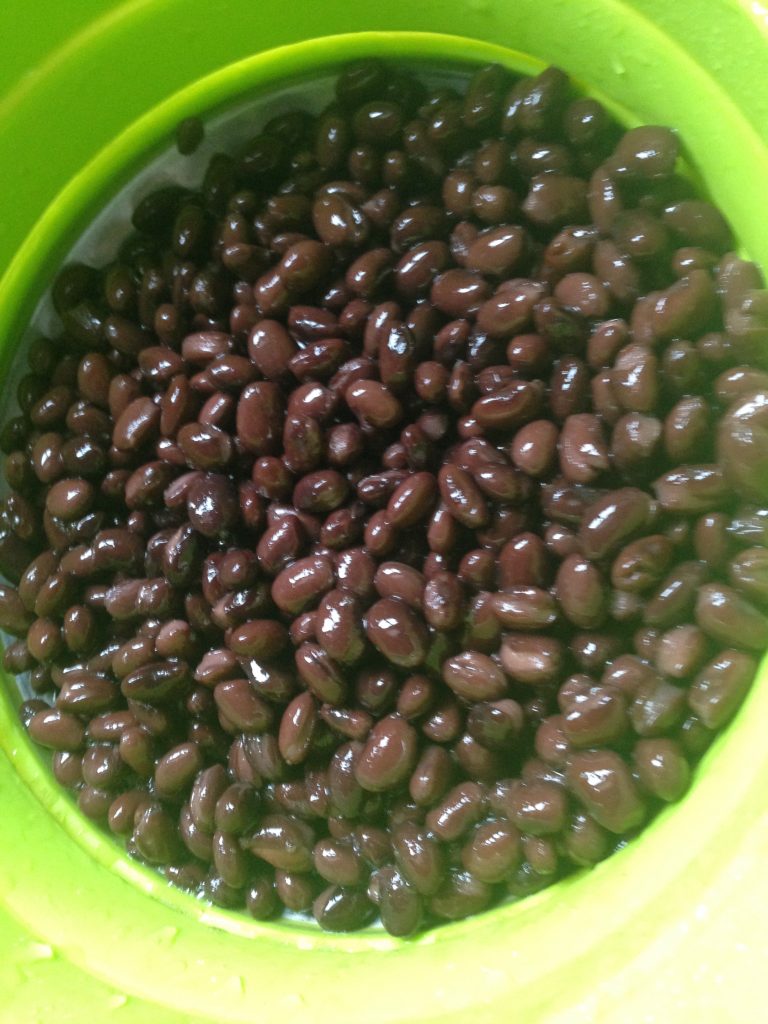 When I research black bean recipes, many rely on ingredients we don’t really want (seasonings, bell peppers, sweet potatoes). There are recipes that I can work around this for sure, but I also don’t want to add breadcrumbs. I don’t really have a great reason, other than I don’t want to make a ball of breadcrumbs to put on a bun, we can just eat bread with a few beans on the side for that.

For the past ten or more years I’ve thought about making my own veggie burgers and I had never just given it a go until yesterday when we had a bowlful of chopped up mushrooms, half an onion and some fresh basil leftover from making pizzas. I thought this was a good start. 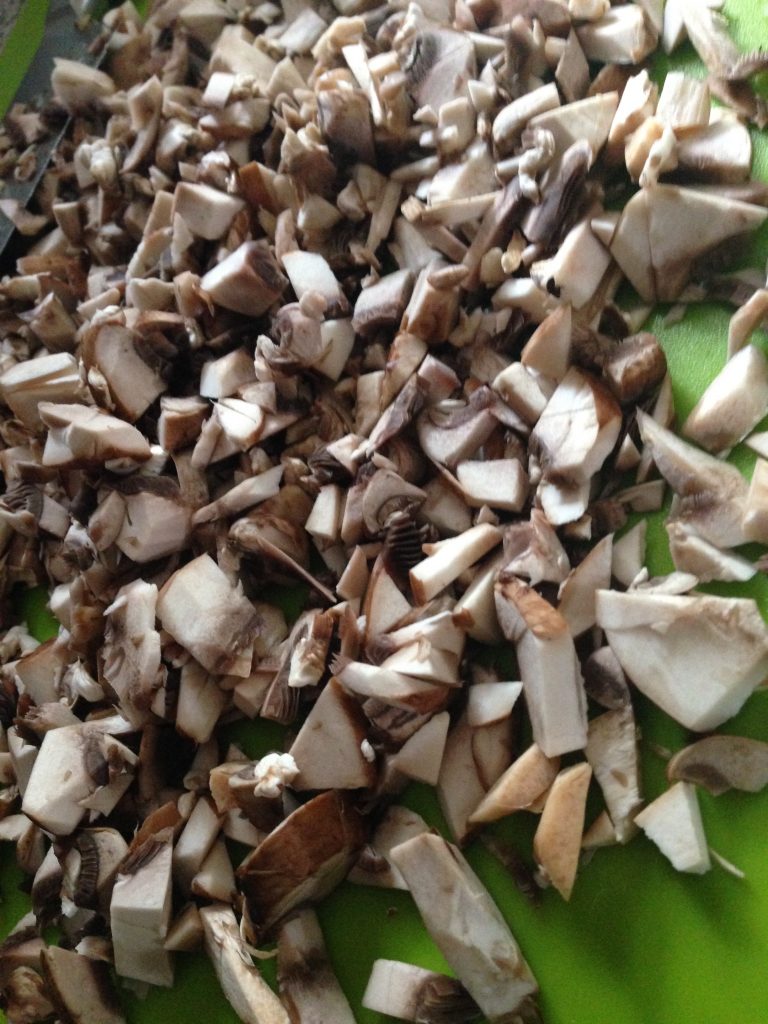 I sauteed the mushrooms and onions and threw them in the food processor with a drained and rinsed can of black beans, a cup of cooked quinoa, some Lawry’s Seasoned Salt, and the basil. I mixed it up. Maybe I mixed it up too much? It was a very wet. It tasted good though. I added in two raw eggs and mixed it up, which made it more wet. I put it in the refrigerator to see if it would harden up any. It didn’t. 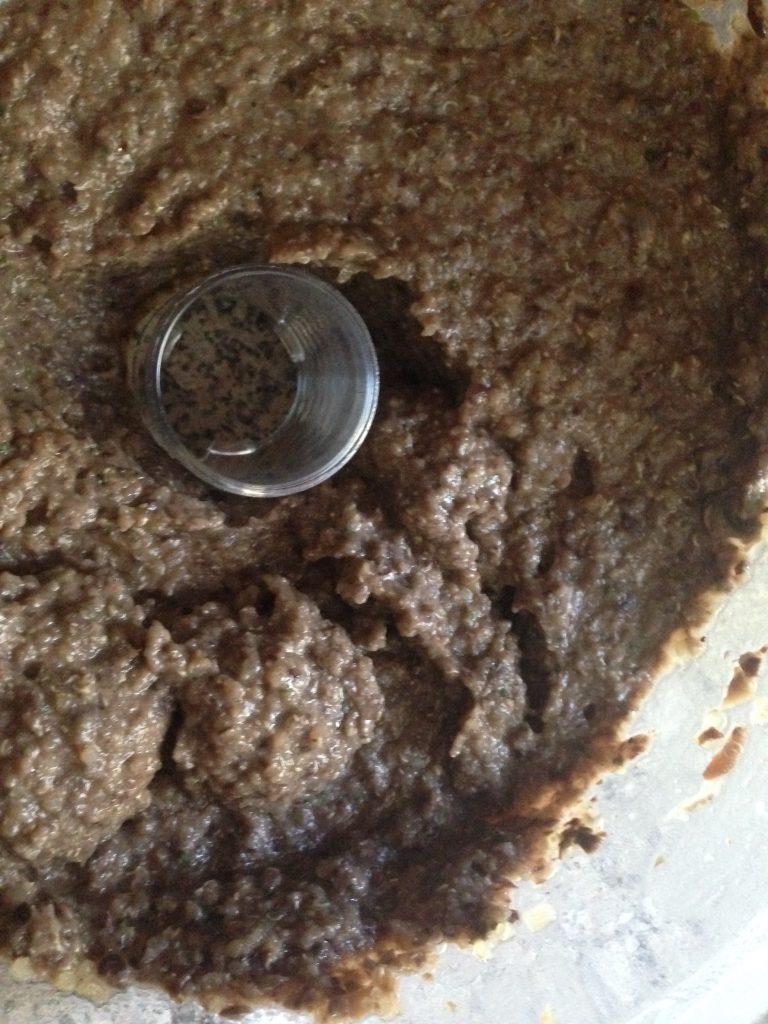 I made puddles of the mixture and baked it at 350 degrees Fahrenheit for 35 minutes and they did bake solid. I decided not to subject my kids to this experiment based on what I knew their reaction would be to their appearance (they were ridiculously unappealing and opened the window to a lot of bodily function comments), so I heated a few up of the bean burgers on the grill for my husband along with brussels sprouts and some beef burgers for the kids.  We ate them. They tasted good. They had exactly the texture of a savory muffin, which was hard to get past for me, but my husband didn’t mind. He actually enjoyed that they were “somewhat light and airy.” My husband said they’d be great with fried eggs over the top (there are a handful in the freezer now, we’ll see if he carries that out). They were not the burger I was hoping to create but the window has opened for creation and experimentation and I’m no longer afraid. 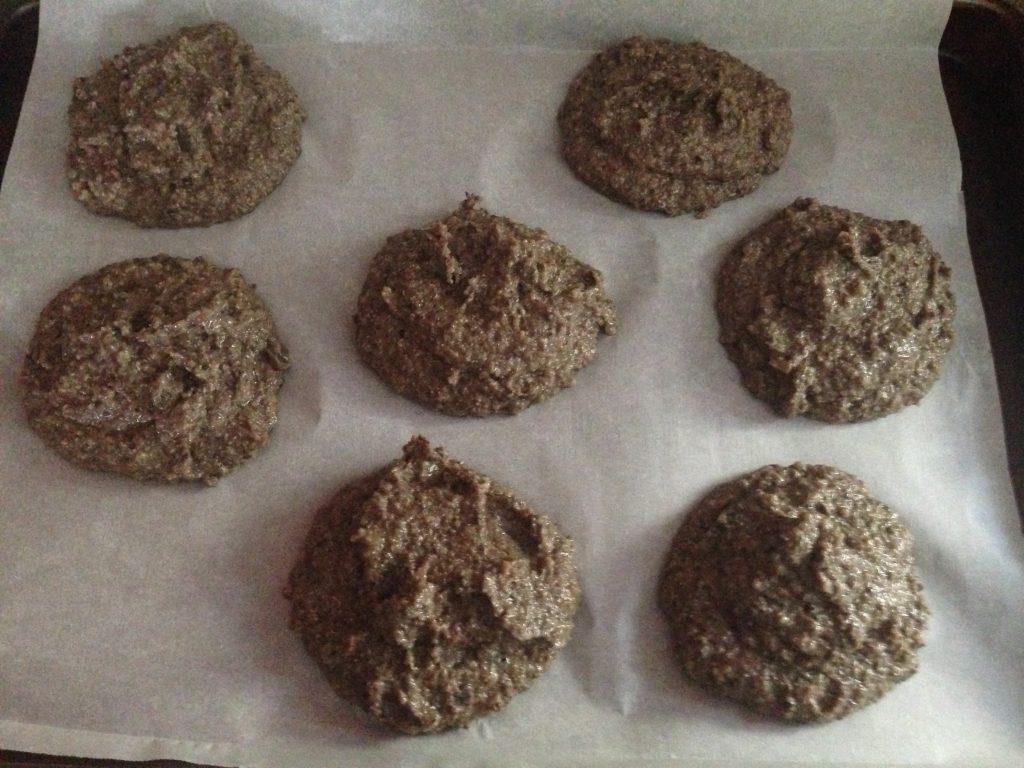 I’m thinking I don’t blend as much and/or reserve some solids to put back into a blended portion. Also of pan frying the “patties.” Does anyone have any tips, suggestions or recipes for black bean burgers without breadcrumbs, cilantro or bell peppers?