Ever since my husband and I moved in together, we’ve regularly made our own pizzas on Friday nights. I make the dough ahead of time, we get out the pizza stone, peel, cutter, a few spatulas, spoons and knives; shred the cheese, chop the toppings, preheat the oven for a long time, jockey for counter position, get flour and corn meal all over the floor, dirty five or six dish towels, and set off the smoke alarms. That’s the pizza night   tradition. 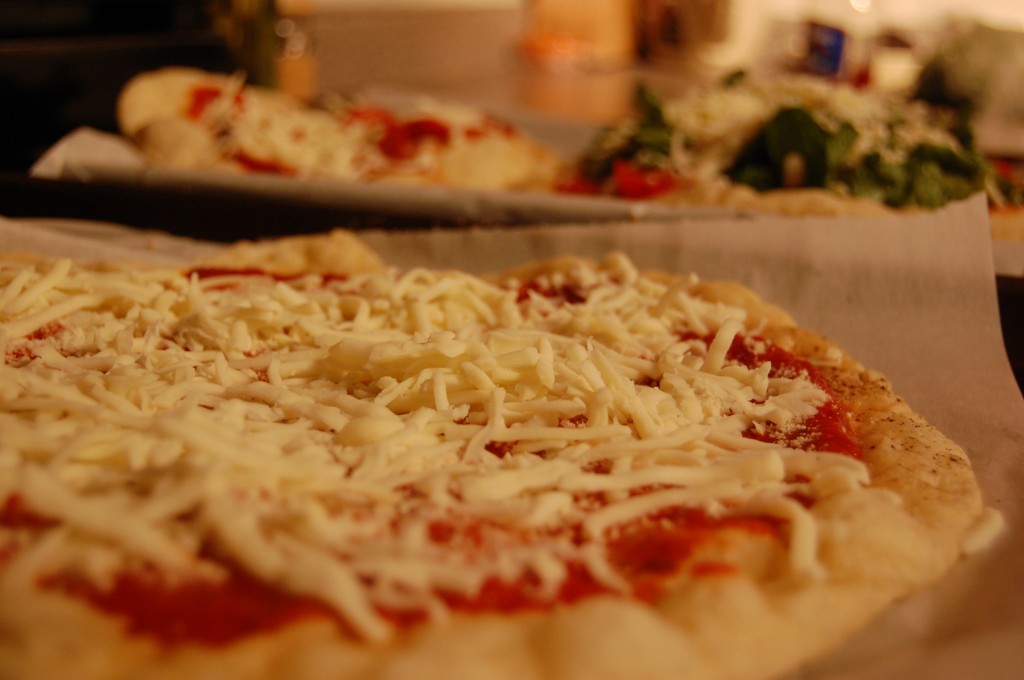 Inevitably, I make too much dough and have a chunk leftover after the pizzas are made. We’ll make flatbreads, more pizza for leftovers, freeze or throw out the dough or sometimes save it for fried dough for breakfast. Because I’ll sometimes use a Boboli-esque crust or store bought naan for a quick lunch or dinner or snack for the kids on non-Friday pizza nights, I’ve wanted to try to make our own pre-made crust for a while. Parbaking is the way to go (or so says here, here and a variety of other websites across the internet).

After we made our pizzas a few Fridays ago, I stretched out some crusts and gave them 3-4 minutes on the hot pizza stone (~500 degrees). I let them cool, stacked them between waxed paper, wrapped them in plastic wrap and then foil and put them in the deep freeze. Last night, I pulled them out of the freezer and set them on cookie sheets. I preheated the oven to 425 degrees, topped the crusts, and baked for about 10 minutes, then put them under the broiler for another minute or two. Having cooked them originally at high temperature on the dirty pizza stone gave them a bit of char taste (think brick oven), and they cooked up with a crispy fresh tasting crust, just how we like them, with minimal preparation or cleanup. 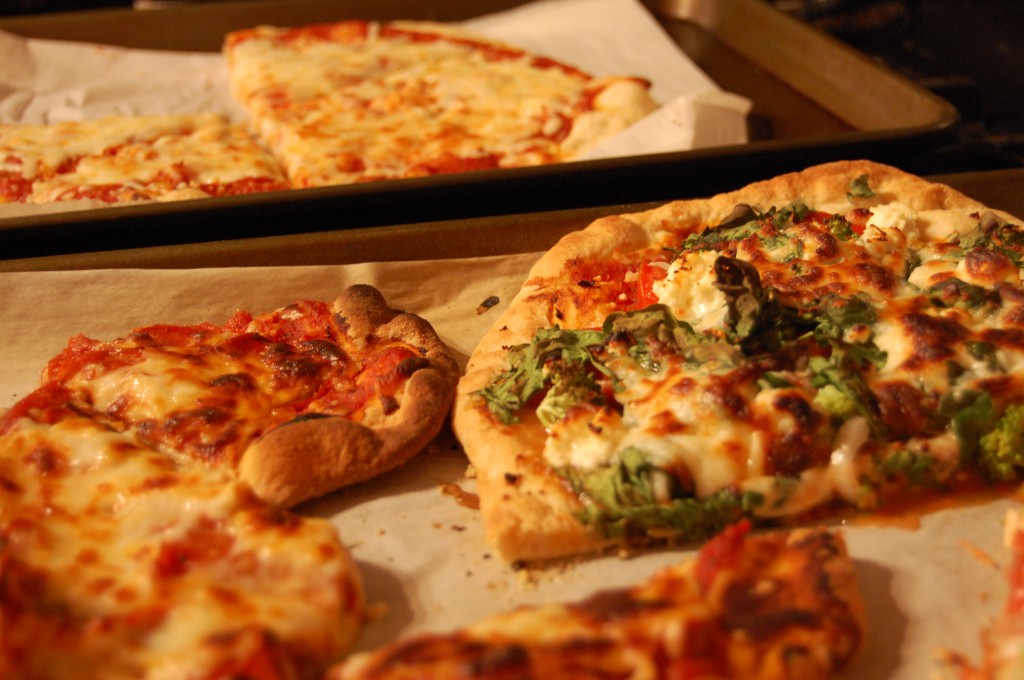 Use your own dough recipe or store/restaurant bought dough. Most resources don’t recommend fully topping the pies in advance. I would make the crusts small enough to fit stacked in a gallon ziplock bag for ease of storage. If you don’t generally have pizza toppings on hand, or if you make your own pizza sauce, double the recipe, put extra pizza sauce into it’s own bag or container and slide it into the bag to be frozen with the crust. Shredded cheese can also freeze, as well as most fresh/chopped vegetables and herbs, throw it all in snug together. You are all good for a night out without worrying what your spouse/babysitter will feed the kids.

[ Another quick frozen pizza trick that I know from habitually ordering far too much delivery pizza when entertaining, is to freeze leftover pizza slices from your favorite pizza parlor. Stack slices between waxed paper, and put them in a freezer bag, or wrap in plastic wrap and then foil and freeze. When you want a quick slice, pull one out, heat it directly on the oven rack, a piece of foil or a cookie sheet at 425 degrees until the cheese is bubbly or however warm you want it. ]

For those without a pizza dough recipe, but looking to try one:
I have many in the rotation, but here is the easiest pizza dough recipe that I use: Easy Peezy Pizza Dough. It’s the easiest, because you just dump everything in the bread machine and walk away and come back and it’s risen so healthily that it has lifted the cover off the bread maker. It regularly works out so nicely, I have had the recipe taped to my breadmaker for years. In fact, I think the only thing we’ve used the breadmaker for in the past ten years is to make this pizza dough. Try using different oil, brown sugar, part whole wheat flour or adding in herbs/seasoning to change up the flavor. 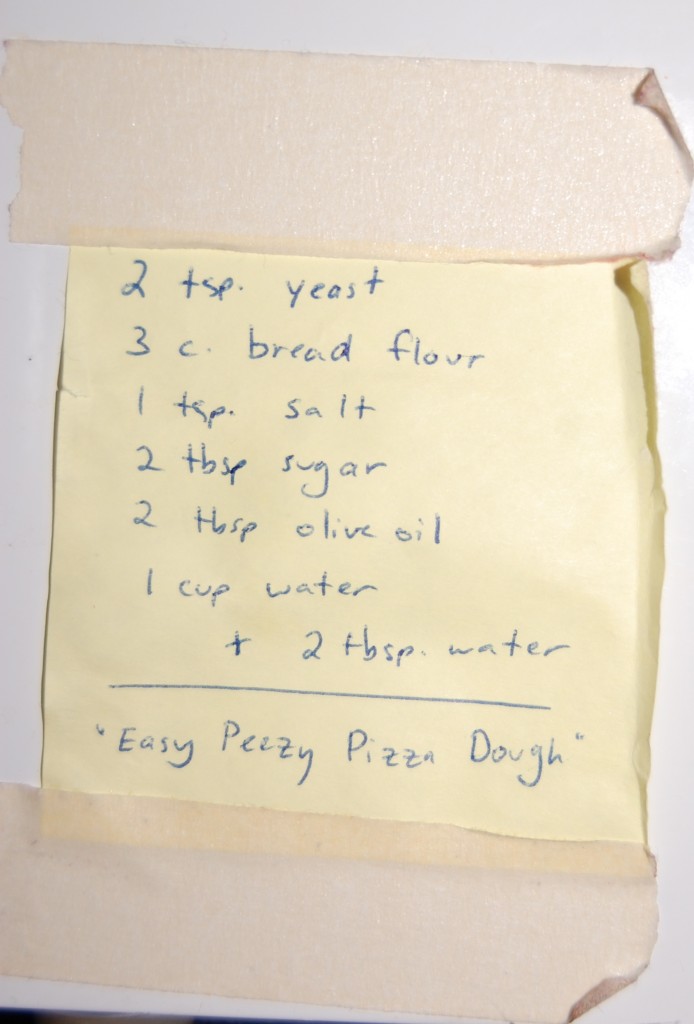