I don’t have Sarah’s artist’s brain. Coffee Can Storage is a fun art project and a great reuse of materials, but the roundness would make me nuts. My engineer brain requires clean surfaces, pieces fit together efficiently and sorted logically, visibly and completely. Rectangles, squares, compartments, stackable.

And along the theme of rectangles, squares, and stackable, last week, I tackled the Legos. We already had a system with six project case drawers

, which is great for holding the Legos, but alone, not great for practically organizing them. Believe me, I’ve tried. 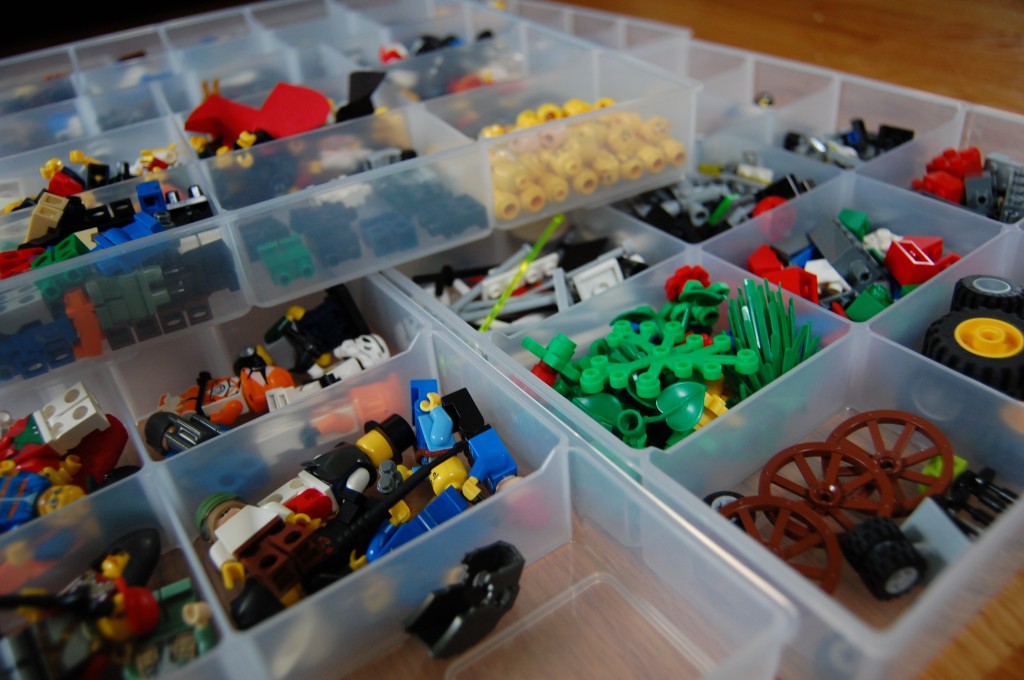 I bought Lego sorting trays at the Lego Store. They fit into the project case/drawers we already had, but with a lot of wasted head space where bricks could easily jump compartments if shaken/dropped. The Lego store has other drawers where two sorting trays could fit per drawer. If you are into compartments, you can sort Legos using drawer organizers from an office supply store, tackle box storage, craft beading containers, or little drawers intended for small hardware parts. 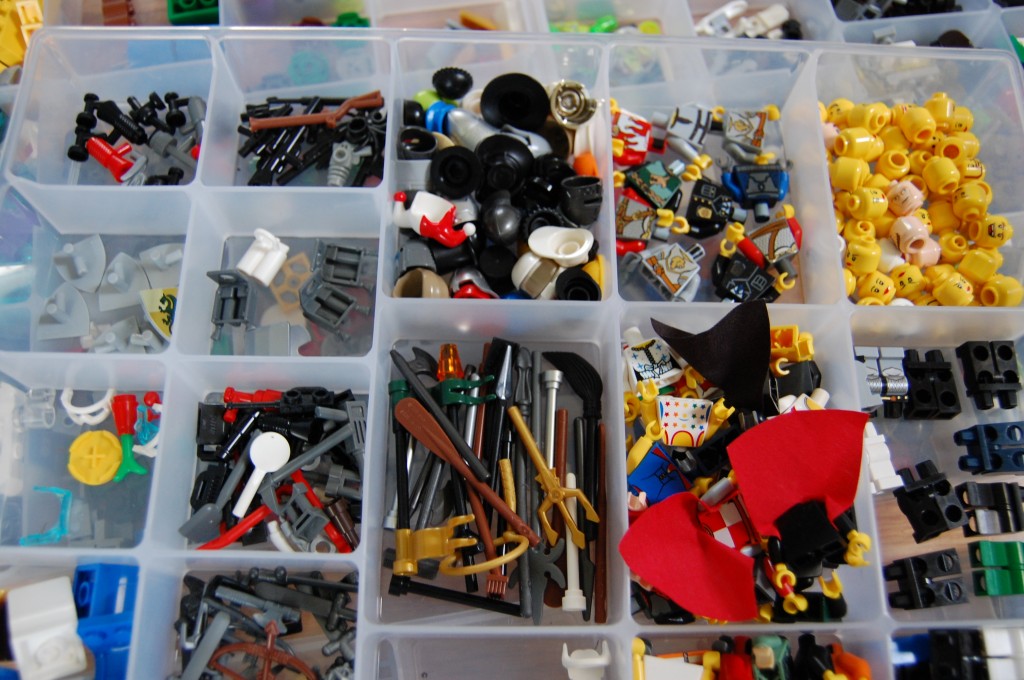 I sorted. It was lovely. We have all of the little pieces sorted in the stackable trays, and with those pieces removed from general Lego population, the drawers are organized logically by brick type and/or building purpose. My kids helped sort some, but mostly they were too interested in the re-discovery of all of the little pieces that had formerly been hidden at the bottom of the drawers to stay focused on the job. All three of my kids are dollhouse/figurine/role play kids more than builders, so having the mini-figures and their accessories visible is appreciated. Trays have already been spilled, but it wasn’t bad to clean up and re-sort. 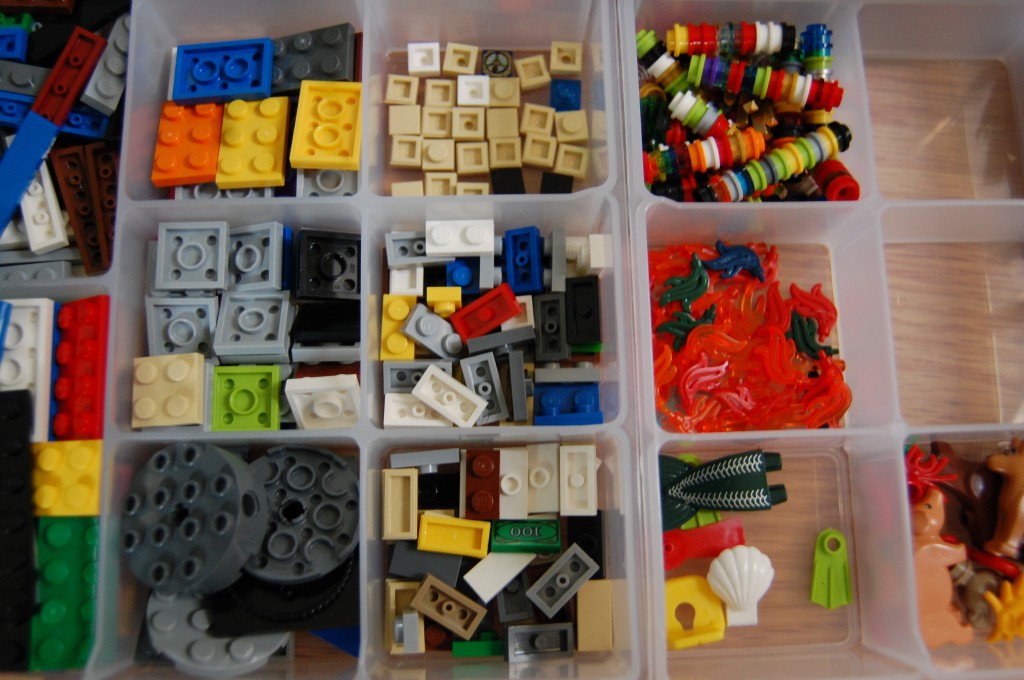 Eventually, another set of drawers might be nice to protect the trays from spills or to fully put them away, but the cost and space is unnecessary. The trays’ home for now is stacked on an old table the kids can leave projects out on in the playroom. The stacked trays also fit nicely in the cubby organizer in our toy closet. 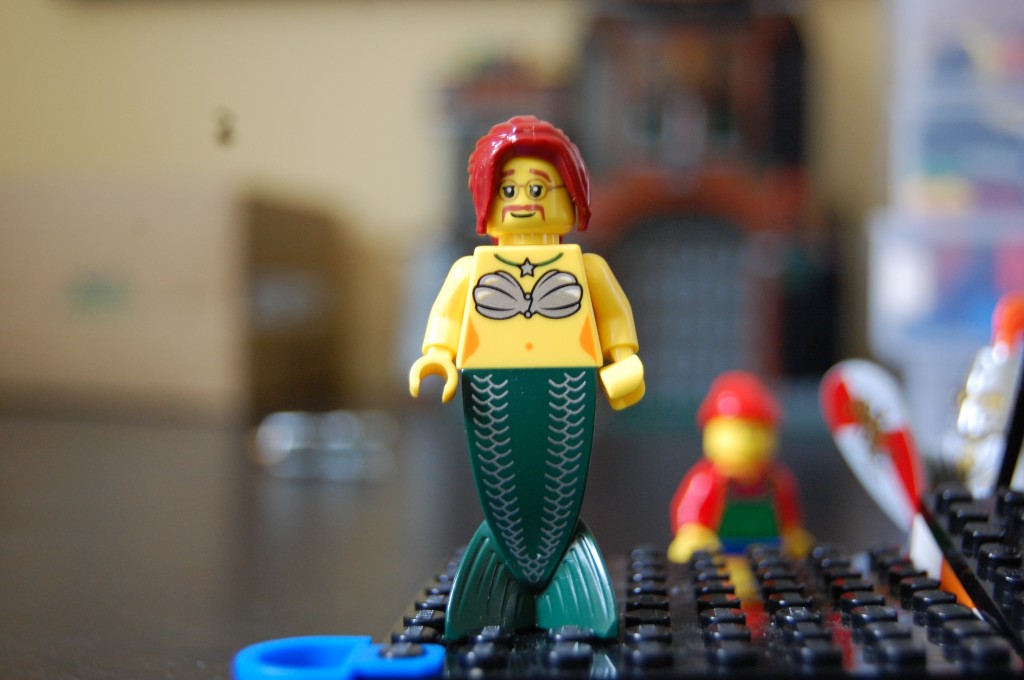 I’m sure this will get messed up. Things won’t get put back in the right place. Trays will be dumped on the floor to use compartments as mini-figure bedrooms or as an accessory to some non-Lego game or imaginary world. I’m not worried about it. I know kids need to find creativity in the organized or chaotic, stacked or in piles on the rug, squares or circles, sorting trays or coffee cans. 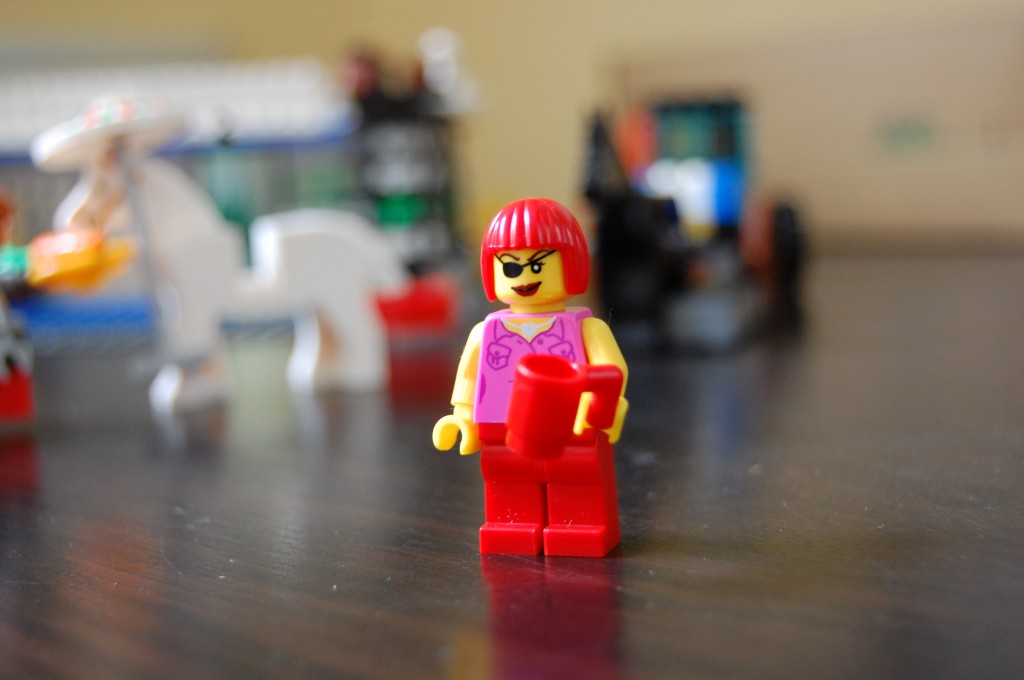 This lady reminds me of Uma Thurman in Pulp Fiction.