Halloween may be my favorite holiday. There is no preparing food, no getting gifts, and no cleaning the house. Just making costumes!! Growing up Halloween was great fun, but it was taken to the next level when I went to art school! The Maryland Institute College of Art threw a major party in their main building (pictured) below. If you wanted to compete in the costume contest you would parade down the center stairs. Very dramatic!

I have three kids, but make 4  kid costumes a year. My niece’s birthday is in late October so her gift every year is her costume. It was remarkable this year, on a rainy day in August I convinced all 4 (really the 3 big kids – the baby had no choice) to commit to a costume idea. Many ideas were tossed around as you can see in the drawing bellow, but for the last two months they have stuck to the circled plan.

Here is the ice cream cone finished. To inflate it I blew up various sized zip lock bags and stuffed the scoops with them. The scoops are defined by elastic at the neck, the waist, and the hips. 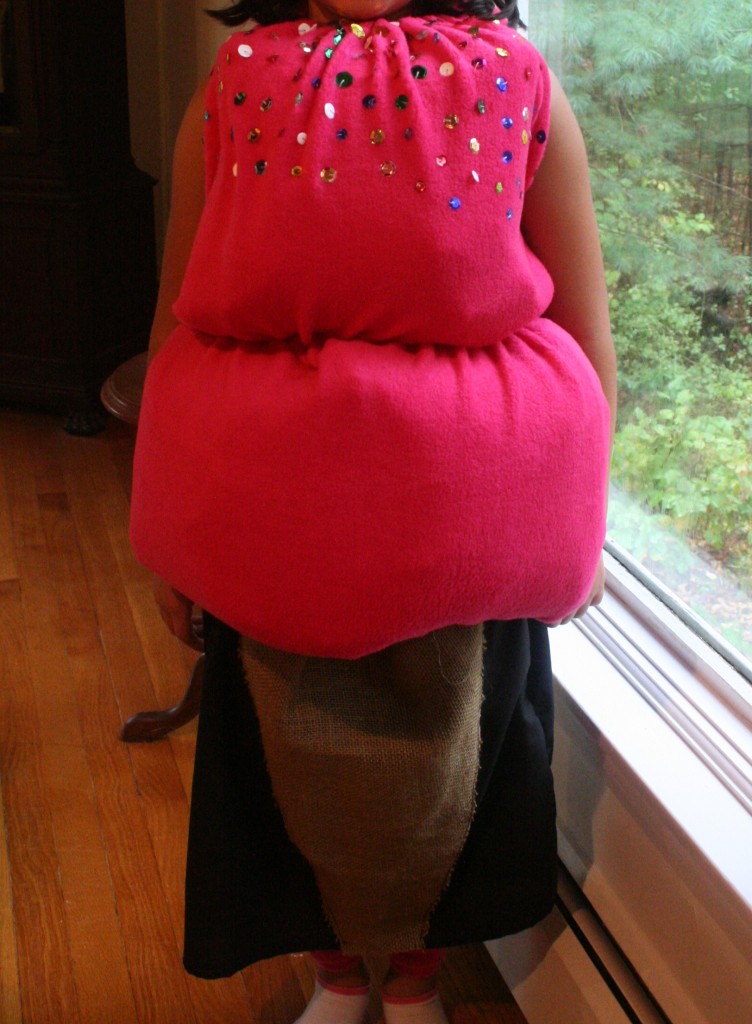