But this week, snow storms, a sick kid and a stay-cation make an excellent recipe to start with candy bar experimentation. My favorite candy bar varies on mood, but in general I lean towards Skor or Toblerone bars. So I decided to make sure that I can successfully make toffee. I’ve tried before, both successfully and unsuccessfully, but haven’t done it in a while. 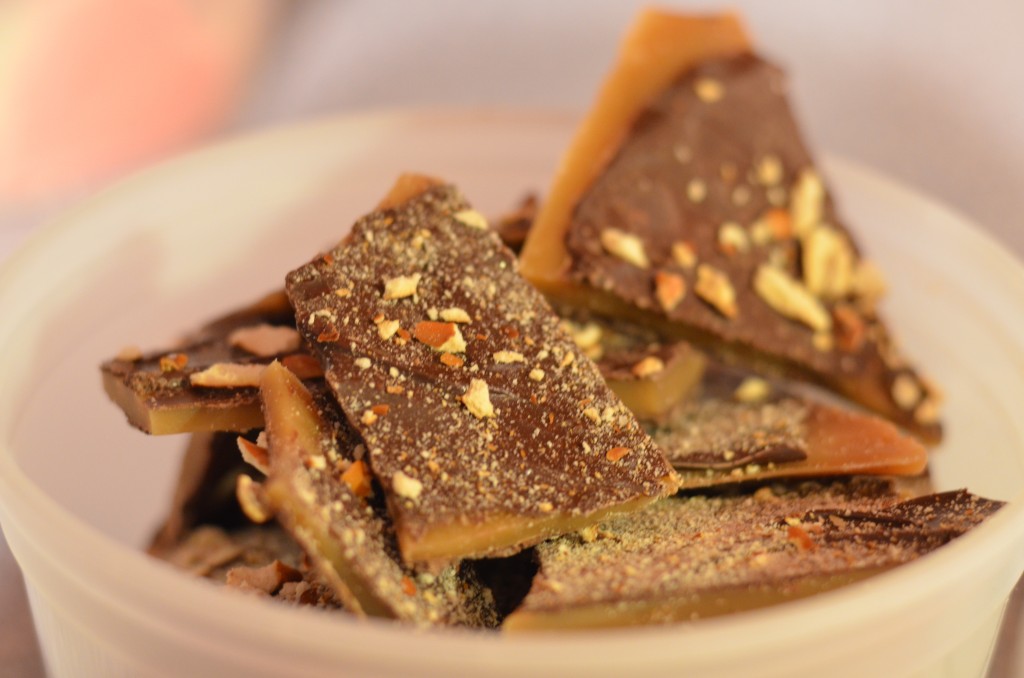 I used The Pioneer Woman’s Lia’s Butter Toffee recipe. As is typical with The Pioneer Women, the directions are detailed and entertaining (so I’m not going to reprint them), however, the recipe is measured in weight instead of volume. I briefly searched around my house for my postage scale, and then searched the internet for equivalency charts instead (16 oz of butter is easy, it’s a box, the sugar works out to about 2 1/4 cups of sugar). 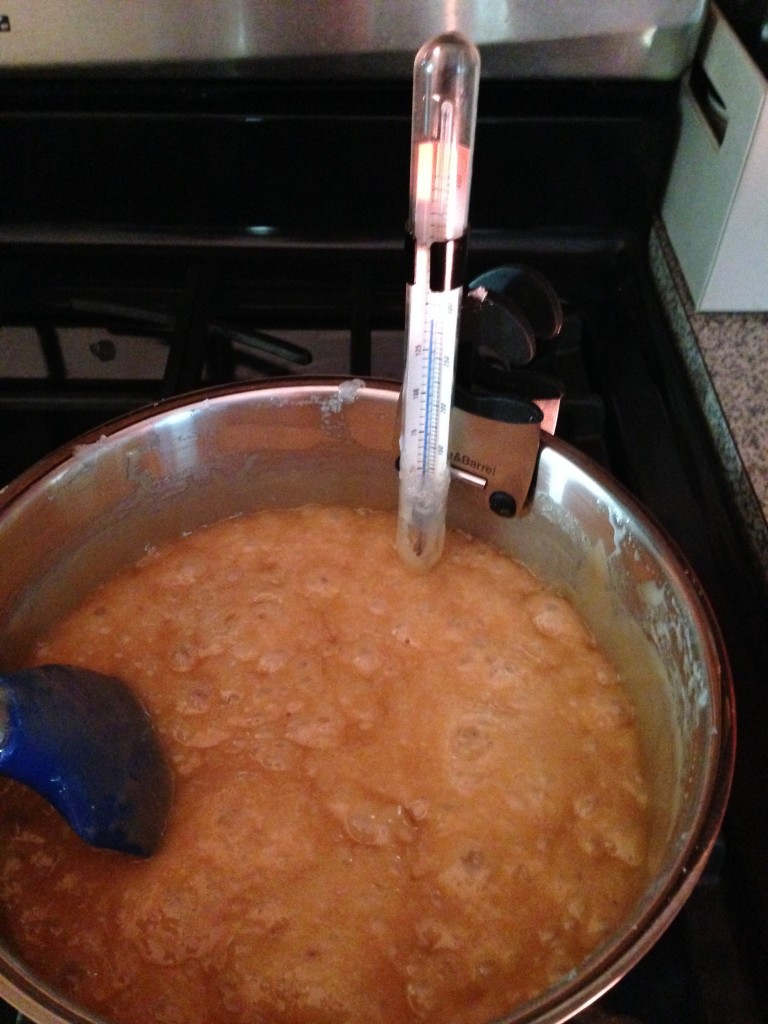 The Pioneer Woman topped her toffee with nuts, candy canes and sea salt. Since I’m moving towards making a candy bar of my liking, I crushed up pretzel for the topping. 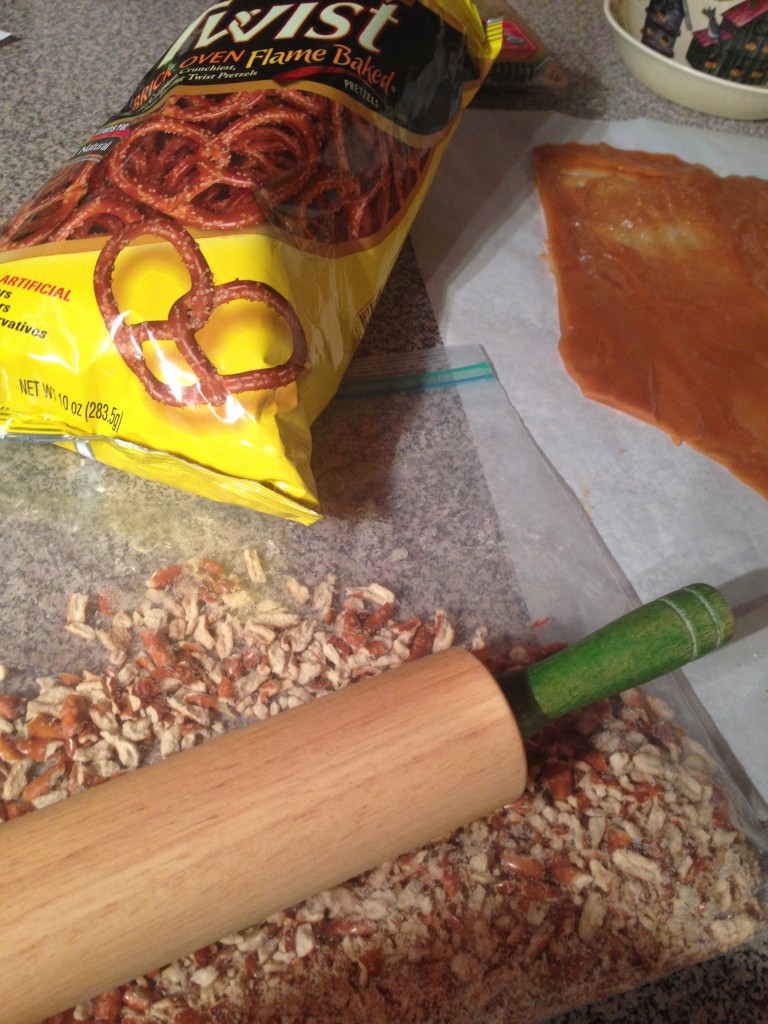 The Pioneer Woman’s recipe made a lot. I sent some next door and we still have way too much, so I recommend cutting the recipe in half if you aren’t planning to hand out 80% of the batch.

I also recommend using a larger saucepan than you think because when this stuff gets boiling it bubbles up. I had to switch to a bigger pan about 10 minutes in.

I melted a combination of chocolate chips for the topping – 60% cocoa, semi-sweet and milk chocolate. It’s a good combination.

The cooking/stirring takes a long time, like 30 minutes. But in the end it’s worth it. It tastes just like a Skor bar. Next time I definitely want to add a layer of something else in between the toffee and chocolate, maybe some kind of nut butter.

Check out the The Pioneer Woman’s Lia’s Butter Toffee. 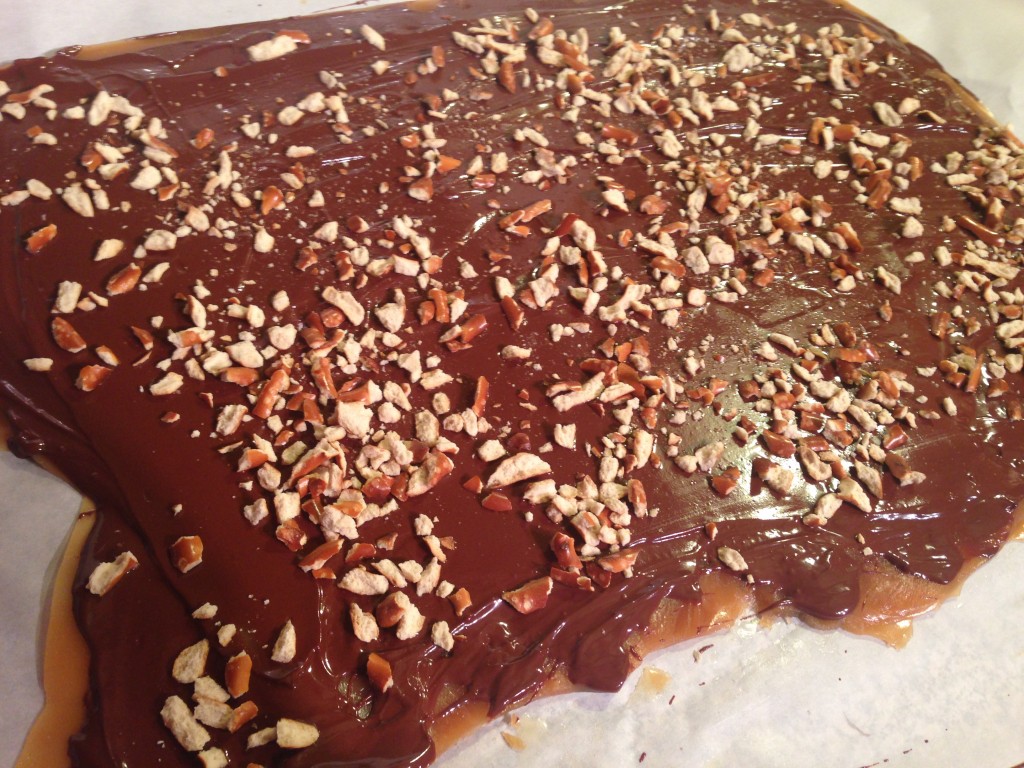