I have been looking for a new cinnamon roll recipe. Nothing is wrong with any that I have made, they just all sort of taste a little different and I haven’t found the one that tastes exactly like I want. I want the recipe to be make ahead – as in, prep it all the night/day before and an easy prep/bake in the morning so it can be served for breakfast. It would also be nice to prep and be able to freeze rolls individually, and then pull a few out of the freezer to bake too, since most recipes make a few times more rolls than we eat for breakfast, and a lot of work goes into have to dump leftovers after a day or so. I’ve tried this a few times with recipes not specifically made with this intention and it works out fine, but again, not exactly like I want. 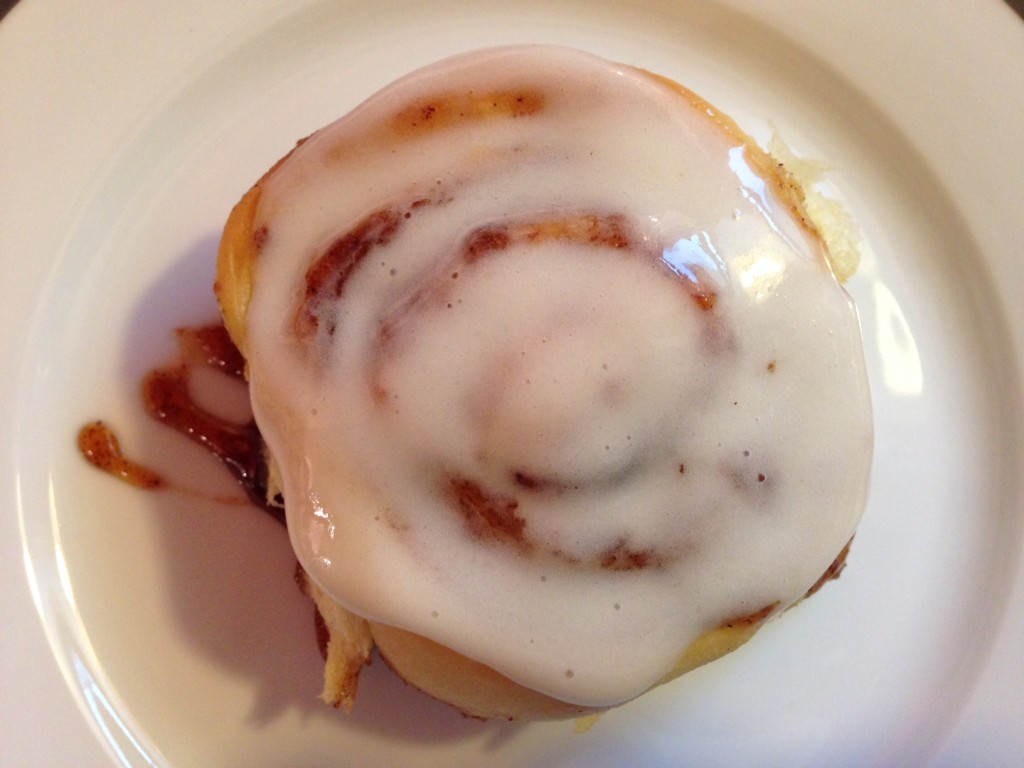 I often wonder why I don’t much love Alton Brown, with me being somewhat of a nerd and liking kitchen type things and all, and him the same. But I find him rather of pompous – the Alex Trebek of cooking shows. Maybe people think I am pompous too, so I don’t completely dismiss Mr. Brown. I’ve tried a bunch of Alton Brown’s recipes – recipes that have more than five hundred five star ratings on foodnetwork.com. I’ve also looked at a whole bunch more of his recipes and decided not to make them despite the rave reviews. He posts his recipes in weighted measurements (but does generally provide approximate equivalents in dry measurements). The theory behind this makes sense and he explains in his TV show, but it just doesn’t seem convenient for the majority of the home audience.  He often adds extra quirky steps or not easily accessible ingredients, and if you watch the TV (or youtube) episode for that recipe, there is a scientific-ish explanation, but in the end, having tried many of his recipes and recipes for the same end product, I don’t usually find these extras necessarily add to the end product enough to make them worth the time or effort if you are in a crunch. 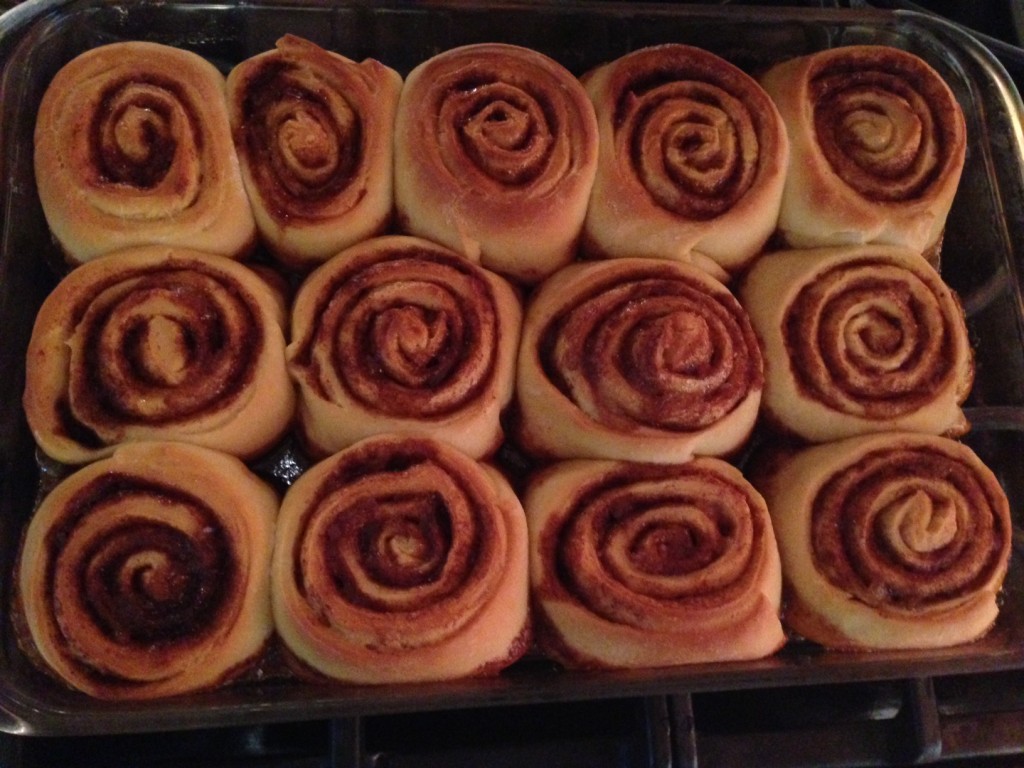 Anyhow, I’ll watch some Food Network shows he’s on once in a while and I still try out some of his recipes, just in case I’m missing the something that has made him as popular as he is. Last night I was searching for a new make ahead cinnamon roll recipe to try out (Cook’s Illustrated has a pretty good one that’s fine), and tested out the Alton Brown version. They turned out fine too. I was cursing Alton Brown when the dough was sticky and didn’t really seem to rise quickly. It also uses 4 egg yolks plus one egg, which seems mildly wasteful (I added a couple whole eggs to the egg whites and made scrambled eggs for a pre-hockey game supper for my girls last night). Then I was cursing him again this morning for having to take a pan of boiling water in and out of the oven (this seems like one of the extra steps a warm oven could have covered). But it all turned out fine. They rose nicely and had a good light texture.

And on a Sunday morning of a long weekend for the kids, with no Sunday school, light snowfall, and some ear infections, Alton’s comforting cinnamon buns came through.

They certainly did come out pretty. No complaints this morning in this house. I liked that one roll satisfied my two biggest sweets eaters’ appetites and a smile (and not too much icing) was on the face of my baby with the rotten ears. The warm leftovers were received with smiles and cheers by the boys and construction workers across the street. So good work Alton.

Do you have a good make ahead cinnamon roll recipe? Do you prefer monkey bread, sticky buns or french toast bakes for a make ahead sweet breakfast?