Have you seen Cauliflower Pizza all over the internet and wanted to see what the fuss was about? Well, I have. 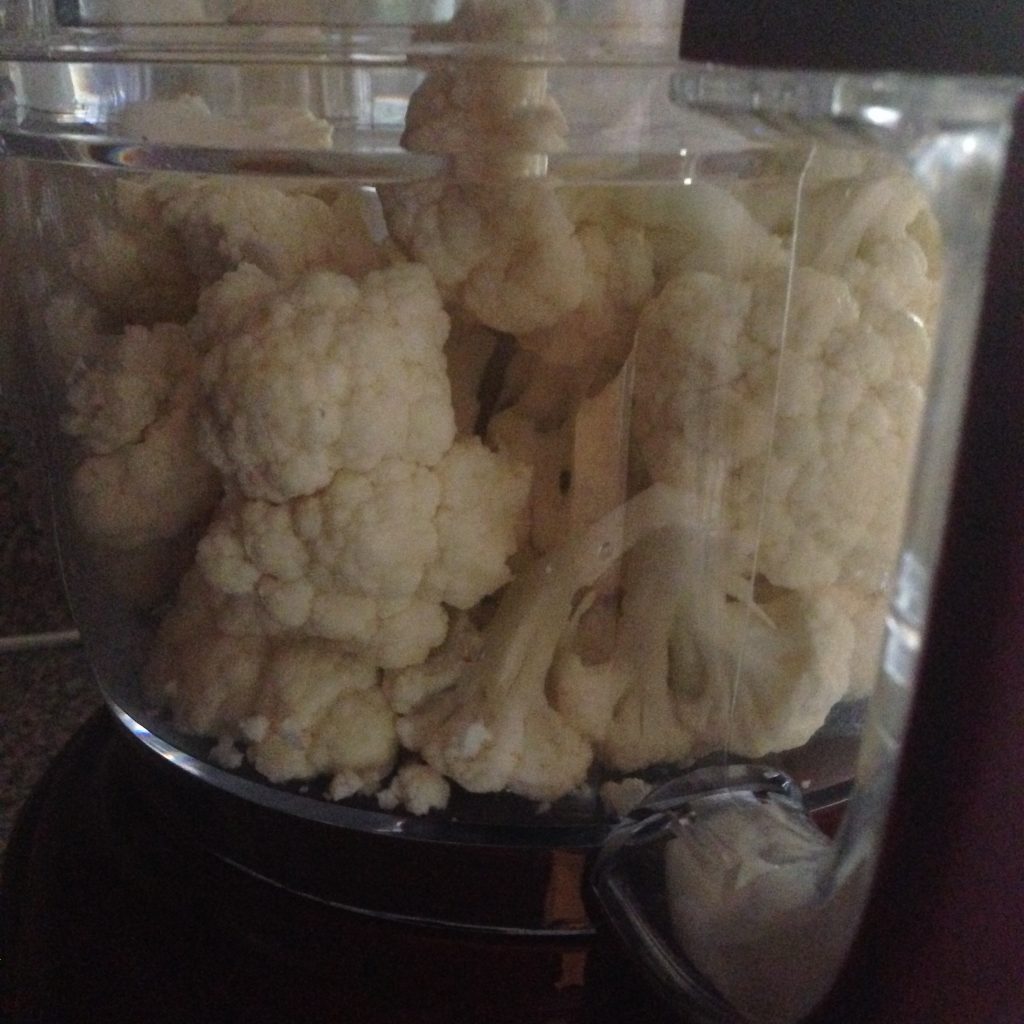 I finally tried it. I used this Food Network recipe (link).

It was a little bit of work, not entirely that much more than proofing your own yeast pizza dough but certainly created more dirty prep dishes than making a yeast dough. This recipe- or my preparation of it – did not hold together entirely well. It looked promising enough, but didn’t stay solid. It wasn’t all that pizza-y overall. Flavor wise, it wasn’t bad, but again, not that pizza-y. My husband and I ate the final product with a fork (though some could have been picked up). It was more of a  mashed cauliflower with marinara and mozzarella. Pizza didn’t really come to mind, even when trying to think of it as pizza. We both enjoyed the leftovers heated up in a bowl mashed together not even pretending to try to be pizza the next day. 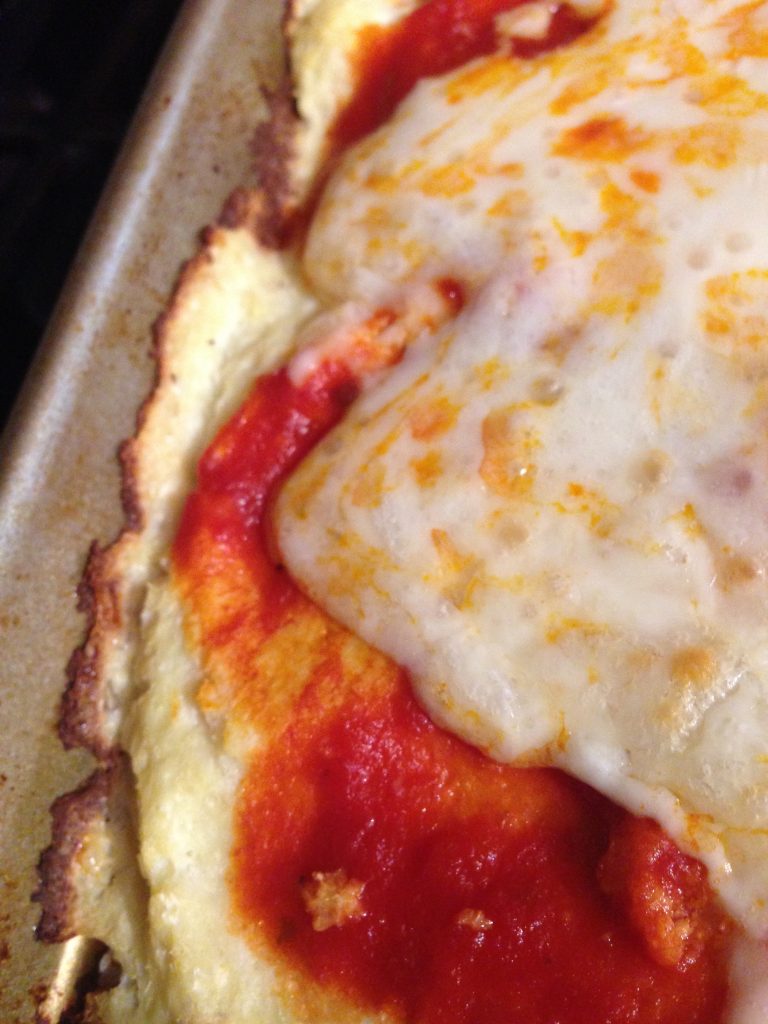 I would try this again with a different recipe that might at least make a solid crust. I can’t imagine this ever becoming a replacement for pizza, but I can definitely appreciate it as something different to make once in a while. Do you have a cauliflower pizza crust that you like? 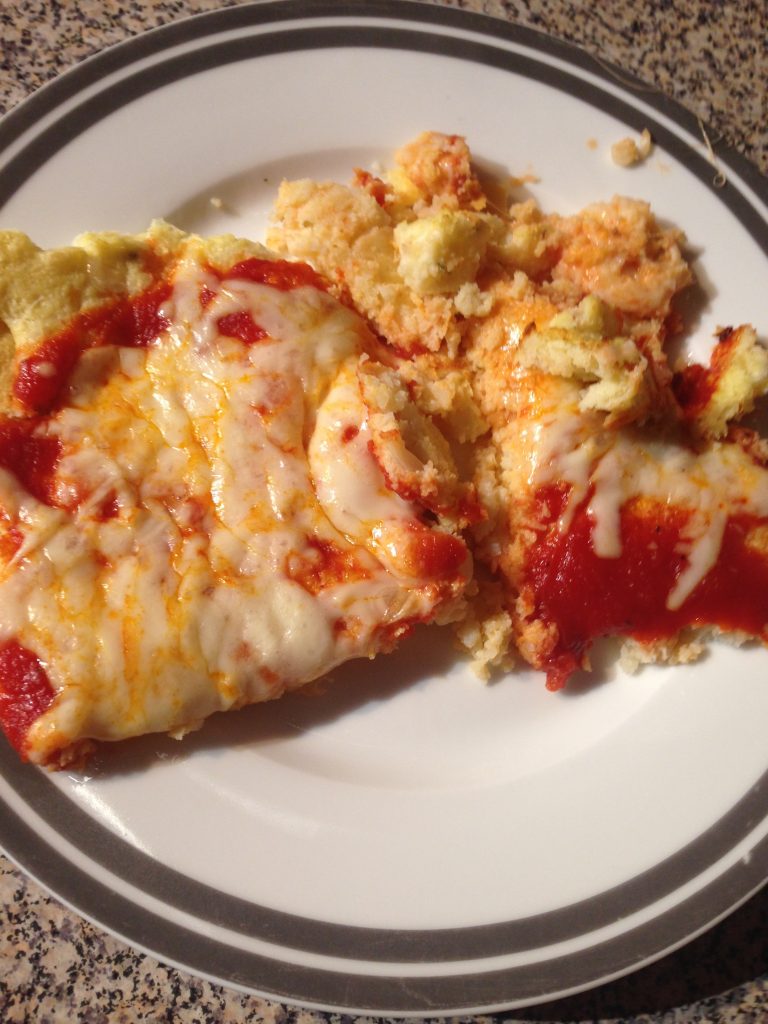 As a side note, I did know pretty quickly into the process that my kids would turn their nose up at the cauliflower  (especially when they were playing outside and came into the house holding their noses at the scent of steamed cauliflower) and shifted my whole family cauliflower pizza meal plan. I pulled some Pillsbury Grands refrigerator biscuits out of the fridge and flattened those to make the kids some biscuit pizzas, which were well received and an option for a quick pizza dough.