I went through with it and my acorns were dispensed to the squirrels on Monday. A few were buried and under the directions of my seven year old the rest were left in a pile at the base of an empty bird feeder. There are none (that I know of) in my house. I’m far and above more scientific than decorative, so I like the idea of burying the acorns at various levels and seeing if anything comes up more than displaying them or creating something out of them.

But I am still drawn to acorns on the sidewalk. I successfully came home empty handed all day yesterday. I felt the itch and pull when I’d see some, but I stepped right over them. Today I did the same.

Until I was walking the dog right before my kid’s bus stop time and saw a flawless acorn. Its perfect symmetry may have been carved out of mahogany, varnished, polished and advertised in an expensive catalog. I saw it coming in my path and I had to stuff my hands in my pockets to keep from grabbing it as I stepped over. I made it about ten paces past the beauty, but I couldn’t fight it, and I circled with the dog back to pick it up. It was gorgeous.

I stood admiring that acorn, and when I looked up in the street in front of me was a different sort of potential: a baby turtle. 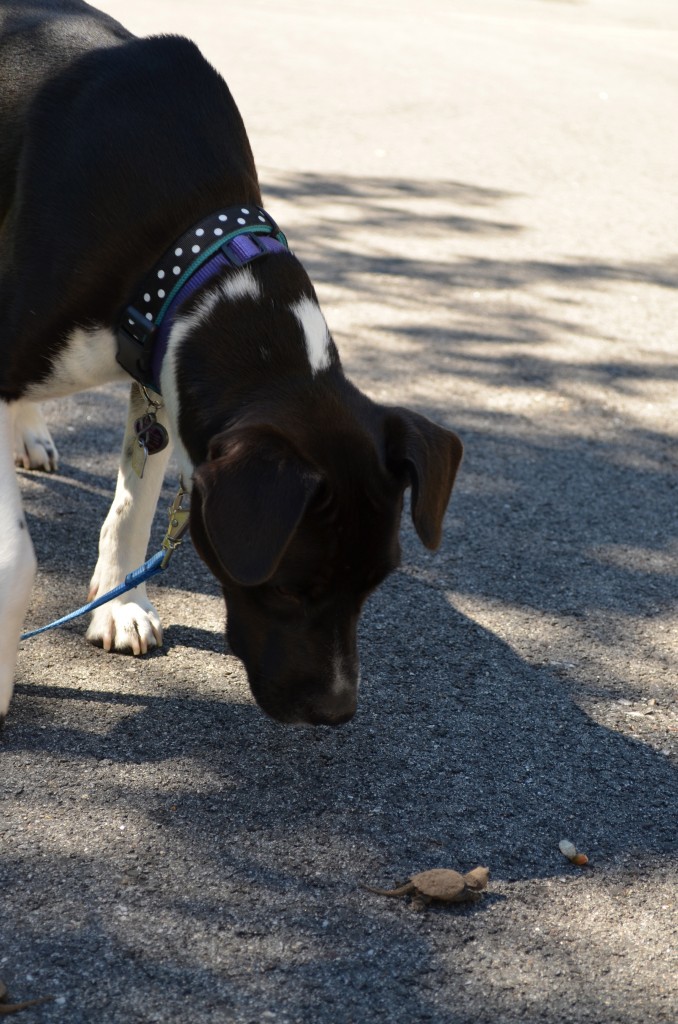 Turtles are not a surprise in our neighborhood. Our house lies in between wetlands and turtles can regularly be found heading from the wetlands a couple of streets behind our house to the wetlands behind the houses across the street. This year in addition to an acorn bumper crop there has seemed to be a greater than normal number of squashed turtles in the road (and snakes too). I chucked my trophy acorn across the street and helped the little guy/girl along across the road. After staring at it right in the eye, I  wished I had more than my iPhone camera.

I left the turtle across the street in the woods, and the dog and I carried on our walk. We quickly ran into more baby turtles. This time I went back home for my camera and took a few pictures. Because I don’t have the right camera lens, the light, my camera skills and the time constraint of the bus coming I could not capture the eyeballs and little claws of these little guys to show how cool they are, but I got some a few good shots. I kept a couple turtles for my 9 year old to free when she got off the bus since my younger kids are pushier than her and generally are the ones to do that sort of thing when we are together. Today she had thirty minutes before their bus was expected. On the walk back from putting the turtles in the woods she picked up an acorn to give me. I said no, and described the perfect one I’d seen and gone back for that led to finding the turtles. She and I agreed that the turtles were my sign that freeing the acorns was the right choice and she chucked her acorn across the street. 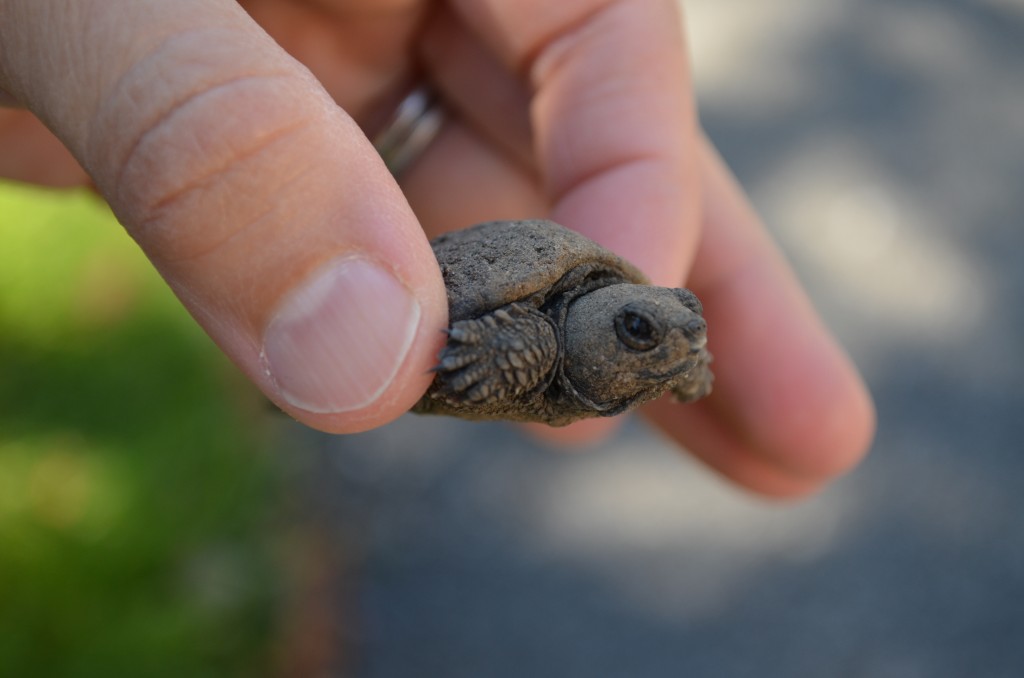 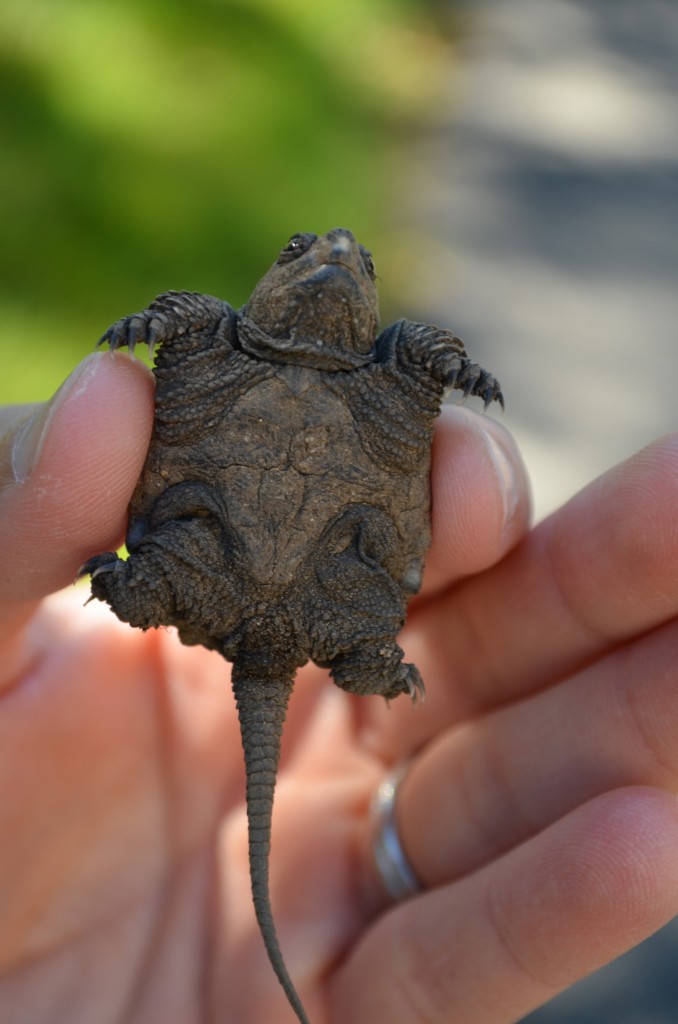 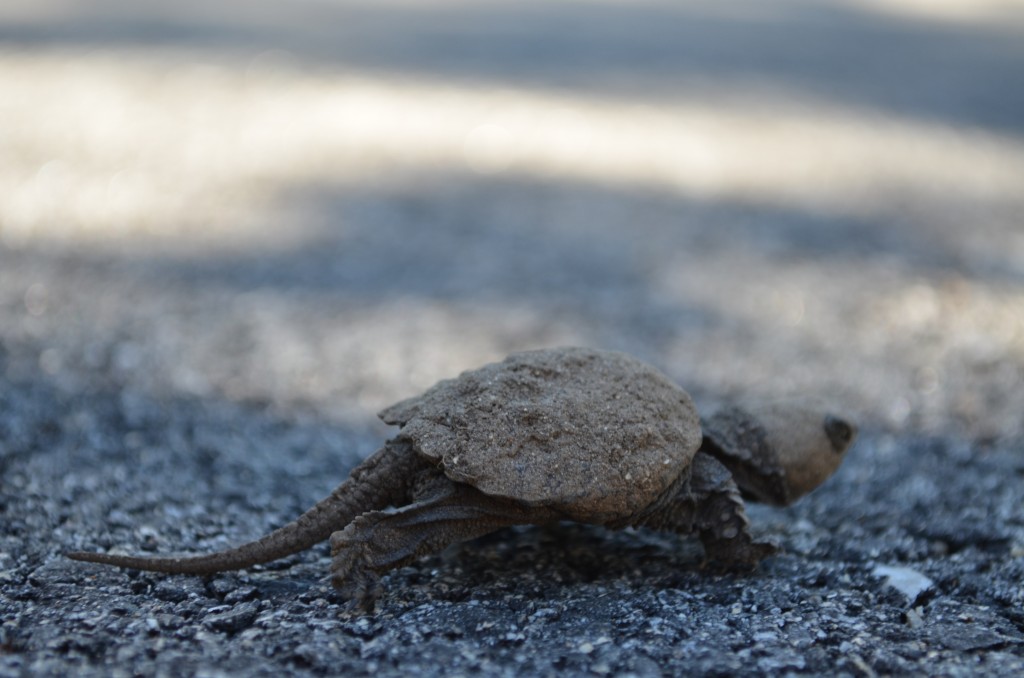 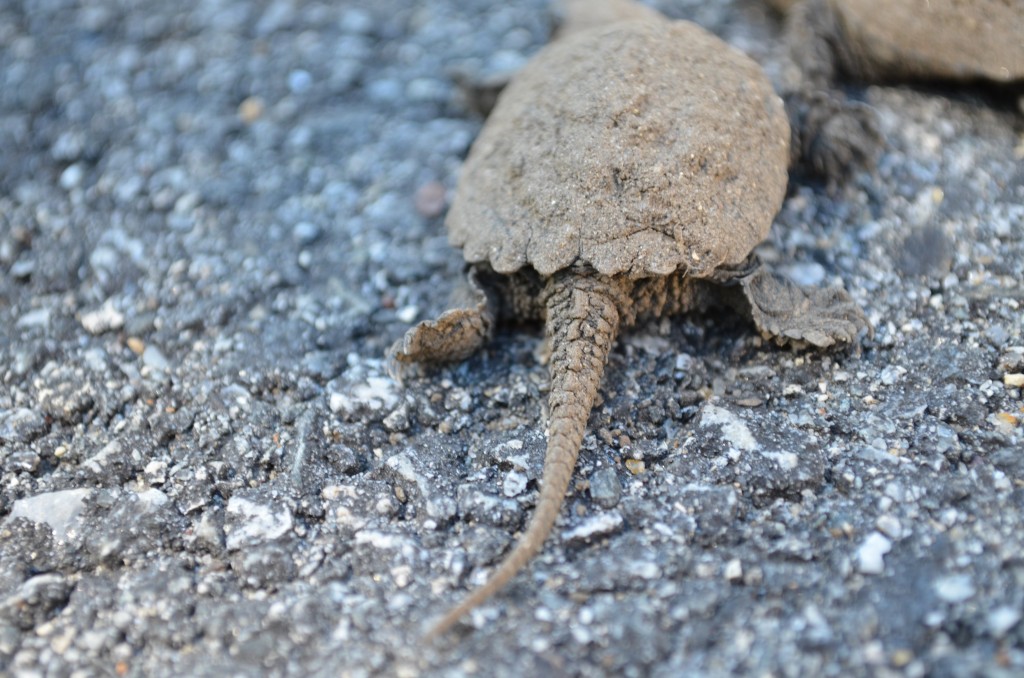 I’m hoping I don’t start collecting the leaves that are just starting to change color and fall (I’ve definitely done that in the past), but I wonder if there will be something else that will catch my eye soon.

Sarah, do you have a turtle nest in your yard again this year?