Again I found something fascinating (to me) while walking my dog. I thought it was trash that had been run over by a lawnmower at first, and I supposed most of it probably was at some point. But when I looked again I saw that it was a small nest.

I decided to bring it home for my kids. We have tried putting out bags of nesting supplies for birds in the past and never thought there were takers, so it’s fun to see stuff people stuff  being recycled in the nest. 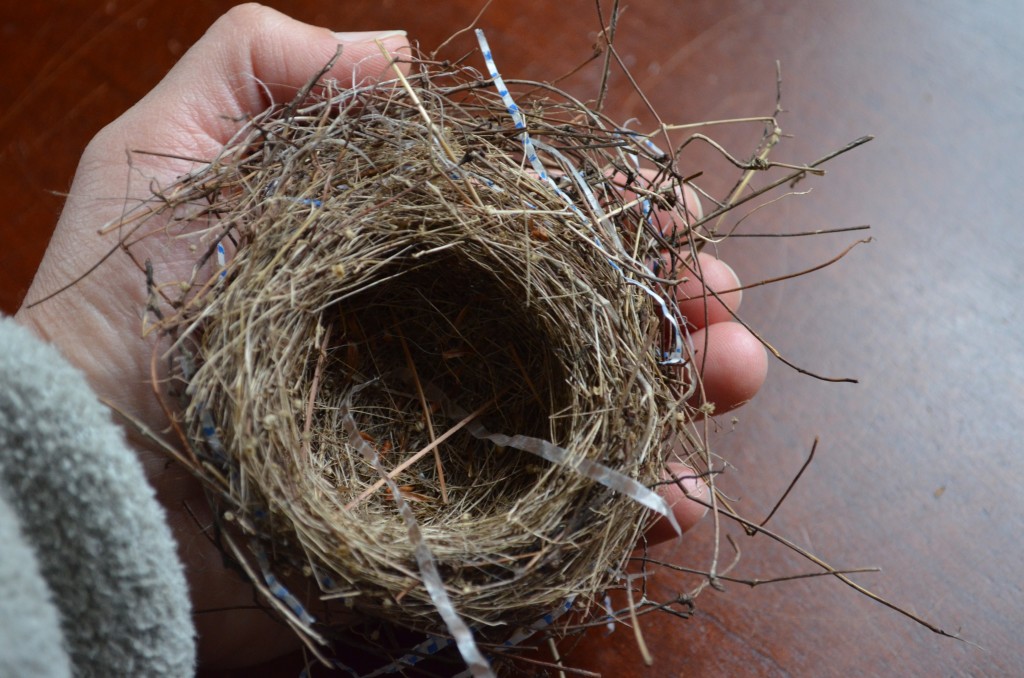 When I was studying the next as I was carrying it home, I was imagining the bird(s) building it. I often think of all of the crazy work parent birds put into feeding the baby birds in the few nests I’ve been lucky enough to watch. I was waxing philosophical on the nest as a metaphor for humans taking care of their families – building a home, pulling scraps from anywhere to hold it together and make it strong, but it’s still fragile, etc. I thought that concept might be something I can post here.

But when I brought the nest home, I put the next on my desk. Can you guess what happened next? No, the kids or dog didn’t bust it up. No, a bird didn’t fly in the window and land in it. I didn’t accidentally throw it in the wash machine. 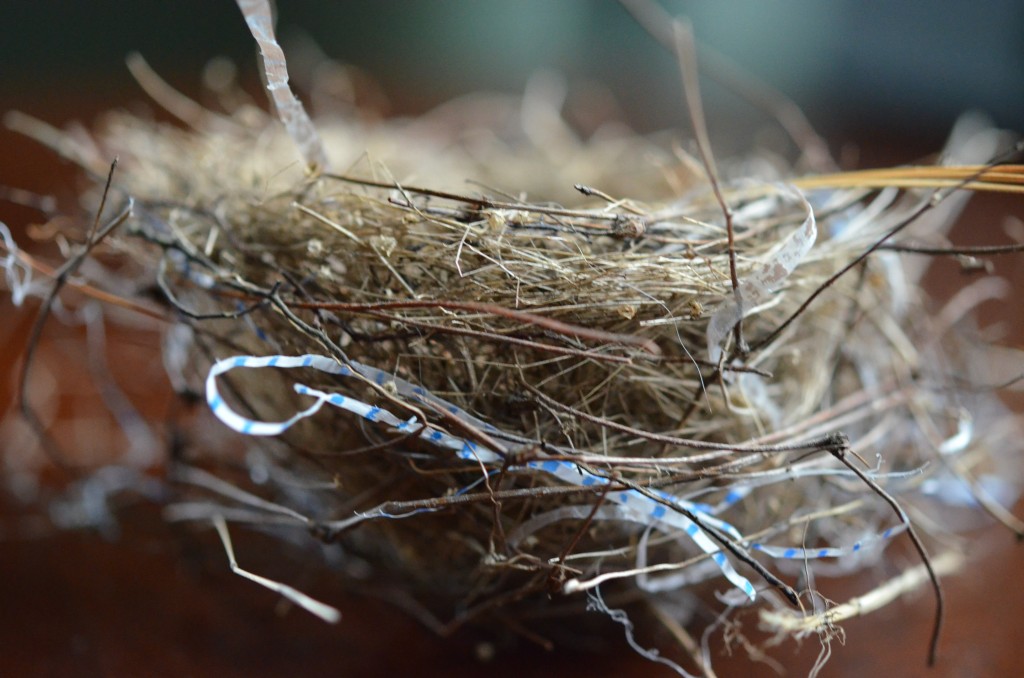 I googled. I started trying to identify the bird nest. And I thought screw the metaphorical, birds nests on their own can be pretty amazing. Sharon Beals shows up again and again as the foremost bird nest photographer, check out her website some time or some photos here: http://twistedsifter.com/2011/05/25-photos-of-birds-nests-sharon-beals/. 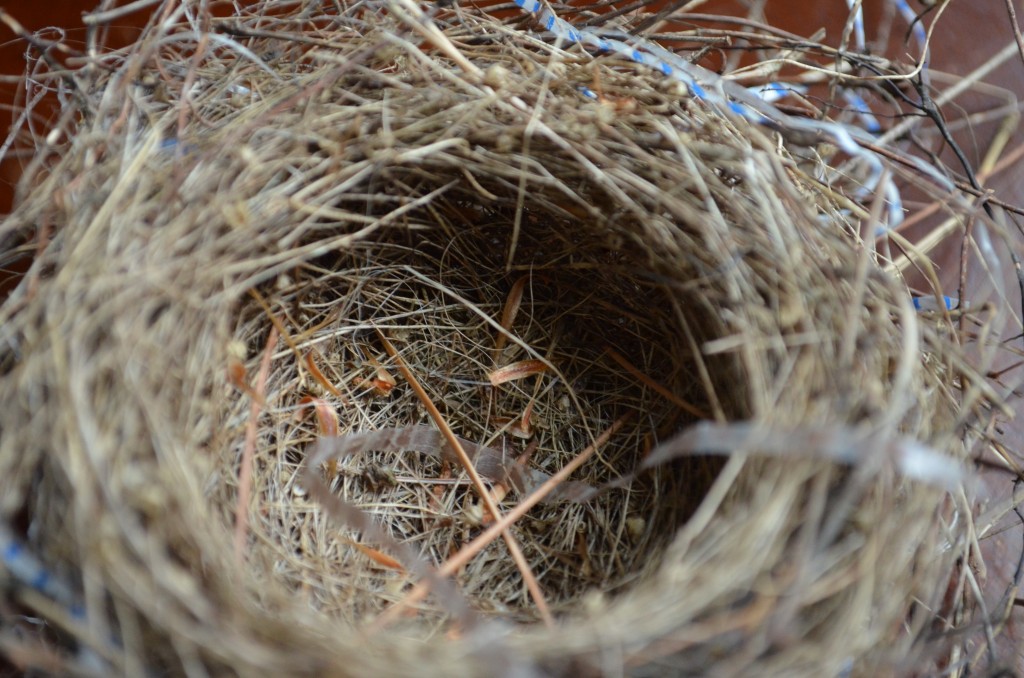 I was also a little endeared looking at the hummingbird nests after our summer watching them. I had read about their nesting habits this summer being curious where they were when they weren’t around, but didn’t really look too close before this. They are tiny (like the size of half a walnut, but thebirdsreport website  says they are often lined with fresh made that day spider webs. I thought that was kind of cute, until I was remembered the hummingbird wars at our feeder and thinking about poor spiders always having to rebuild their webs.

I have not decided out what kind of nest we have, but when I went through this identification guide, I was impressed that the guide narrowed the search down to only the birds that most frequent our backyard. This nest was smaller than those in the guide, though maybe I  only have a piece of it.

This was my favorite interesting nest website when I was looking: http://www.thebirdersreport.com/egg-and-nest-identification.Scroll down and you might think about Sarah’s laundry on her line!