Do you bake your bacon?

Some people have never heard of this, some people it’s the only way they know. I was one of the former until about 6 months ago. Since then I’ve spent a lot of time trying to perfect this. It never worked. I tried making it on two kinds of racks, on a lined baking sheet, on a not lined baking sheet, high temperature, low temperature, broiler, starting with the oven high and turning it low and not turning the oven on until after the bacon is in. All sorts. It’s not rocket science, more than making this post informative for people wanting to bake their bacon, I’m hoping someone will give me additional tips.

Here’s what I hope to achieve by baking the bacon instead of pan frying:
1. Does not require attention more than making sure the house doesn’t burn down while cooking allowing me to do other things (or nothing).
2. Gets the whole pack done in one batch.
3. Does not pop scalding grease into my eye or onto my forearms, or splatter onto the one shirt I may own that isn’t already permanently stained.
4. Easy cleanup. Doesn’t leave the oven a mess or ruin my cookie sheets.
5. Crisp bacon.

I know from frying bacon that cooking time and crispness can vary even within the same brand. We like our bacon crisp and I can’t seem to manage getting the baked bacon crisp with any regularity. I usually try a new baked bacon method and then pan fry it until it’s crispy. Or, as in the picture below, I put half in the oven while I fry half. 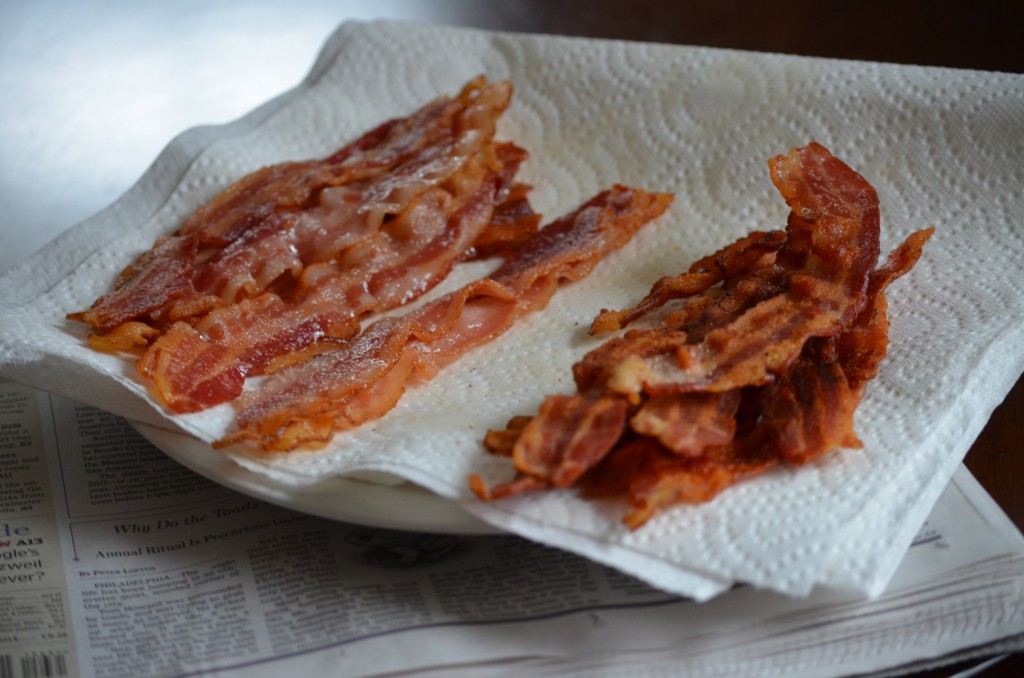 The news is that I got close this week. I use larger cookie sheets with edges, I lined them with foil, one sheet underneath across the long ways, and then two pieces across the short distance for full double layer coverage. I’m going to work on that though. That seems like a waste of foil just to be lazy about cleanup. But only one layer, or even two sheets lengthwise always gives me a layer of drippings underneath the foil, the double layer didn’t at all. I just let the pans cool and then balled the foil and threw it out.

I preheat the convection oven to 375 degrees. I used Farmland Uncured bacon and spaced the strips out on two cookie sheets. 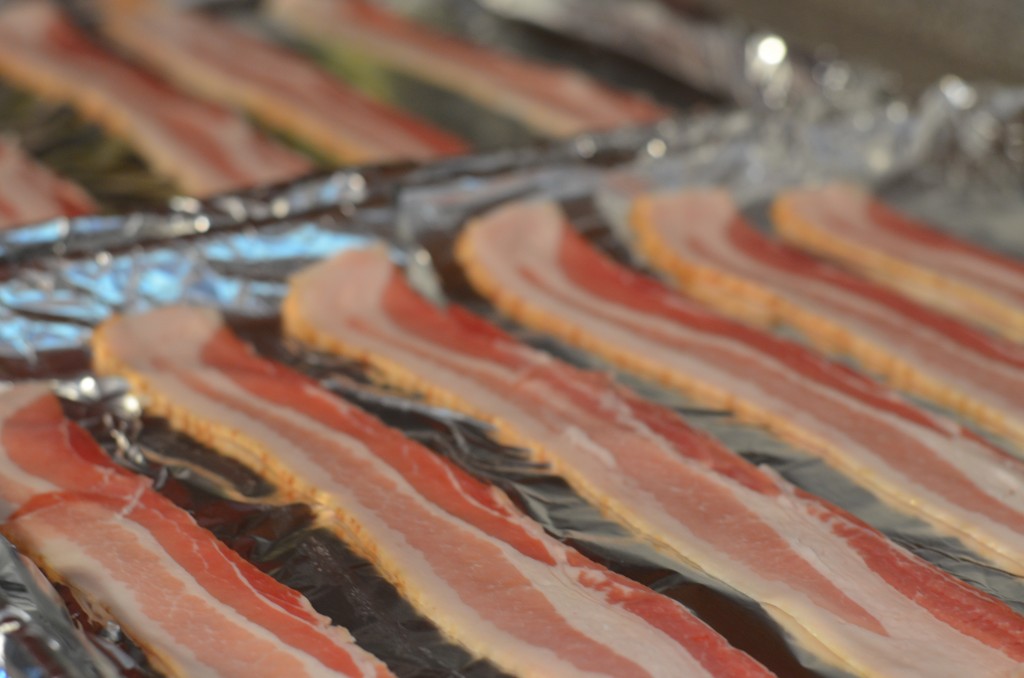 Put both sheets in the oven and cooked for about 25 minutes, rotating the sheets halfway through. Not too bad, still not perfect. Not that that would keep me from eating it. 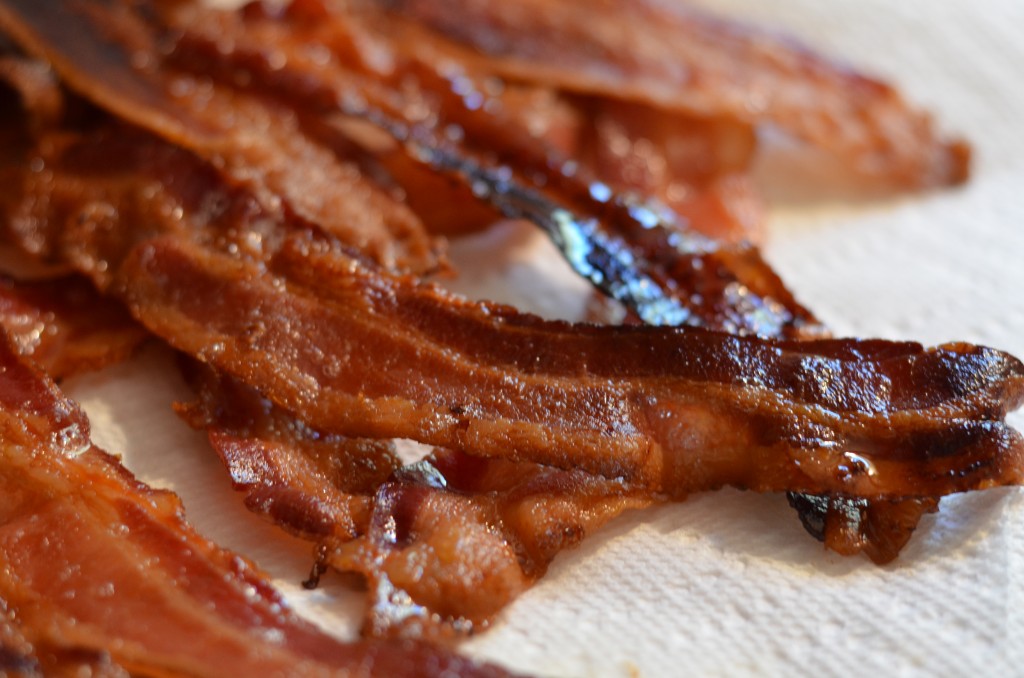