If you are interested in the content of this blog, then you likely look at similar-ish blogs and have seen people baking hard-boiled eggs. Yes, that makes no sense since you aren’t boiling the eggs, which is why it is no longer politically correct to call them hard-boiled eggs, and now they go by hard-cooked eggs. Maybe they always were called hard-cooked, either way, it seemed strange to me. It also didn’t make sense that it seemed strange to me since you are just heating up the egg dry or submerged, but I put off the experiment. 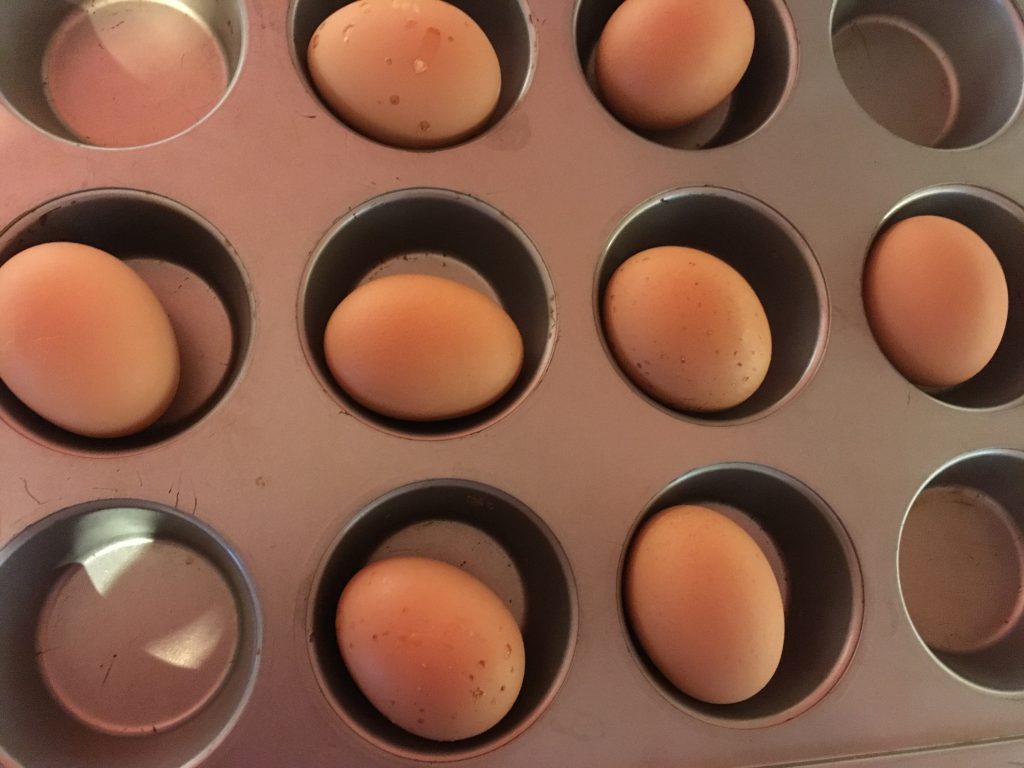 Until after seeing the recipes so many times (all touting that the oven baked eggs peel easily) and I got fed up suffering through peeling masacres and was going to have the oven on anyway.

And last weekend, I set the oven to convection mode at 325 degrees Fahrenheit, and cooked 10 hard cooked eggs, a batch of bacon, and a tube of cinnamon rolls all at once. It was rather awesome. 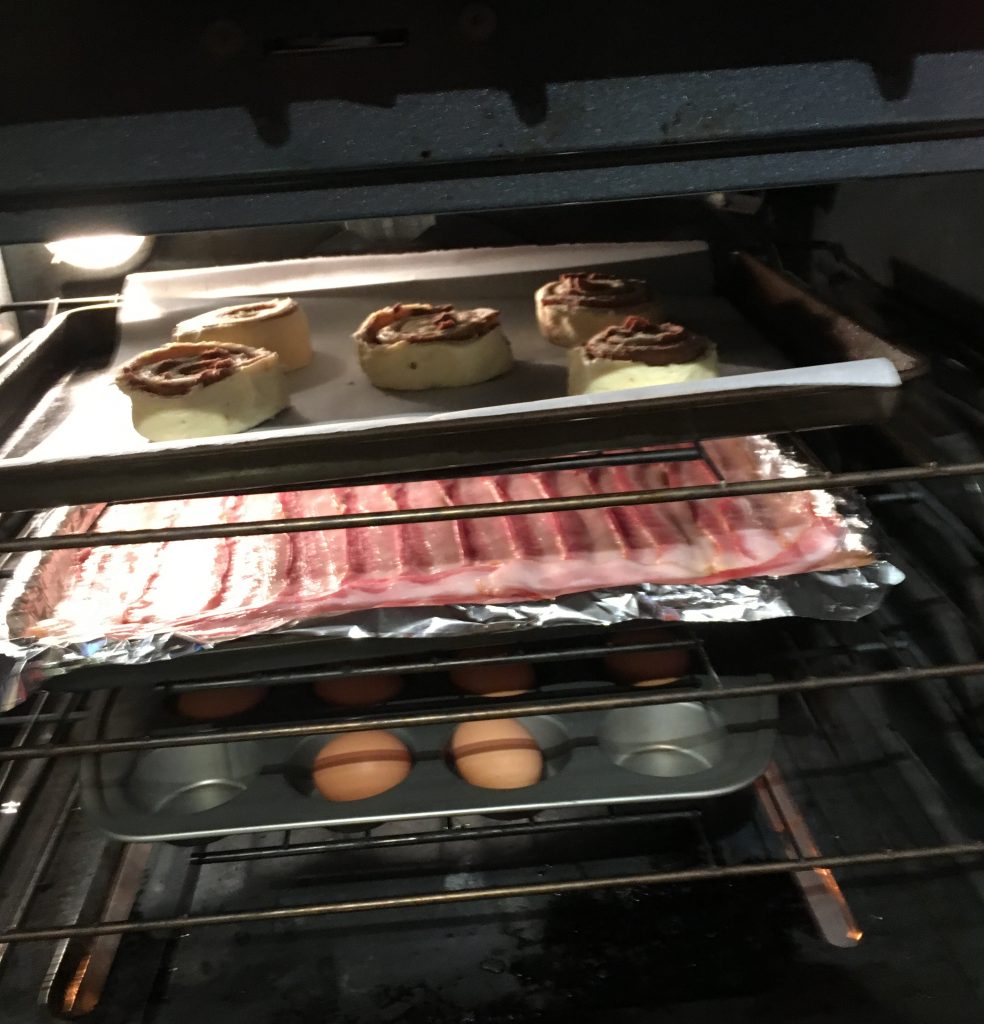 I cooked the eggs for about 35 minutes, which was possibly a little too long. I put the eggs in an ice bath for about 10 minutes after cooking.  I thought I cooked it took long because where the eggs touched the muffin tin on the bottom and/or where air pockets were there were little brown spots on the inside, sort of like a char. Some of the egg shells also had some small brown spots on the outsides sort of tiny bubbles, I wasn’t sure if that was splattering bacon (not all that likely since the eggs were protected underneath the bacon), moisture on the outside or permeating from inside the shell or something else. I left some brown spots on the egg white after peeling and cut some brown spots off depending on who in the house it was going to eat that egg. One egg looked like it was full of bubbles but tasted completely fine, I’m not sure what happened there! These things definitely weren’t reported in the blogs I’d seen! 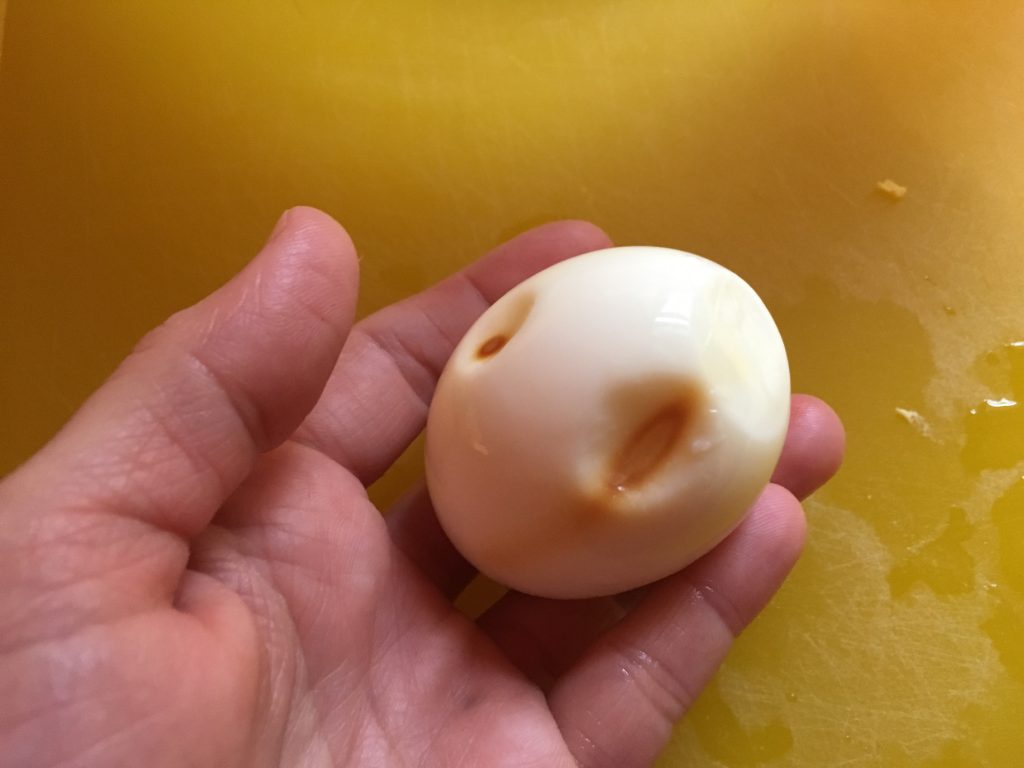 Otherwise, the eggs were great.The eggs were not hard or rubbery, but cooked exactly as expected for a hard cooked egg. I ate the bumpy bubble egg pictures above and it tasted totally “normal” and I didn’t get sick! 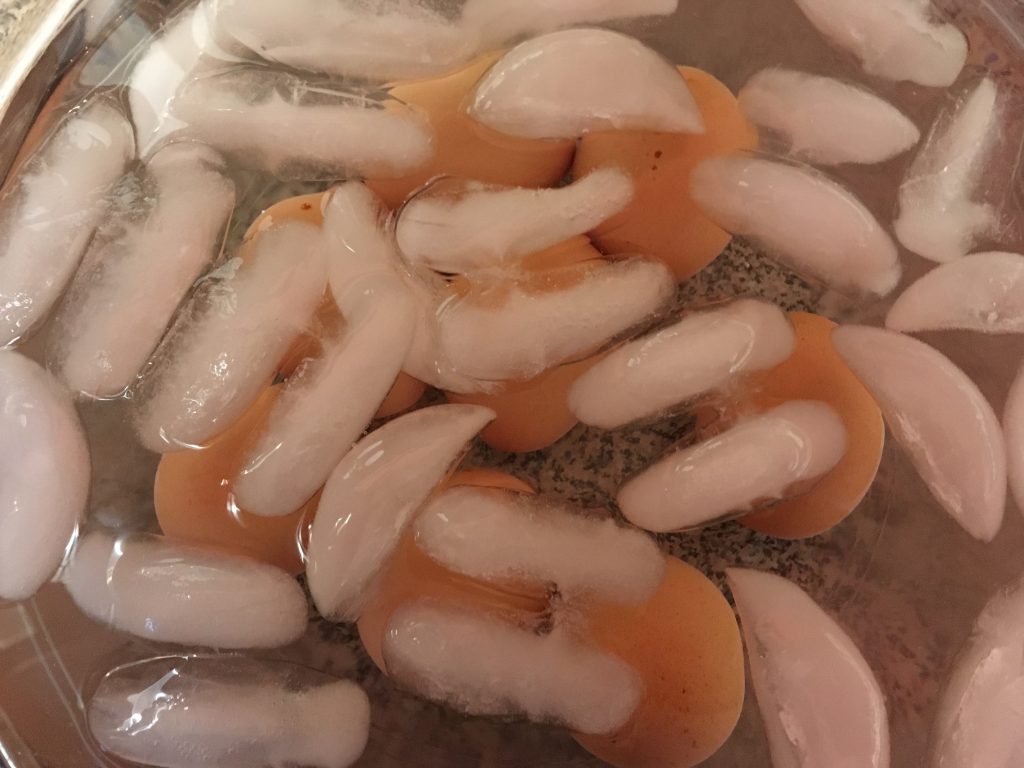 They also did peel perfectly! (I wonder if it was the ice bath and not the baking versus boiling that helped with the peeling?) I hadn’t had that happen to me in a long time, so was very happy with a 100% nice peel success rate. 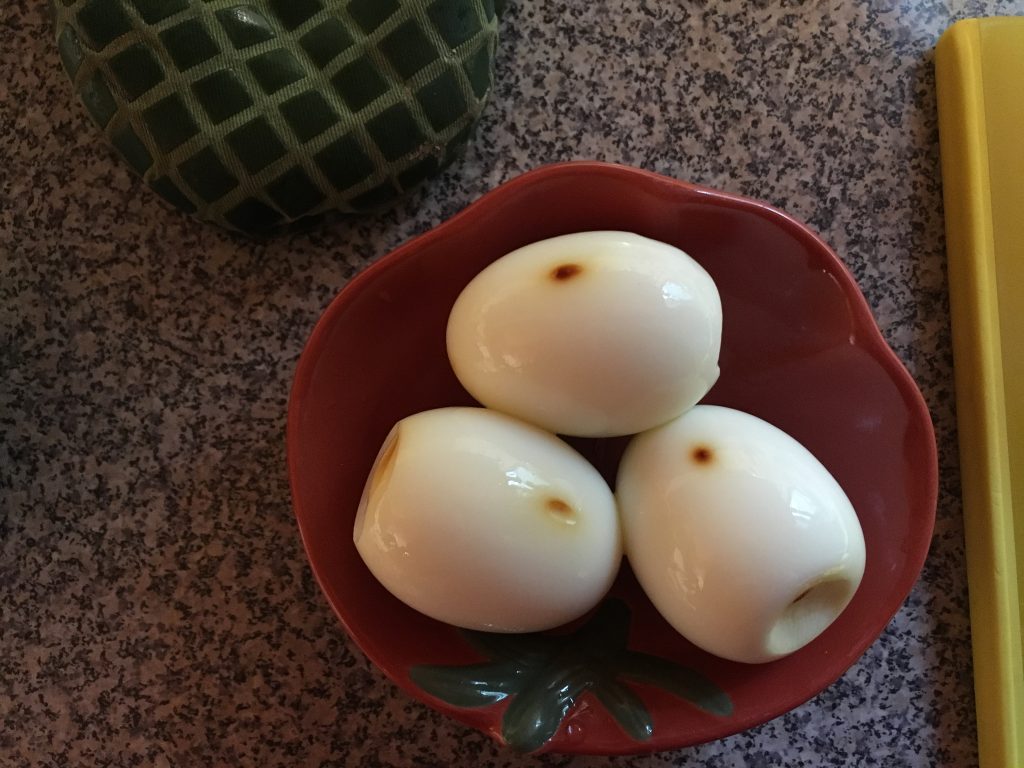 Some eggs were eaten straight up and some turned into deviled eggs. The yolks were the same texture baked and boiled – both eating plain and mixing for deviled eggs.

If I already plan to have the oven on and were hard cooking eggs, I’d definitely use this method again (adjusting the time and or temperature a little). It would be also easy to throw the eggs in the oven in the morning, run upstairs for a shower and come down to them almost done instead of worrying about watching a pot on the stove (I tend to bring to a boil and turn off the heat and let sit anyway so the pot doesn’t need to be watched, but the baking is a longer time).

Either way it did add a tiny touch of excitement to the morning to try it, I recommend it! 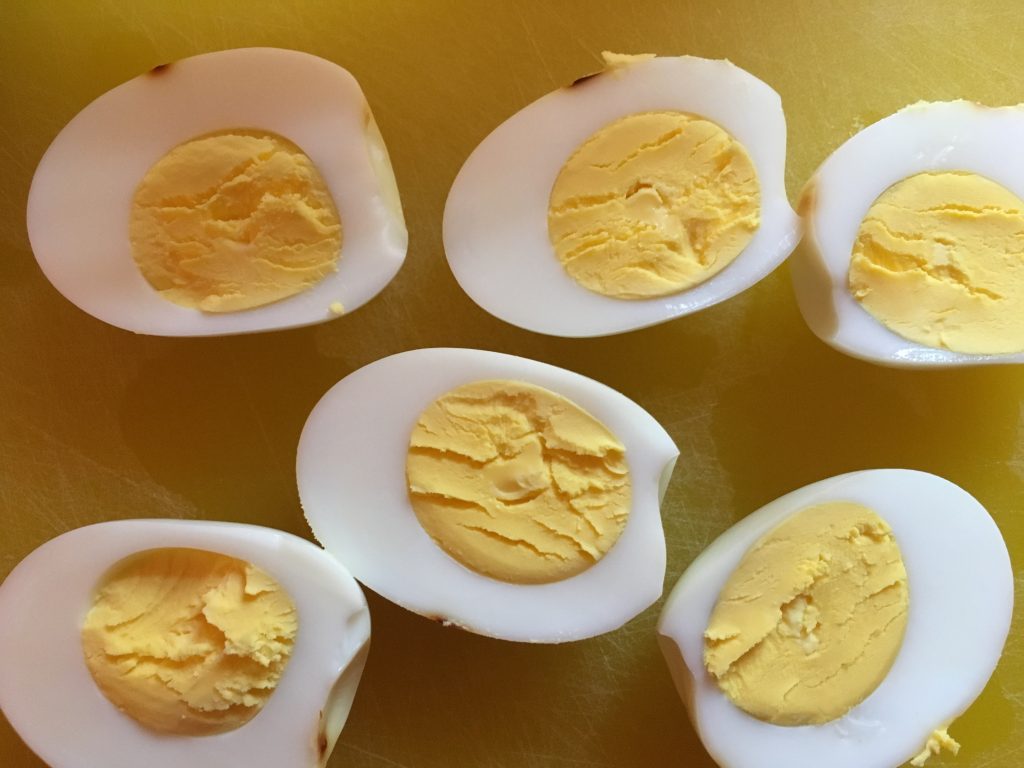