I sent these in last week for a preschool Halloween party, without tasting them, and was surprised at the report that the kids did more than just lick off the frosting. I also had a request for the recipe, but I hadn’t been careful in noticing my measurements, so I made them again for Sunday dinner dessert.

I’m not much of a cake lover, but these were good. They are moist and light and fluffy enough to just miss crossing over into being a muffin, and have enough flavor that you could potentially enjoy the bites without frosting.

These would go well with a cream cheese frosting frosting. For the Halloween party, I used a marshmallow buttercream that was a hit. 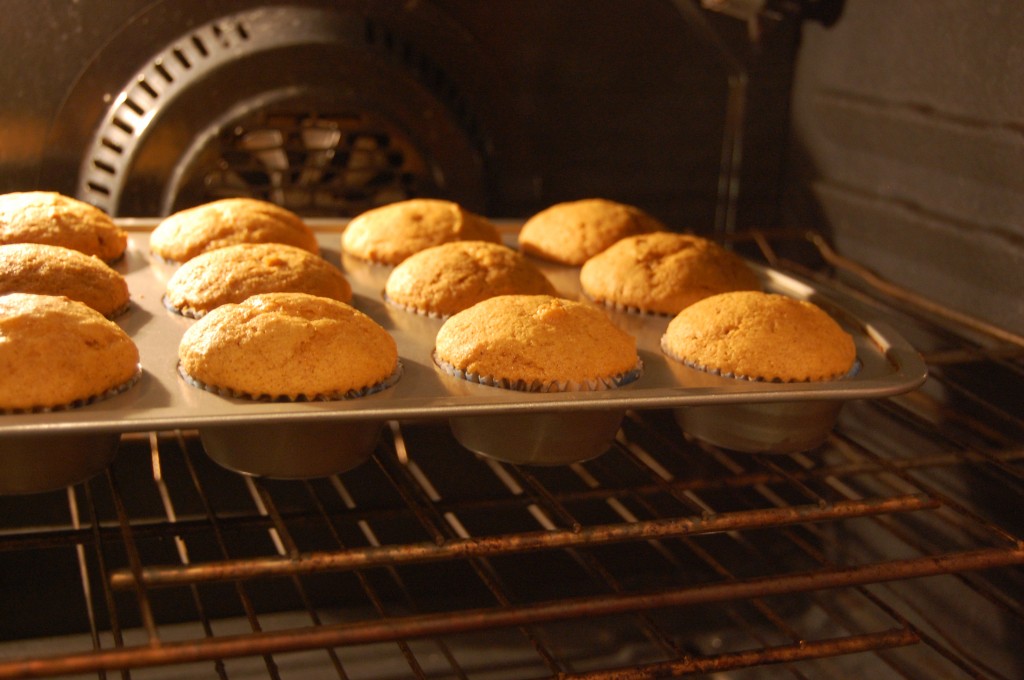 Pumpkin Cupcakes
Adapted from the Joy of Baking.