I tried this recipe for this weekend. It was successful. I’m not much of a cake person, and I’ve mentioned not much of a chocolate baked good person, but cover that all up with frosting and I won’t turn up my nose. 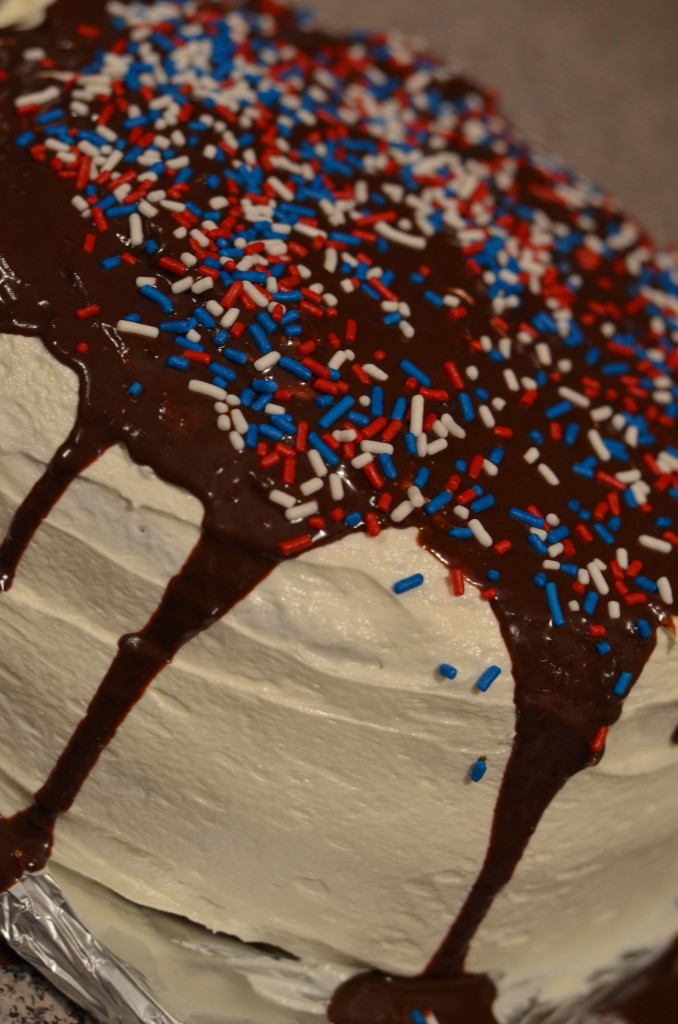 I pretty much just used a recipe as listed, so I’m not going to reprint it as mine and I’ll send ya over to Cinnamon Spice and Everything Nice (which I have no personal or otherwise affiliation with other than the recipe showing up on a google search) if you are interested. I did add 2 heaping teaspoons of espresso powder to the cake batter.

Also I don’t generally keep heavy cream on hand, so I used 1/4 cup skim milk + 2 tablespoons butter to replace the heavy cream in the ganache. It’s not a good replacement for a ganache, but did make a tasty chocolatey covering that was good for the presentation. 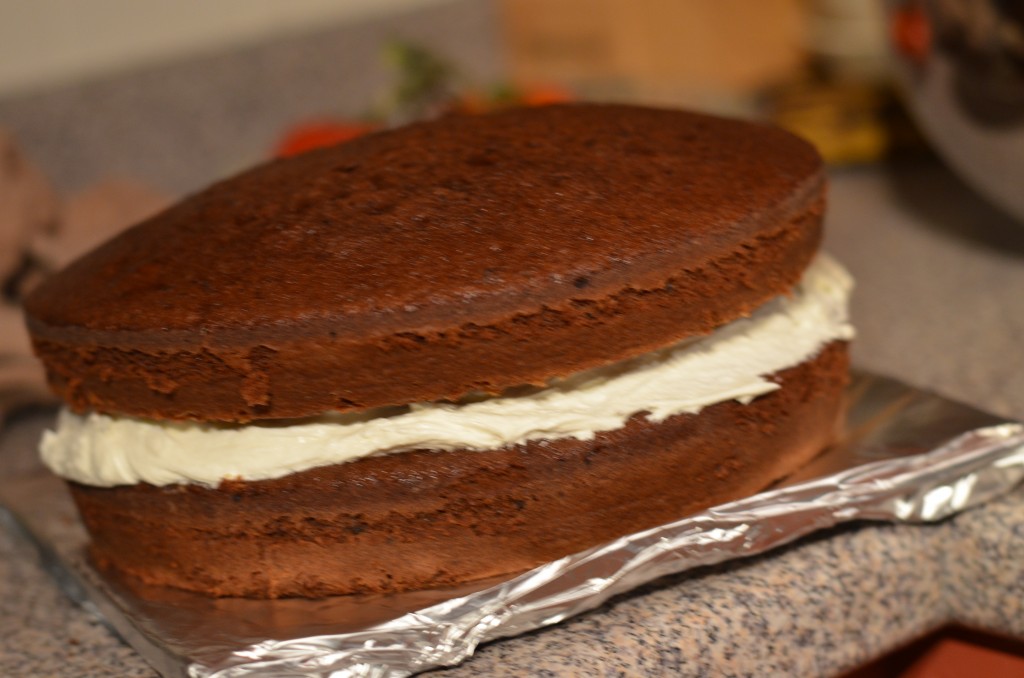 The cake recipe is easy but takes a little time with refrigeration recommendation. if you aren’t accustomed to baking cakes, make sure to really whip where it says to whip, and not overmix where you aren’t supposed to overmix. The frosting and ganache come together easily. There is an awful lot of the frosting though, I didn’t use it all, and can’t imagine using it unless there were three layers instead of too. On the other hand, I could probably have used more of the ganache to make that go on more evenly, since about half dripped off the same few drip channels over the edge of the cake and onto the counter instead of wanting to nicely fully cover the top first.