We often buy ground meat in bulk to save money and for convenience. I like to vacuum seal extras in patty form in the freezer. From there we can combine a few patties easily to make up a pound for something like tacos, and have hamburgers ready when I remember to pull them out to thaw or for nights when I haven’t thought about it and can throw them right on grill frozen. Because hamburgers tend to be a backup or last minute dinner, we often don’t have enough (or any rolls). 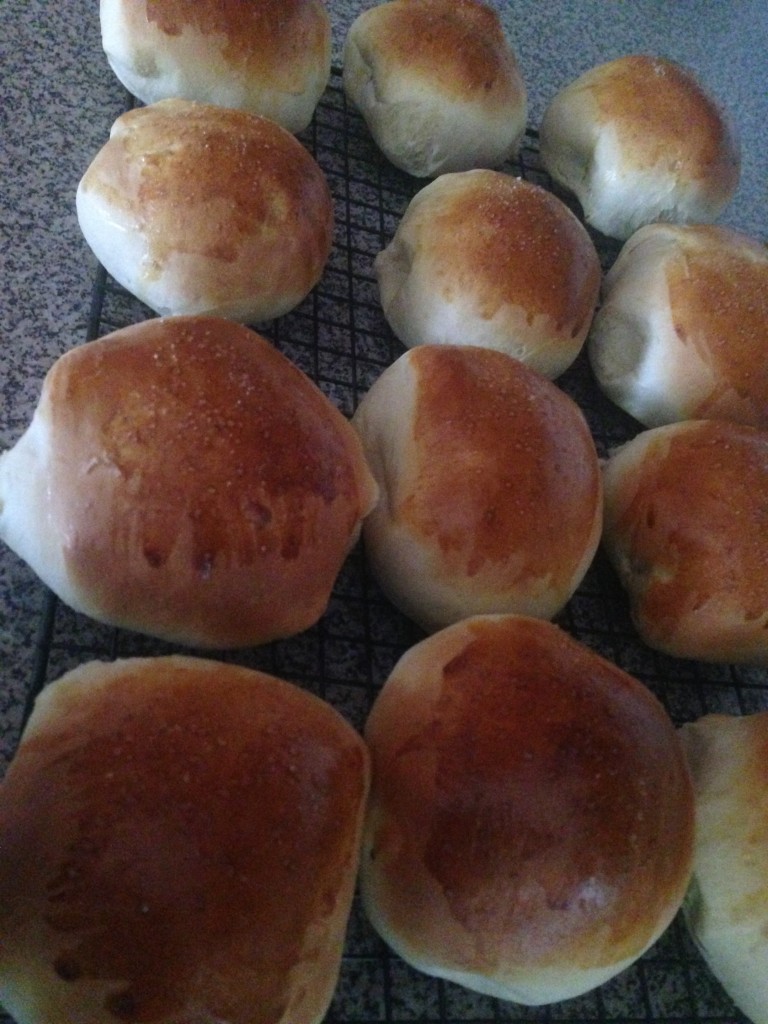 Sometimes I put extra rolls in the freezer, just to have for last minute hamburger dinners. Usually there are one or two rolls around that haven’t been used for lunch sandwiches. My daughters and I often prefer the burger without the roll, and my son can be convinced to take a patty melt (grilled cheese sandwich with a burger inside, using sandwich bread) which can also be convenient for times without rolls.

Last week I was stuck at home all day, and thought early about dinner, decided on hamburgers from the freezer. There were no rolls and not much bread for lunches the next day. I wasn’t going to be able to get to the store, so I thought I’d make some rolls.  I saw this recipe for 40 Minute Hamburger Buns. I was slightly skeptical, having experience with yeast and rise/rest times. The fact that the recipe has 5 stars and over 150 reviews had me totally intrigued.

I followed the main recipe ingredients and instructions. Except I let the rolls rise until doubled, which was almost 30 minutes instead of 10 minutes, and I did an egg wash on the top and sprinkled with sea salt. I was shocked they were baked in 8 minutes, my oven usually takes longer. 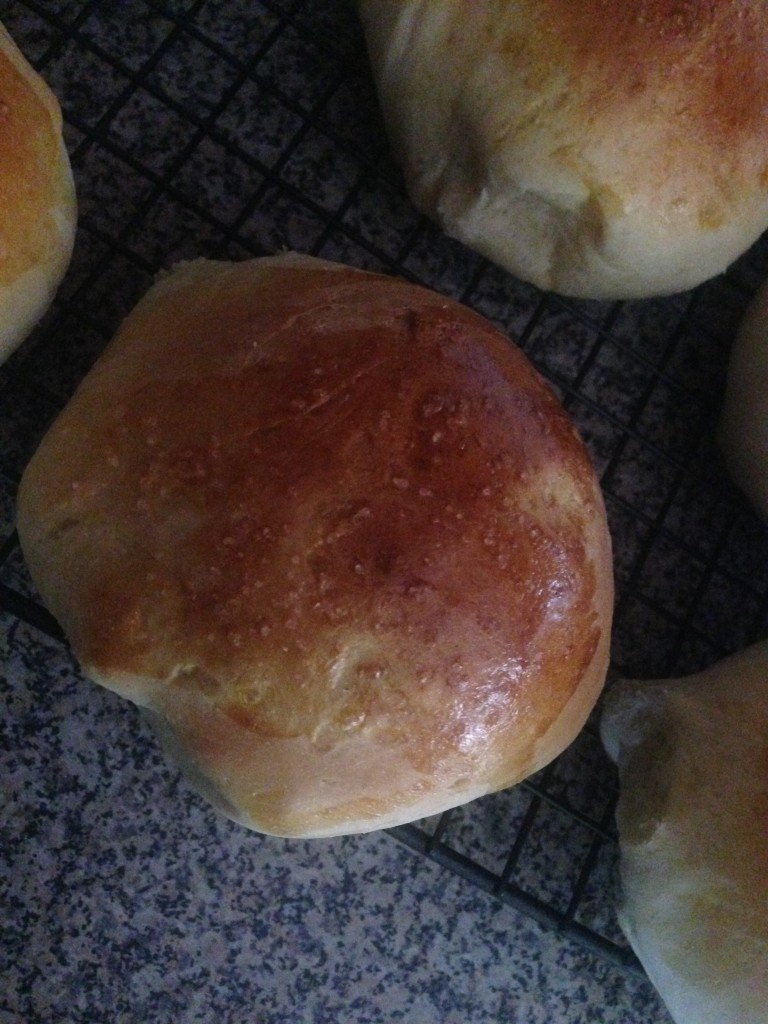 These actually were good for being that super easy and quick! There is hardly any kneading (relatively). The rolls were soft, not chewy and not crusty (which is a a general preference here). They sort of had the texture of tube/pop-in fresh rolls, so I might lower the oil as suggested by some of the reviewers. They weren’t terrible the next day either. If you are new to yeast baking, or don’t have the time or patience for something longer, this recipe may be a good introduction!  Click here for the recipe!