Many schools have already let out for summer, but this marks our first week of summer vacation. We are starting off the summer strong with plans for the first few weeks, but then the calendar is purposely wide open (less orthodontist, dentist and well-visits) so we can evaluate if we want to add stuff in, plan to do nothing or play it by ear.

I do have the kind of kids who can sit at home all day reading books, playing LEGOs, messing up junk in their rooms or playing in the yard. I’m at home with them, but I often have my own projects around the house going on by myself or with another child that not everyone wants to be involved with. So my kids do also get bored and whine about having nothing to do. My kids know to not to say it too many times or they end of up with new chores or forced to do whatever I’m doing, but this year I’m excited to roll into the summer with two new boredom busting books. 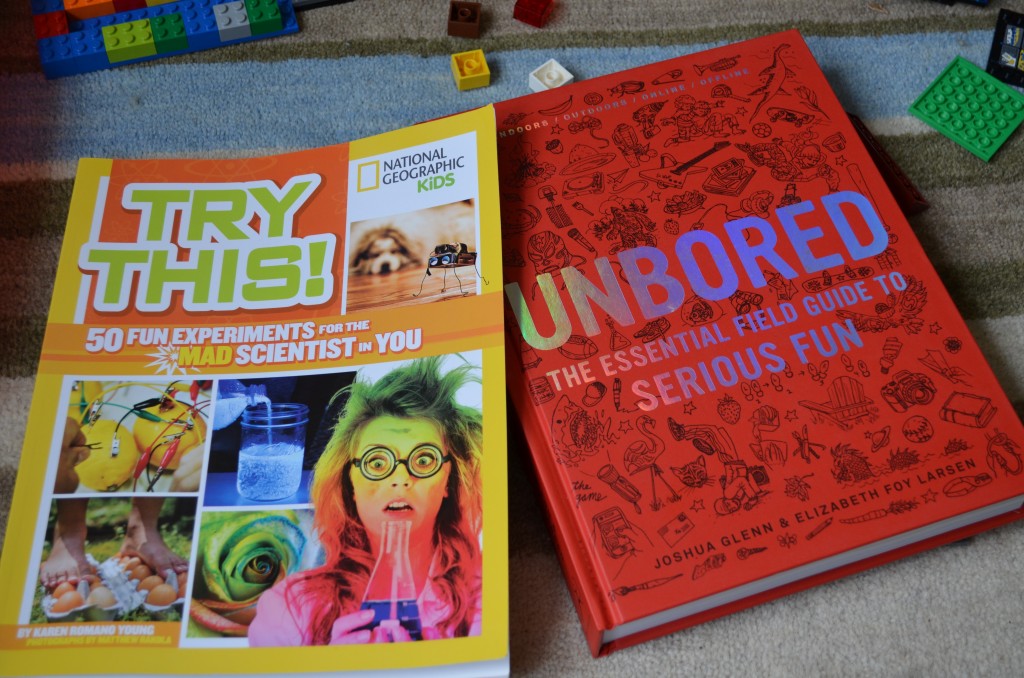 Do you have an answer to “I’m bored?”