Often my friends like to make fun of me for this and that. Sometimes it’s for, get this, making my kids breakfast every day. I know this isn’t the case in a lot of houses, but I’m a big fan of mornings, cooking and breakfast and my kids are hungry and generally agreeable at breakfast time, so a ribbing does not bother me at all.

Especially when breakfast is donuts.
Yum. 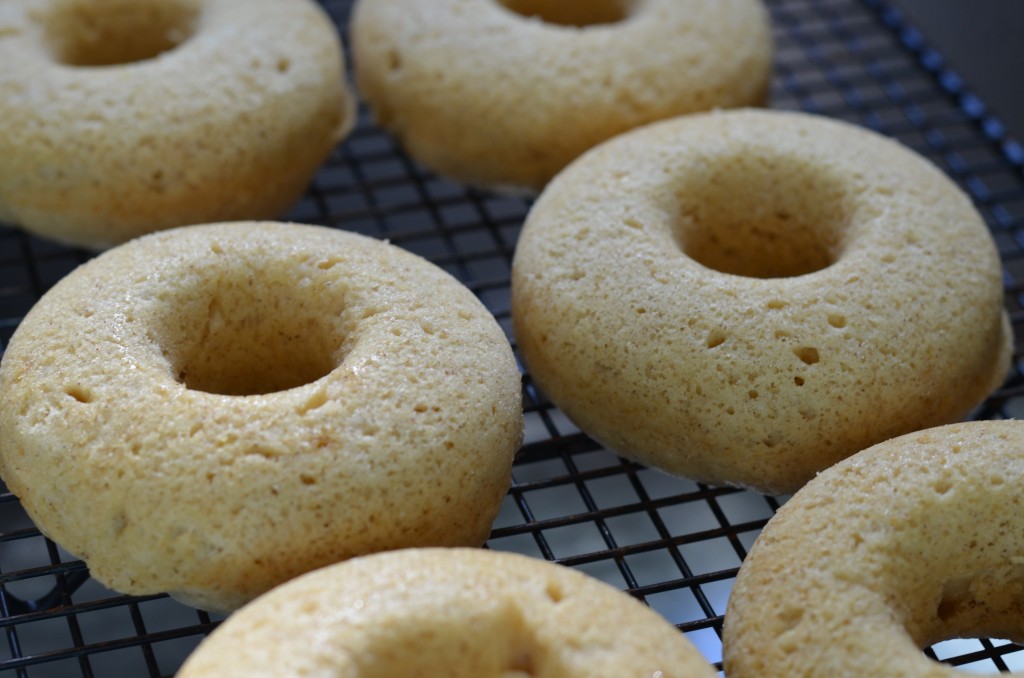 I’ve posted about baking donuts before, and I’ll probably do it again. It is a very quick and easy process, and they are made in small batches, so there isn’t a big mess or many leftovers.

I usually start eggs to hard boil when I turn the oven on to preheat and the eggs are finished at about the same time as the donuts come out of the oven to cool, and get eaten before the donuts are served. Today I made scrambled eggs when the donuts were in the oven and the kids had their eggs, bananas and yogurt drinks eaten before the donuts were on the table (and one handed on the way out the door to the bus stop). That’s not to brag about breakfast, just logistical explanation of making and serving a full before school breakfast in just under 25 minutes.

This recipe stems from AverieCooks, the same place I posted a link on vanilla. She must be in my Google search settings, because lately whenever I search for a new recipe, she comes up in the top of the results. Which is good, she likes her baked goods to turn out like I like my baked goods to turn out: soft, chewy and fresh, so it’s usually what I’m searching for. After I typed that, I bet myself that she wouldn’t have a biscotti recipe on her blog, and then I searched and confirmed her predicted and similar aversion to that hard dry class of baked goods.

I’ve made the AverieCooks Baked Cinnamon Bun Donuts donuts a few times to much acclaim in my house, and they are by far our favorite of the baked donuts recipes I’ve tried so far. Try it. They have a great cinnamon bun-esque taste. They are moist and cakey, sort of like a cross between a moist cake and a thick pancake. Or maybe those are kind of the same. Either way, these are good.

This morning I made the Cinnamon Bun Donuts slightly healthier (partially on purpose and partially because I forgot to add something) and the taste and texture were hardly changed from the original. Enjoy! 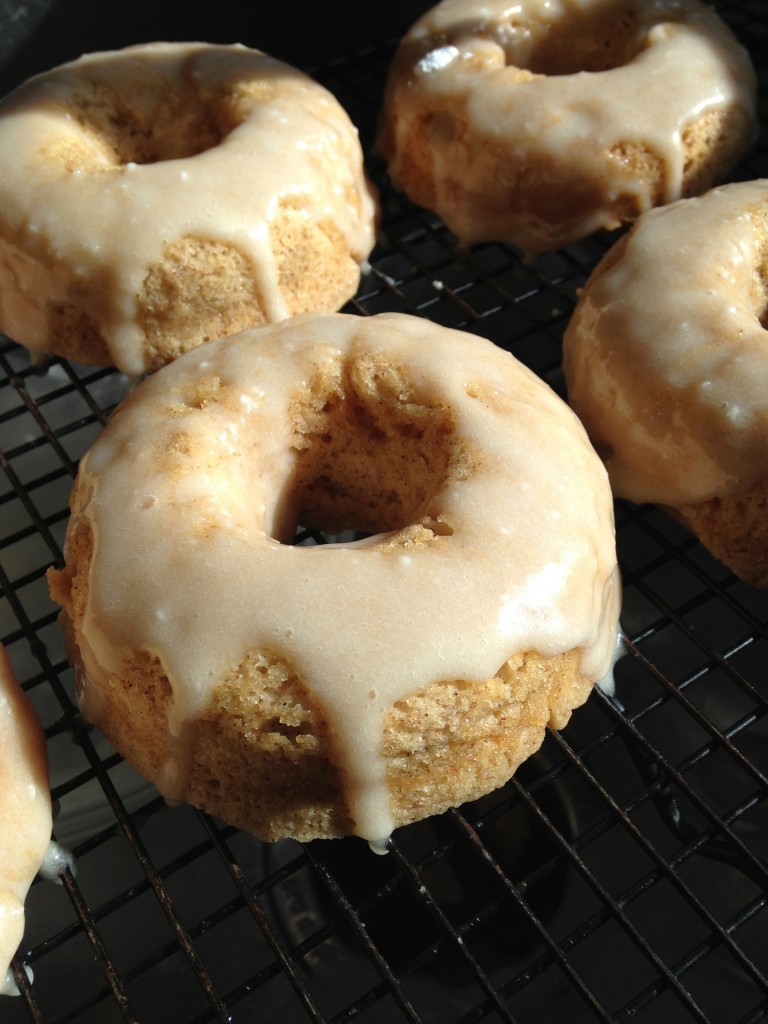