I go through a lot of vanilla extract. I bake a lot and have a heavy hand when it comes to pouring the vanilla. I like to use “good” real vanilla extract. I’ve tried many of the higher end kinds, which can be expensive, but I think it makes a difference in baking flavor. It might totally be in my head. Either way, I’ve decided to make my own vanilla extract and have an experiment with the flavors, and possibly save some money in the process. 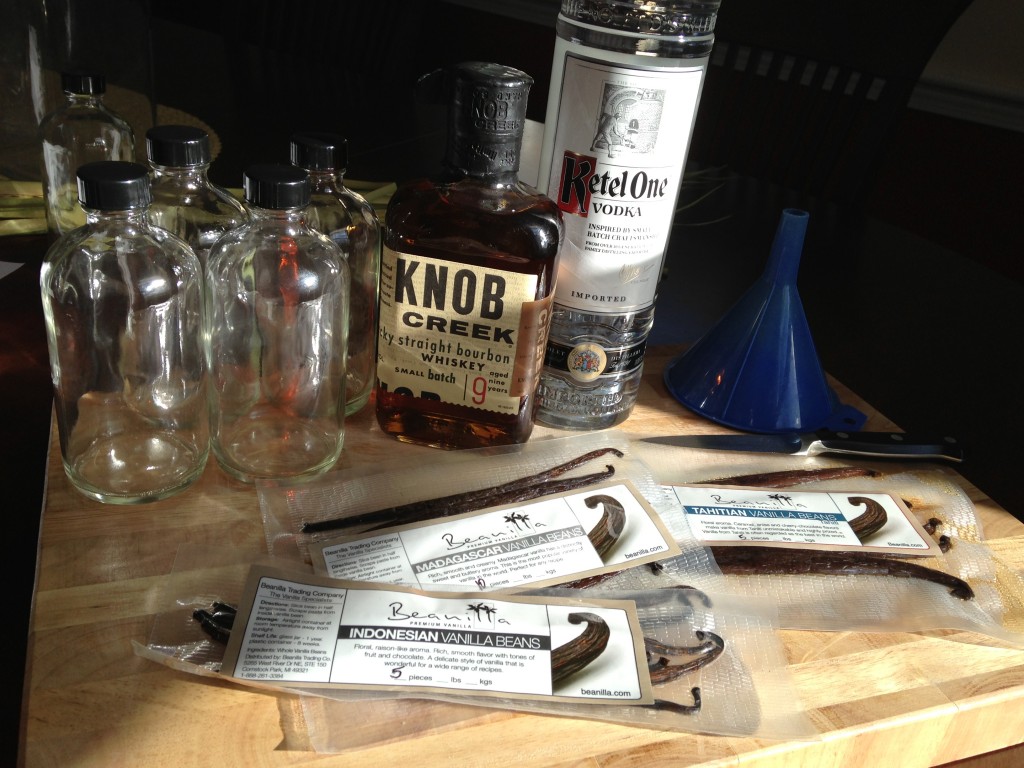 Making extracts of any kind is generally an easy process; you put your desired flavor in alcohol and wait. Typically people choose lower end vodka as the alcohol because it doesn’t add much to the taste, but other liquors can be used to deepen or enhance a flavor. 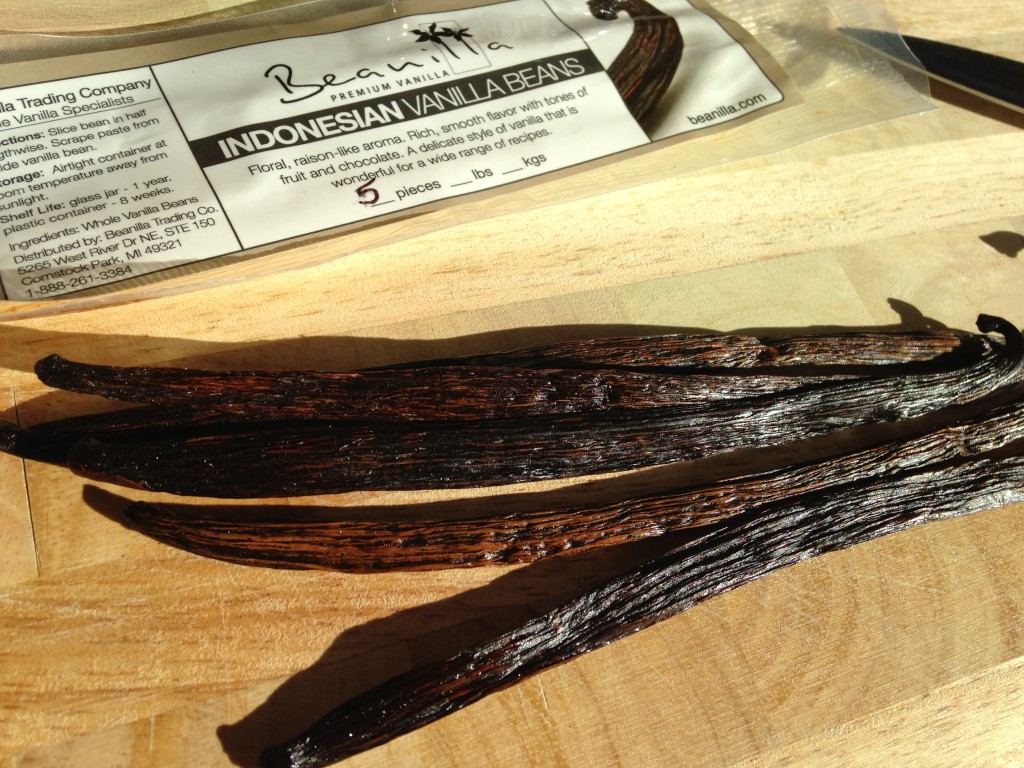 I ordered three different kinds of vanilla beans and some 8 oz. glass bottles from beanilla.com. You can find glass bottles cheaper elsewhere, recycle some from something else, use canning jars, etc. You want to pick something that does not have residual flavor in it, isn’t practical to pour or spoon when it comes time to use the extract, or that the alcohol won’t eat dissolve over time.

Today when I quickly went alone to the liquor store to get the alcohol it was 50 degrees, sunny and snow was melting. On the way home, I had the windows and sunroof open. Coolio’s Gansta’s Paradise came on Sirius 90’s on 9, and I had it blasting. I was pretty gangster, obeying the 25mph residential speed limit, passenger seat of the road salt encased KIA minivan full of coupons and homemade vanilla extract alcohol, passing middle aged men out walking their maltese dogs.

The suggested rule of thumb from beanilla.com is 5 vanilla beans for every 1 cup of alcohol. Slice the beans lengthwise leaving 1/2 inch intact on either end. Stuff the beans in your bottle or jar and cover with alcohol. Store the bottles in a cool, dark place for 2 months, swirling every week or so. Then you’re done. That’s it. averie cooks did a post with more suggestions and details, including topping off your bottle with more alcohol as you use the extract to keep your supply steady. 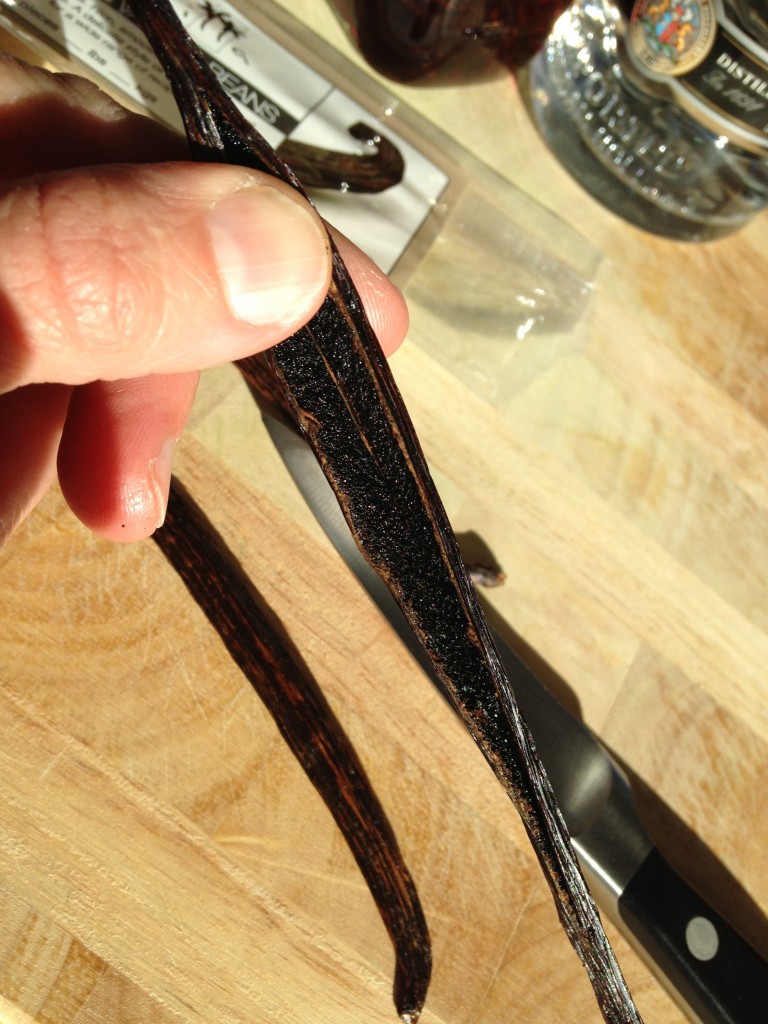 Splitting the beans was easier than I thought. The different types of beans did have different smells and textures. I did lick the inside of one of each kind (I figure, the alcohol will kill my cooties by the time it’s done, if you were worried about eating cookies from me in about 2 months) and they all tasted and felt like the inside of a Fig Newton to me. I chose Madagascar, Tahitian and Indonesian vanilla beans because they were all on sale. Madagascar is the most common bean, and I recognized it as a name from vanilla I typically use, so I ordered 10 beans of that type, and 5 of the others. I used 5 of the Madagascar beans in a higher end bourbon and all of the rest of the beans in vodka that was on sale. 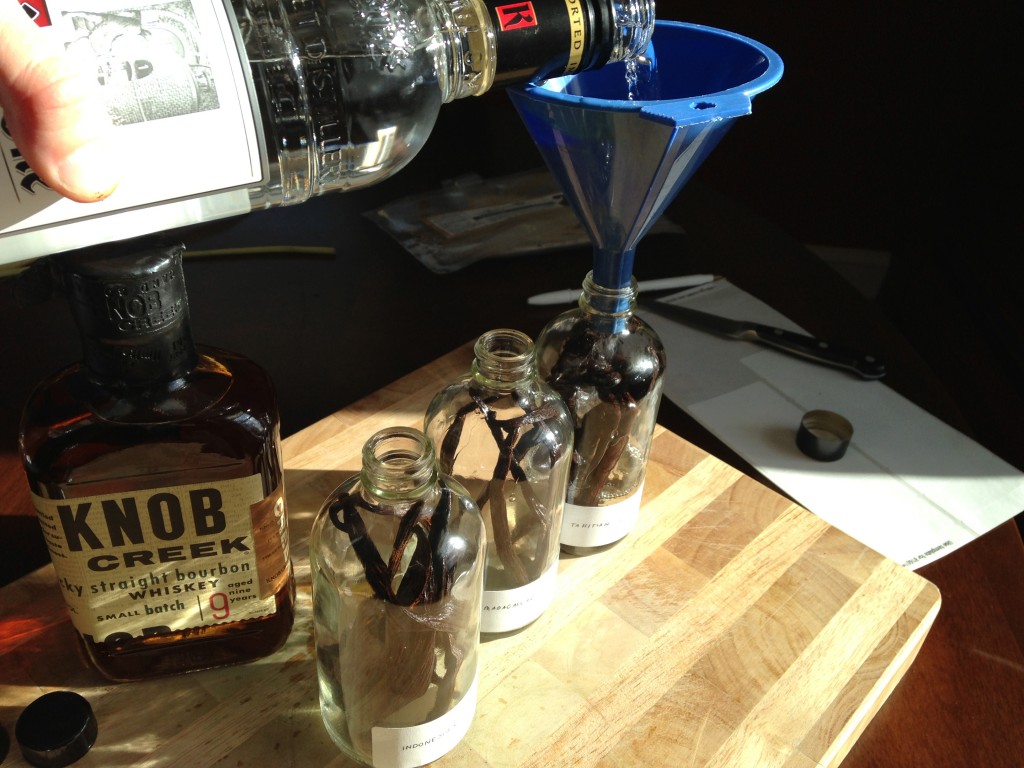 In about 8 weeks, I’ll have a lot of vanilla extract. I’ll hold my taste test, straight up and in batches of cookies. And I’m sure it’ll be totally gangster. 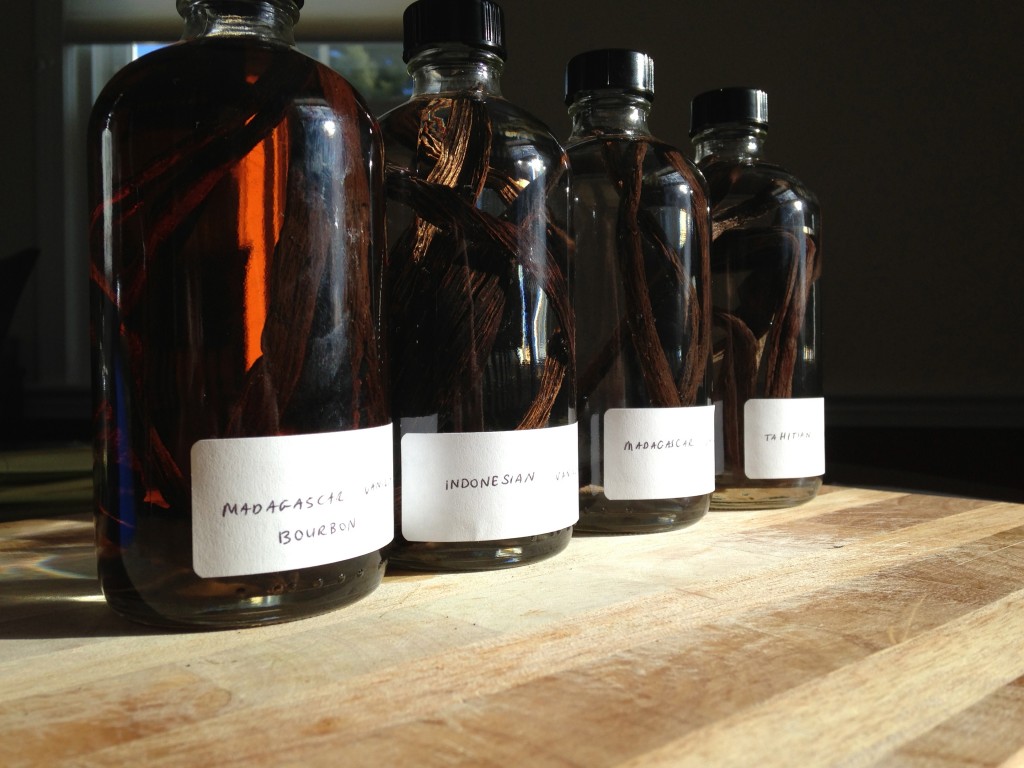