We spent some time watching the goats when we went apple picking. Did you ever notice that goats had rectangular pupils? It turns out there are all sorts of possible pupil shapes (cat owners may have noticed this from their pets’ slit shaped pupils).

We’ve researched goat pupils before, but my eight year old re-noticed them again on the last farm trip. So we looked up the reasoning online again and found out that sheep, toads and octopi also have what’s considered as rectangular pupils. The common denominator between these species is that they are seen as “prey” animals; rectangular pupils may help them perceive depth in the bright sun, the dark, and peripherally better than spherical eyes.  (This page at science20.com has one of the better explanations we read.)

We found a toad in the yard last week and the kids took pictures of it, so we went back to the pictures to verify the pupil shape. The pupils don’t look exactly rectangular, but they certainly aren’t spherical. Maybe it is actually a frog?

Maybe it’s the scientist in me, but I love being brought to this level. Seeing something in a different light. Rethinking. Marveling. Watching the ordinary morph into extraordinary. Kids don’t make many assumptions or pass little things by without wondering, observing, and, of course, the asking of “why?” On apple picking days, just like random toad/frog in the yard days, and most days, I find that, not matter how you look at it, they are right, there really is no ordinary. Sometimes you just need a little hand to open your eyes.

“There are no seven wonders of the world in the eyes of a child.
There are seven million.”    -Walt Streightiff 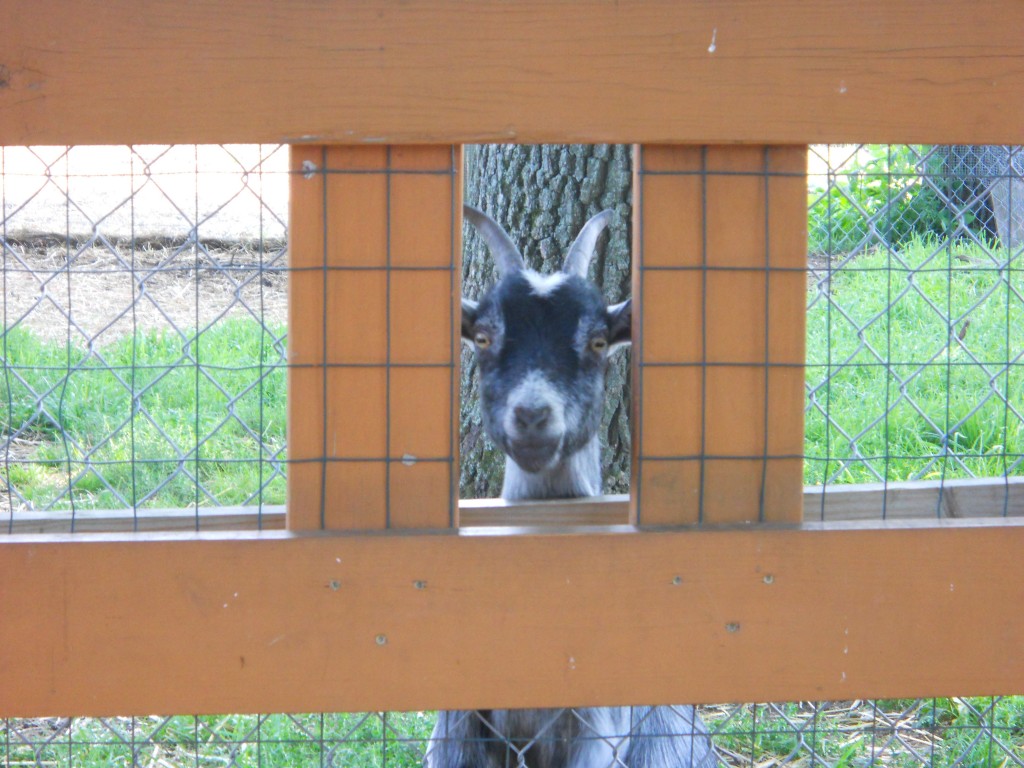