We’re still getting a haul of tomatoes other day or so. 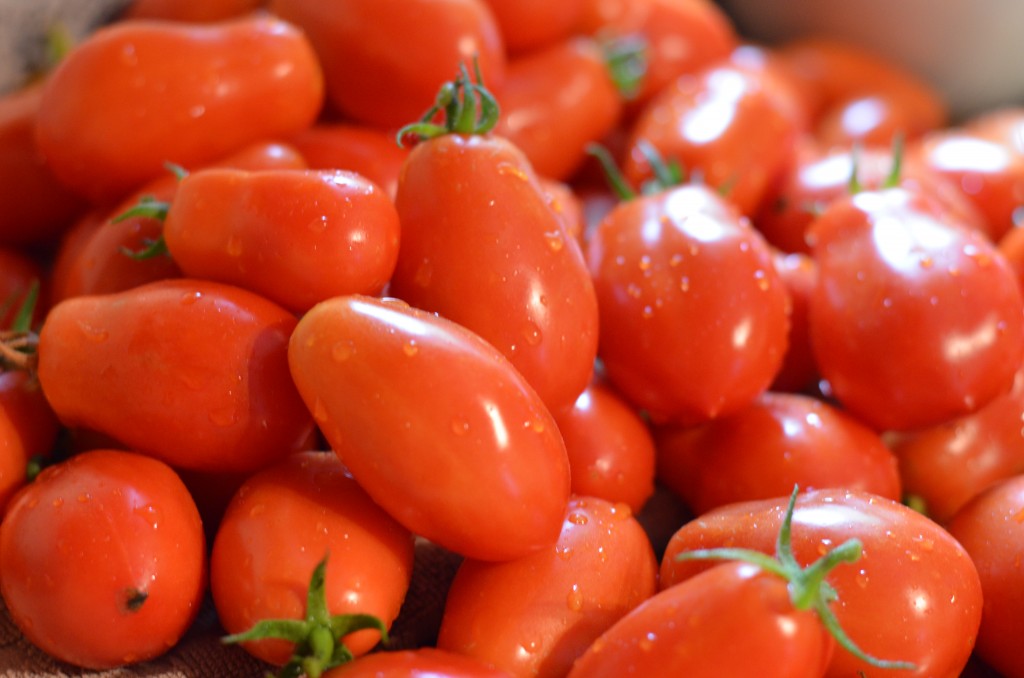 Something about school starting tomorrow made me panic about summer’s end and want to do more to preserve our summer tomato success. I also got  1/2 of a bushel of surplus Asian eggplant from our CSA last week. 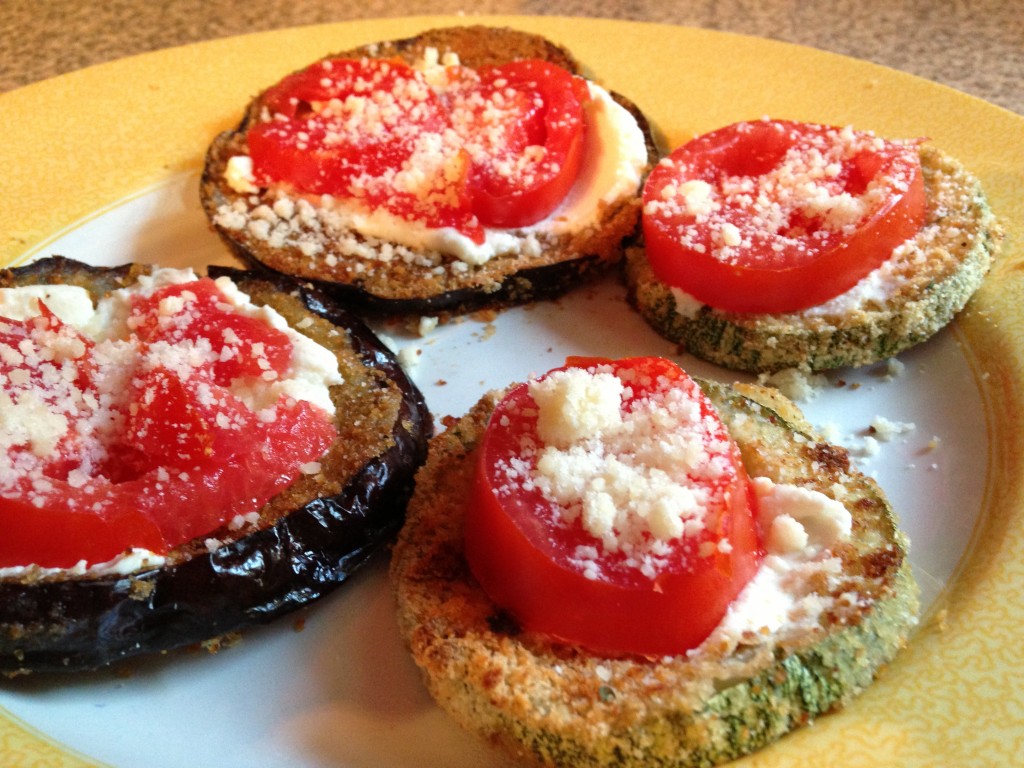 Saving eggplant is tricky. The FDA does not recommend canning eggplant in any form due to the possibility of botulism. There are plenty of Italian style pickled eggplant recipes around that have been used successfully in families for generations, and keeping something like that in the fridge for a couple weeks seems probably safe. The recommended way to preserve eggplant is to freeze it. You can make into something or loosely prep it for freezing. I baked and breaded our eggplant. I intended to do only half, but out of many ideas I went back the next day and did the second half.

I  love eggplant. I have enjoyed a rather lot of grilled eggplant this summer (just slice, drizzle with olive oil and seasoning and put it on the grill).  But I love eggplant parm and I love breaded eggplant to scoop up marinara sauce or in a sandwich. The rest of my family isn’t all that into eggplant parm so I don’t make too often because it’s rather time consuming. I prepped all of the eggplant and then used the FoodSaver to seal up lunch size portions for me. It was tedious and took a while, but I’m already looking forward to pulling that out this fall and winter. I chose to oven bake the eggplant and to cook through before freezing, but frying or freezing after dredging is an option as well. 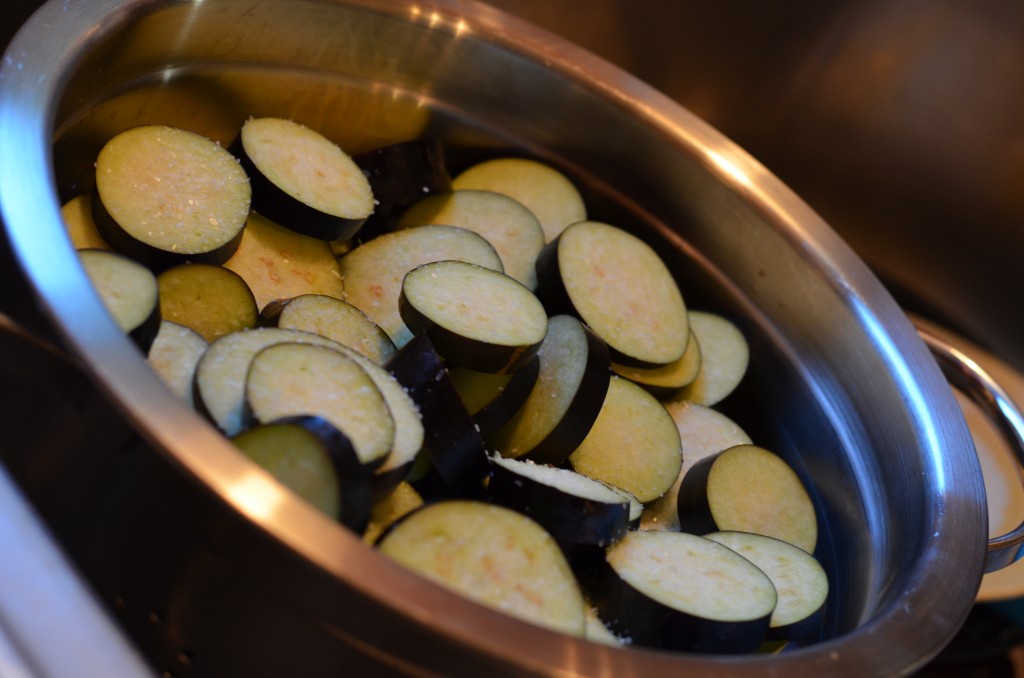 I washed the eggplant and left the skins on because I don’t mind them on, but some people prefer to peel the eggplant first. It doesn’t matter. I sliced the eggplant into 1/4 inch slices, sprinkled it with kosher salt and layered the slices in a colander to sweat out some of the moisture for an hour or so. Then I rinsed the salt off of the slices and laid them out on a couple layers of paper towels for another hour or so to draw out a little more moisture (and dry them from rinsing the salt off). After that I dredged the slices in all-purpose flour mixed with a little seasoned salt, followed by an egg wash, and finally breadcrumbs with Italian seasoning. I spread them out in a single layer on a cookie sheet sprayed with cooking spray and then sprayed the tops of the eggplant. 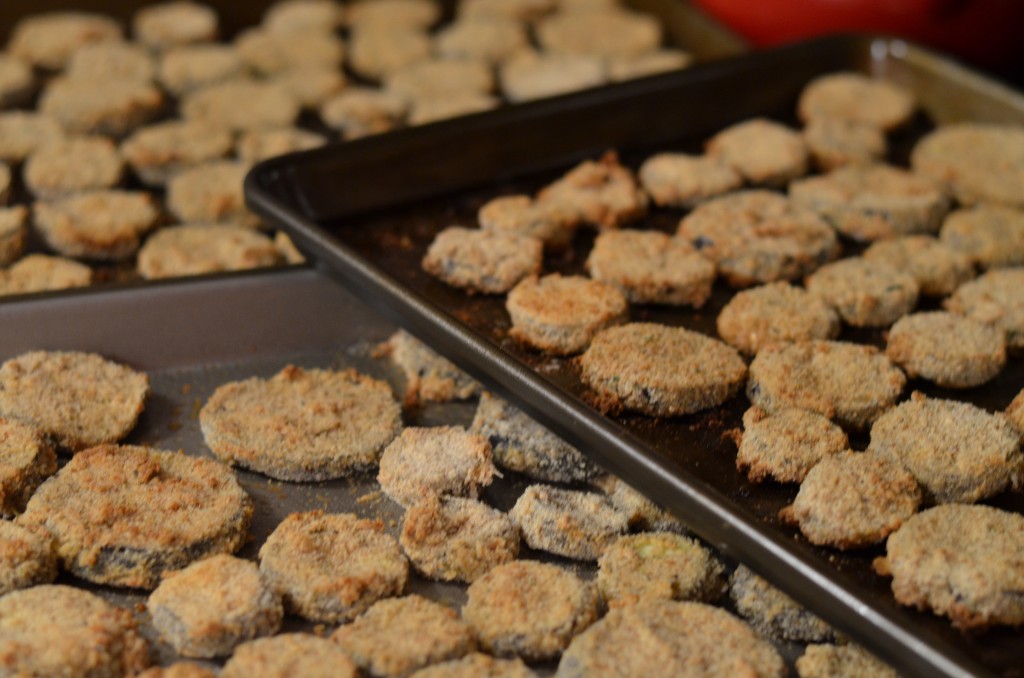 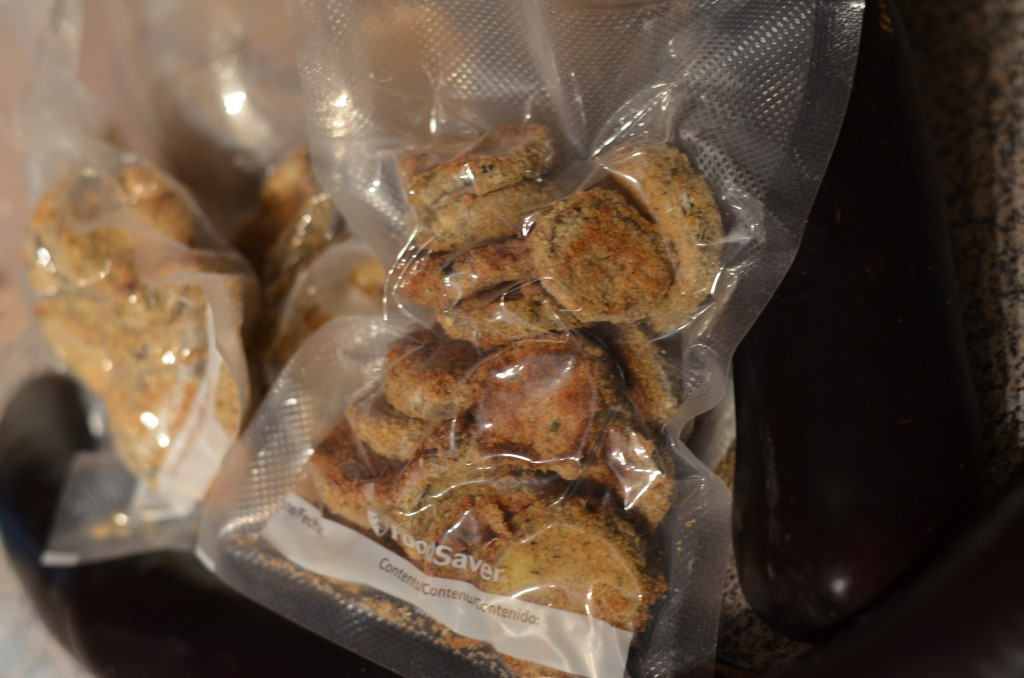 For our hefty glut of tomatoes, we already have bags of peeled whole tomatoes and sauce frozen, so I canned tomato sauce for the first time using the pressure canner (http://www.pickyourown.org/canning_tomatosauce_pressure.htm). I recruited a helper to run it through the sieve. 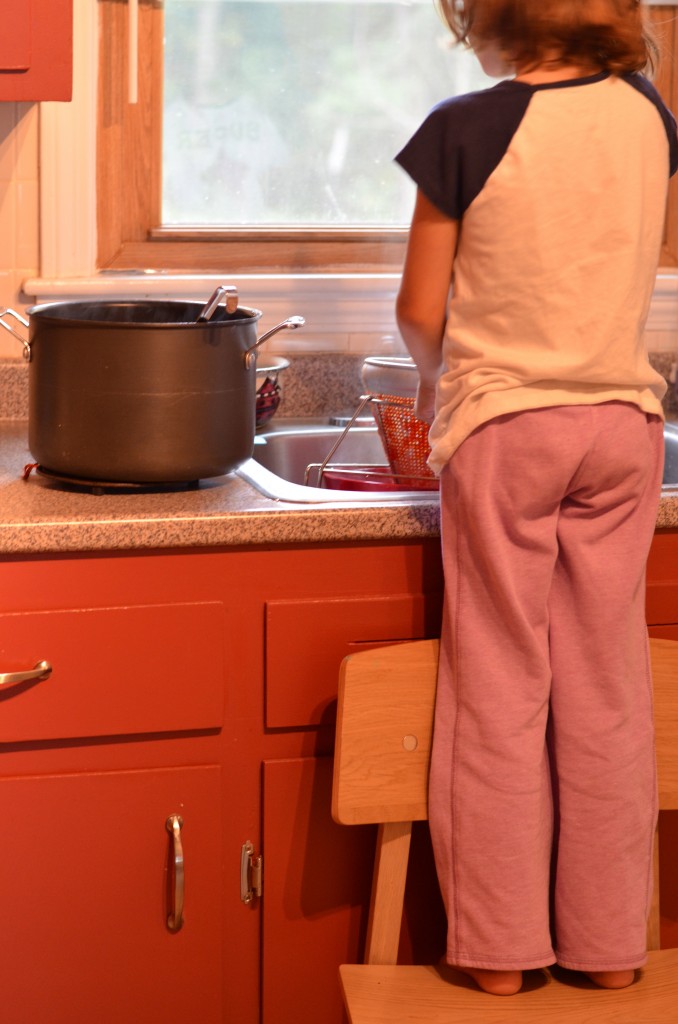 The pressure canning worked, so I tried to make salsa to can. But it didn’t work. The bottles did not seal so they are in my fridge. I used a recipe like this one: http://www.pickyourown.org/salsa.htm except the Ball Canning Recipe book and added in one habanero pepper from the garden for the whole batch. I’m not used to cumin in the salsa, so it tastes like sloppy joe mix to me and is HOT from the habanero. I’m not sure I’ll try that again. 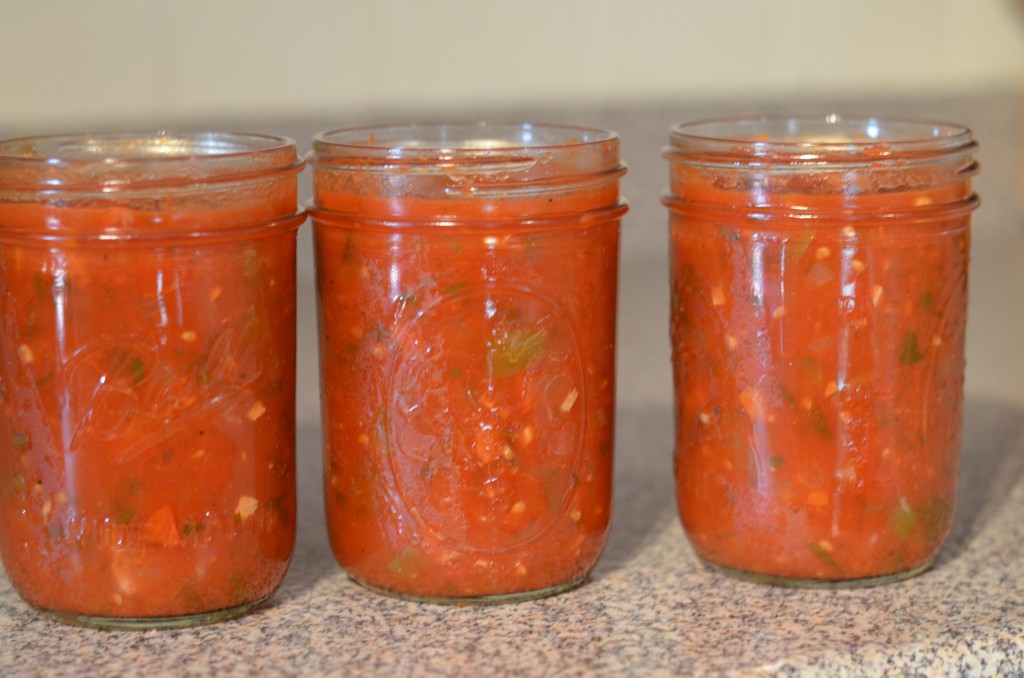 I also made oven dried cherry tomatoes (vacuum sealed and stored in the freezer), but we had some golden cherry tomatoes from the CSA and teeny sweet 100’s from our garden and they are delicious, but they aren’t nearly as pretty as these: http://smittenkitchen.com/blog/2008/08/slow-roasted-tomatoes/
I might bring in some roma’s and dry some out for kicks. 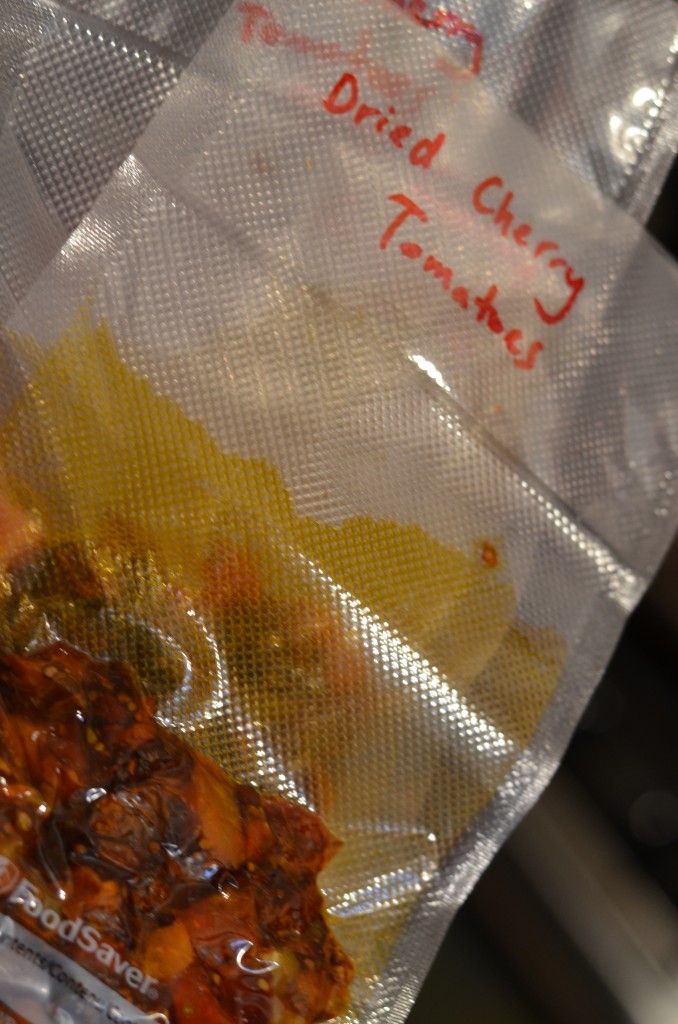 Does anyone have any good recipes/ideas for saving for tomatoes?