There are a lot of reasons that my family is lucky. One is that we have extended family that hosts us frequently and with open arms at both the ocean and a lake front. We took advantage of that this summer. Added up we spent over a month of our summer away at these family homes.

This last week we spent at the lakeside house, a 5 year old neighbor came over and showed us his Rainbow Loom and how to use it to make rubber band bracelets. Up until last week we had missed out on this summer craft fad. Besides seeing it pushed on the cover of every weekly craft and Hallmark store circular for the past few months, we hadn’t checked it out at all or seen it up close. I wanted to make sure you all didn’t miss out, because it’s a pretty good one for school age kids and with little expense and no craft skills or prior knowledge, you end up with a pretty cool end product pretty quickly. 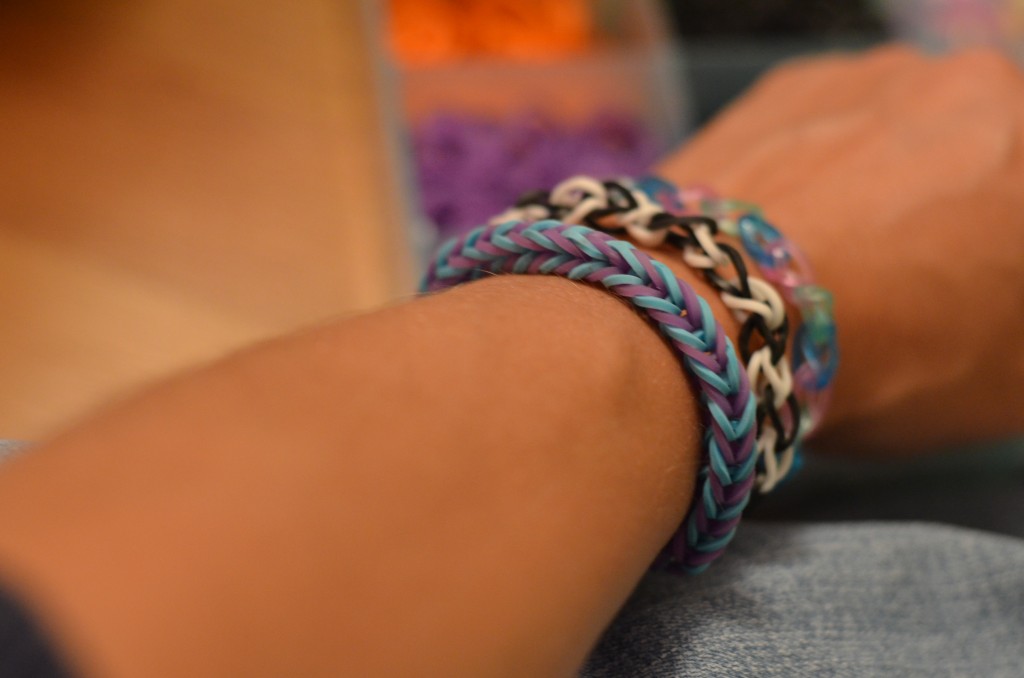 The basic patterns to make rubber band bracelets are very simple – quick to make, quick to learn and supplies are inexpensive. You can dress the simple patterns up with charms or color patterns. The rubber bands are cheap, (currently) readily available and come in a full rainbow of solid colors, as well as tie die, glitter, glow in the dark and probably others. I love that this is a craft that is great for boys or girls in technique and end product, and that there is such a small commitment in time and equipment for the end product, if you are over it after making a few bracelets, you use the leftover rubber bands to close your chip bags and call it a day. It is definitely easier for the 6 years and up crowd because of fine motor dexterity, but because the instructions are simple for the basic patterns, some younger kids could get it too.

Once you get bored of basic patterns, techniques grow in complication, and for that you will most likely need a loom of some sort. Our friend had the Rainbow Loom (I’ve seen them at the local Hallmark store), but there a other  brands you can buy. Our friend showed us a pattern his mom stayed up into the night doing that used almost every peg in the Rainbow Loom. She was laughing telling us about the 9 year old experts on YouTube she was following.

During our introduction to rubber band bracelets, my kids pretended to be uninterested and unimpressed, but as soon as we got back home, we all admitted that we wanted to try it. Since we aren’t to the six wide complicated patterns that require a YouTube tutor yet, we have started off making simple patterns without a loom and with a homemade (nails in a board) loom. We have played a little with the nail type and placement. So far two nails that have a pretty big head on top, are thicker than a tack and a few inches long, placed a couple inches apart work the best for the patterns and bands we were using.  You may also need or use a crochet hook to manipulate the rubber bands, we tried this, but for the simple patterns, just using our fingers was easier for us. 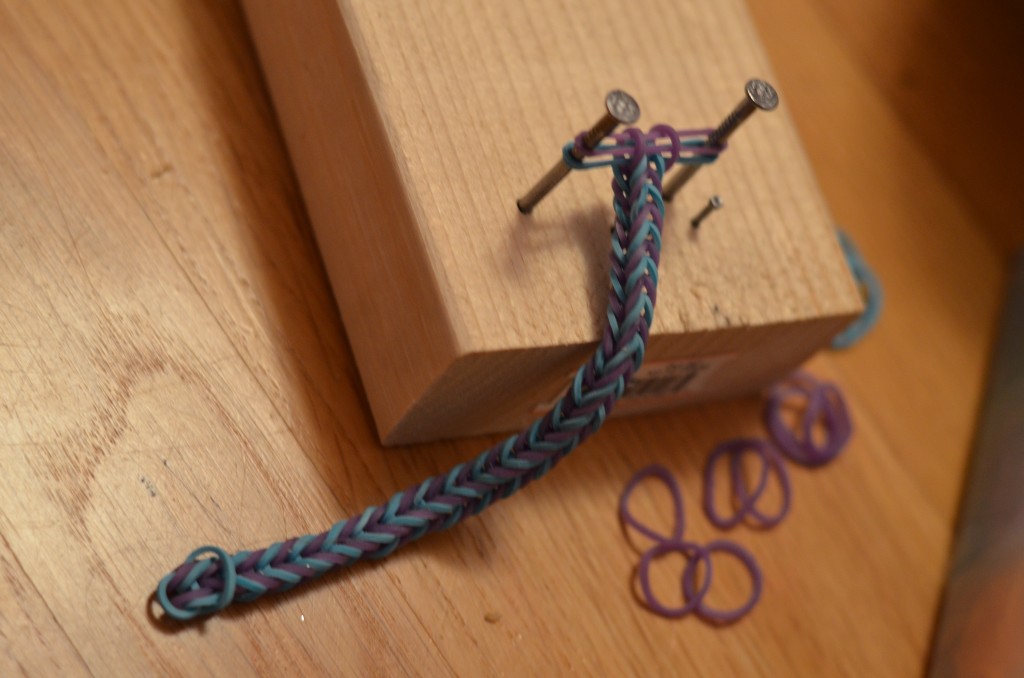 I know many kids have returned to school already, but my kids have until next week before school starts and this discovery has been a wonderful last taste of summer vacation. I have a feeling that next week it may prove to be a good way for my crew to unwind, as well as give my anxiety chewer something fashionable to gnaw on during the first week of school. 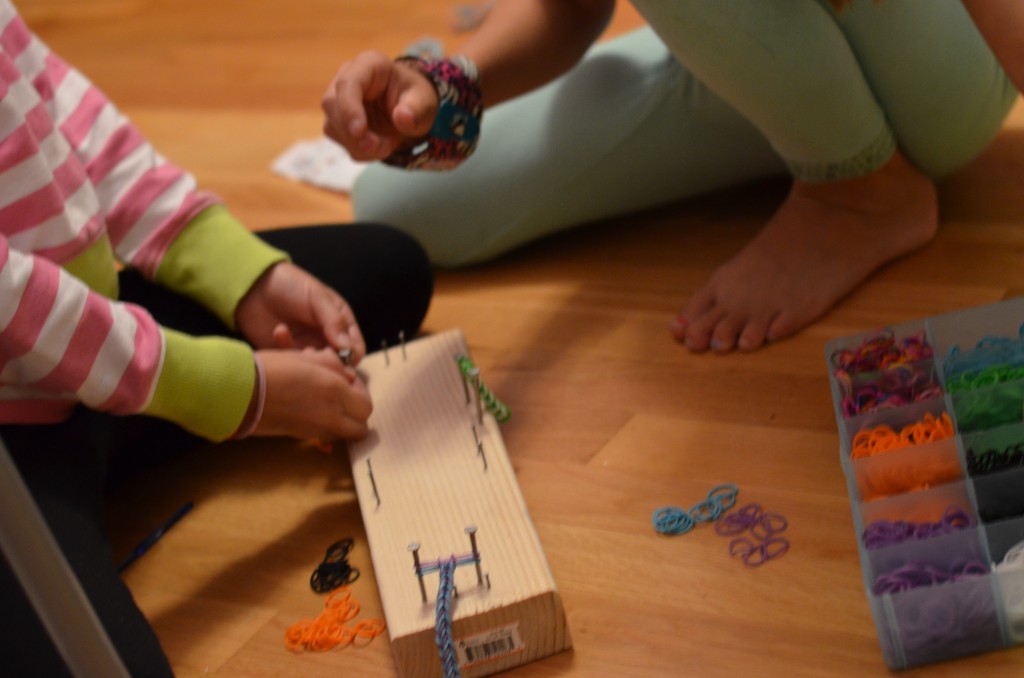 Today I received an email that this Saturday most A.C.Moore stores have a free Make and Take from 1-3pm if you want to try out a rubber band bracelet technique. I’m not affiliated with A.C.Moore (or Rainbow Loom or any rubber band company) and don’t know much about the event other than receiving an email that says pretty much what I just wrote, so call your local A.C. Moore store if you want more information.